I’m have problem in Arch Linux, the graphic is bugged, as in the picture.
How to resolve? 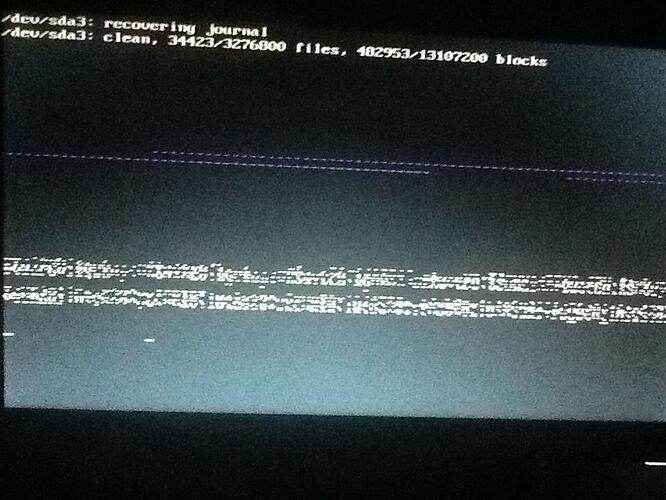 OBS: The video card is not damaged

Without infos no one can help you. People can’t read minds.

Yes, you should describe better your issue, for example in which conditions you obtain this error, what was u doing when graphics was bugged? What Arch linux or Ubuntu version are using or if it’s a recent OS installation… which nvidia driver version is installed in your system and if you asked this in ArchLinux or Ubuntu community forums…

sure…
The problem comes after installing Arch Linux (after reboot), is SSH on image
neither installed… the problem is the video card, but video card in perfect condition for use
Operate normally, the system does not freeze…

What information do you need?

run (root) nvidia-bug-report.sh and upload to forum, for example