Ok, this is my problem. I’m using the curve editor to rotate a door which I imported from Unreal Engine 4.26.
However, the problem is I can’t see the rotate X Y Z coordinates only the Translate and scale options and also this orient thing which I have no idea what that is. Is there a way to add the rotate coordinates onto an object?
Please see the image below. 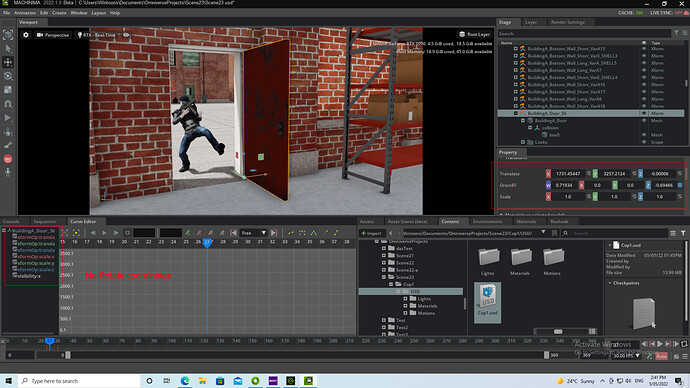 Ok, so I’ve come up with a simple idea if you can’t rotate an object which was imported from UE. This is how you can do it.
Create a shape (either a square, cone, sphere whatever) and move onto the pivot point where you want the object () eg the door) to rotate (say on the corner of the door). Then, select the two objects (cube and door) and constraint the two by going to
Animation → Constraints → transform Constraints

Then all you have to do is animate or rotate the Cube on the Curve Editor and the door will also animate/rotate as well.
Hope this will be helpful if anyone was in the same boat as I was.

@Wintoons Adding an extra Xform to apply the rotations you want is a good solution.

Looking at your screenshot, it looks like the object is using a quaterion for rotation instead of Euler rotations. That’s what the “Orient” property is. It stores a quaternion and it’s not keyable.

So, an alternative solution would be to add a “Rotate” TransformOp which is keyable. 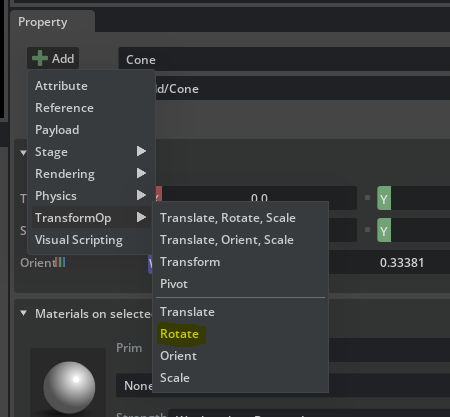 You could then decide whether to delete or keep the “Orient” property.