Creating a connectors with python

Hi,
I am trying to create my own omniverse connector and I code in python.
So far the tutorials I have found work on the CPP file and they are very thorough.
I need a step by step guide to begin creating my own connector.

Hi @Ai-Da. Sorry for jumping on this one a bit late, but we do have a Python connector example in the “Connect Sample Omniverse Connector” in the Exchange. 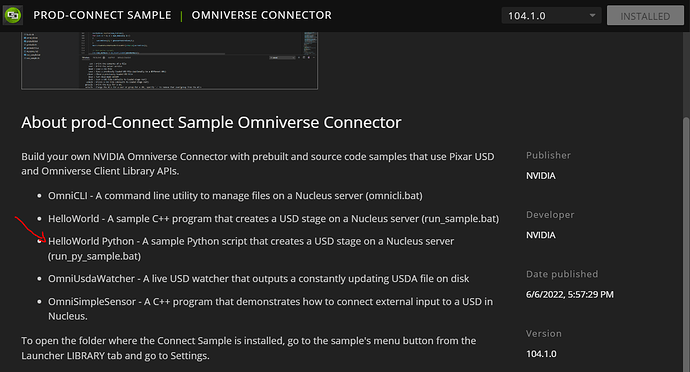 It would be much easier to use omniverse’s python if it was current, i might be the person that suggested you upgrade from 3.6 which was already deprecated, 3.7 will be deprecated in 11 months.

you should use the same python (3.9) as the 3d apps if you want better interoperability from people that write the DCC scripts, ie: having the same version of python to embed in kit that exists in blender, maya, houdini, substance, all the AI stuff (pytorch,etc)

edit: i mean being able to write a python script that can import unreal, blender, pymel and omniverse in the same script.