I did the first calculations (pmemd.cuda in Amber12) with systems around 60K atoms without any problems (NPT, Langevin), but when I later tried with bigger systems (around 100K atoms) I obtained “classical” irritating errors

So this was obviously the reason for memtestG80 tests.
( https://simtk.org/home/memtest ).

On both cards I have obtained huge amount of errors but “just” on
“Random blocks:”. 0 errors in all remaining tests in all iterations.

I have some questions and would be really grateful for any comments.

Anyway for the moment I assume that the problem might be due to the high shader/GPU frequency. (see here : http://folding.stanford.edu/English/DownloadUtils )

Obviously I am working with these cards under linux (CentOS 2.6.32-358.6.1.el6.x86_64) and as I found, the OC tools under linux are in fact limited just to NVclock utility, which is unfortunately out of date (at least speaking about the GTX Titan ). I have obtained this message when I wanted just to let NVclock utility to read and print shader and memory frequencies of my Titan’s:

I would be really grateful for some tips regarding “NVclock alternatives”,
but after wasting some hours with googling it seems that there is no other Linux
tool with NVclock functionality. So the only possibility is here perhaps to edit
GPU bios with some Lin/DOS/Win tools like (Kepler BIOS Tweaker, NVflash) but obviously I would like to rather avoid such approach as using it means perhaps also to void the warranty even if I am going to underclock the GPUs not to overclock them. Am I right ? So before this eventual step (GPU bios editing) I would like to have some approximative estimate of the probability, that the problems are here really because of the overclocking (too high (boost) default shader frequency).

This probability I hope to estimate from the eventual responses of another
Titan SC users, if I am not the only crazy guy who bought this model
for scientific calculations :)) But of course any eventual experiences with
Titan cards related to their memtestG80 results (also in connection with
eventual warranty claim) and UNDER/OVERclocking (if possible in Linux OS) are of course welcomed as well ! If any NVIDIA expert/developer will read this my contribution I would be grateful for “recommended/standard solution of such unpleasant situation”.

Thanks a lot in advance for any comment/experience !

Thanks to one valuable response in EVGA forum ( http://www.evga.com/forums/tm.aspx?m=1940998 )
I finally learned that except “CLOSED” variants of memtestG80/memtestCL which are
available here : https://simtk.org/project/xml/downloads.xml?group_id=385 there are also
available “OPEN” variants which seem to be more up to date and which differ from “CLOSED” variants
at least in one thing: There was fixed sync error in random blocks test :))
here are the OPEN version src links: 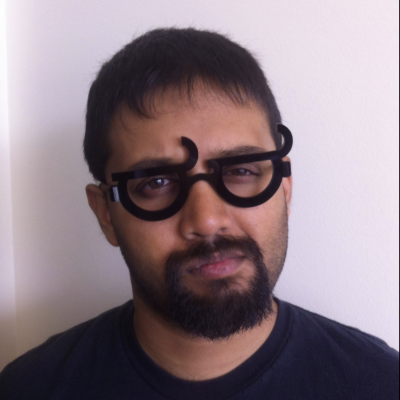 CUDA-based memory tester for NVIDIA GPUs. Contribute to ihaque/memtestG80 development by creating an account on GitHub.


here is the sync fix code

OpenCL memory tester for GPUs. Contribute to ihaque/memtestCL development by creating an account on GitHub.

When I tested my factory OC TITANS with patched (OPEN) version of memtestG80 I obtained
0 errors !!!

So it seems that my original problem with particular MD calculation which inspired me to test my new OC Titan cards with memtestG80 do not have origin in GPU hard/soft errors.