Hey,
For the last 6 years I’ve been working on my free time in reproducing an Opel GT.
Due to it many fine details and complex geometry, for many years I weren’t able to render it at all. One day Blender got an new render engine (Cycles) that allowed both CPU and GPU rendering which allowed me to see it rendered for the first times, but this only using the CPU, taking around 8 hours of time and 3Gb of memory (which was my old workstation main memory limit by the way, GPU had only 1Gb).

Way tired of this situation I bought and NVidia GeForce Titan with the new workstation.
To show you what happened I made this video, it has 6 minutes and runs in real time: 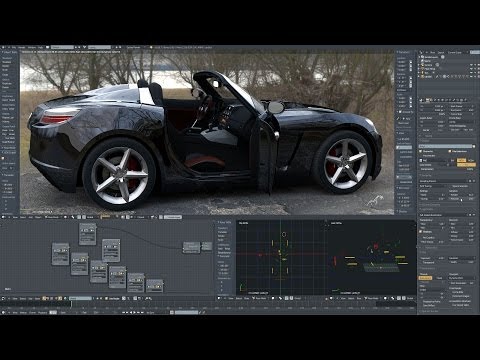 Opel GT can be downloaded for free, under a creative commons licence, until March 2014 here:
http://millzone.org/opelgt/