How do you specify where programs run when you have 2 individually connected GPU cards?

Hey there, So I recently bought a second RTX3060 12gb to add to my rig and have everything working correctly; other than the fact that the programs I launch only seem to use the video memory of the first card. (With exceptions of specific programs that are designed to run an all at once.) I don’t mind that the cards don’t share memory between them, but I’d like to at least assign what programs use what GPU.

I’ve looked around the internet and it seems like Nvidia handed over Graphics processor handling to windows at some point 2019, But I can’t seem to even get options going that route. Windows can only differentiate integrated graphics and singular dedicated graphics cards through a “low & High power” setting.

So I have a goal that I know is theoretically possible, and wanted input on the topic. My current roadblock is, I can’t specify which GPU a program will try to use for VRAM.

The Goal: To get Oculus Link server, client apps and steamVR to run on a secondary GPU.

Any input at all would be appreciated. This has been killing me for a while. 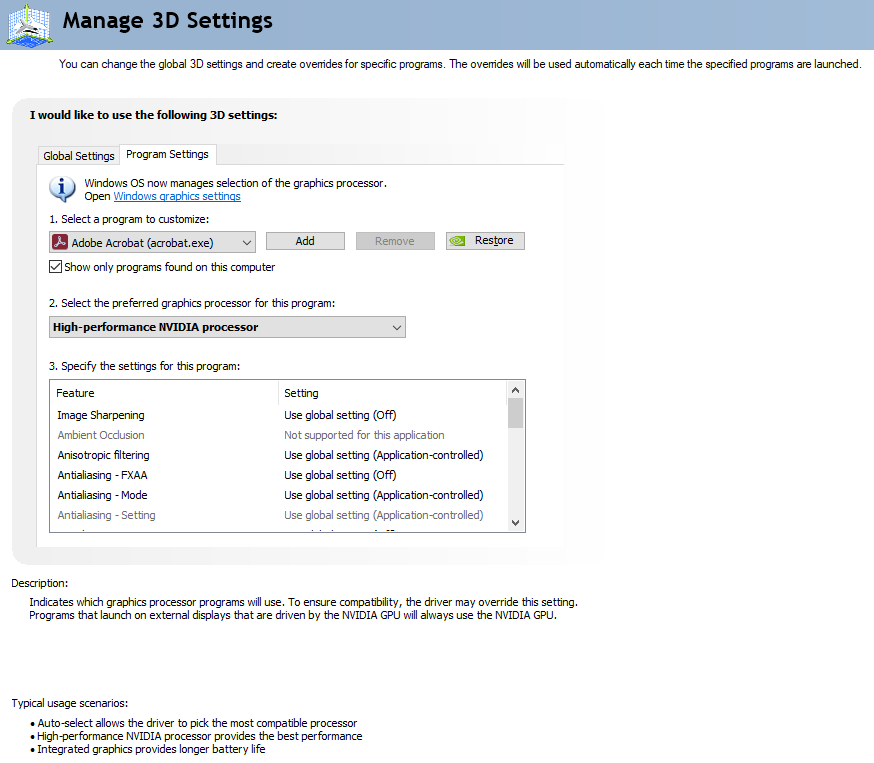 I can see the option in Nvidia control panel !

Mohamed.allem, IT seems like you misunderstand the question. and the use of that particular dropdown menu. That menu allows users with integrated CPU graphics to choose between either dedicated graphics and the onboard graphics. While what I am looking for is the ability to move programs between two separate gpus.

Just for reference, The option your displaying does not exist if, your cpu doesn’t have onboard graphics. 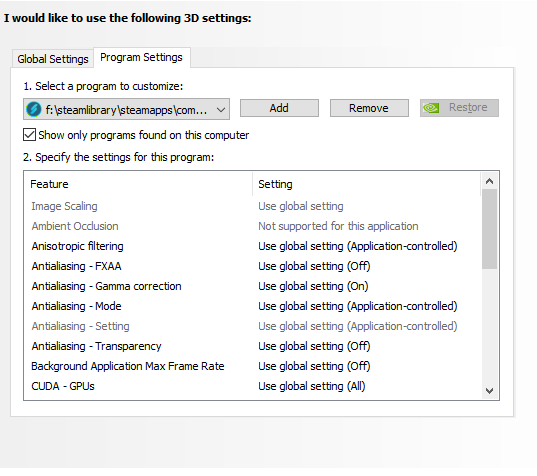