Actually I have two monitors,but usually I use only one of them. The monitor I use everyday with FreeBSD is attached to the HDMI port of the “VGA compatible controller: Intel Corporation CoffeeLake-S GT2 [UHD Graphics 630] (rev 02)” graphic chipset. And it works well. Sometimes,when I want to virtualize Linux,I attach the second screen to the HDMI port of the second GPU I have,the Nvidia Geforce RTX 2080 ti and in this way I can use even the second one. It could be useful even when I want to make some 3d modelling using Blender on the first one and using the second one to watch some tutorial. Can someone give me some suggestions about how to do that ? I tried to figure it out how to configure everything but it didn’t work. The monitor attached to the nvidia card remained black.

I tried with this xorg.conf :

This is what happens after the rebooting :

the nvidia card is not detected. But,the utility nvidia-settings shows that the driver detects two screens and that the 2 monitor is attached to the nvidia card. I’ve captured some screenshots and I’ve attached them,hoping that they can be useful to understand what’s wrong. 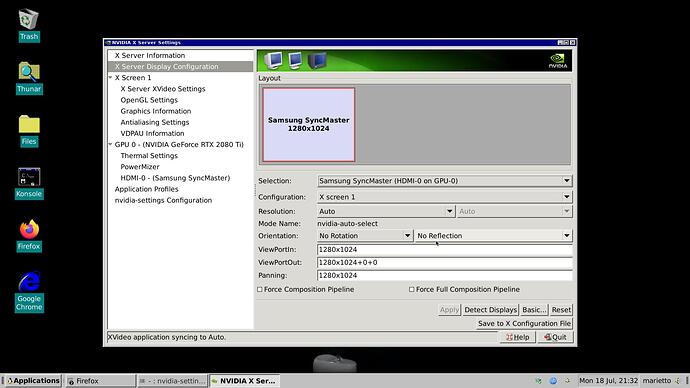 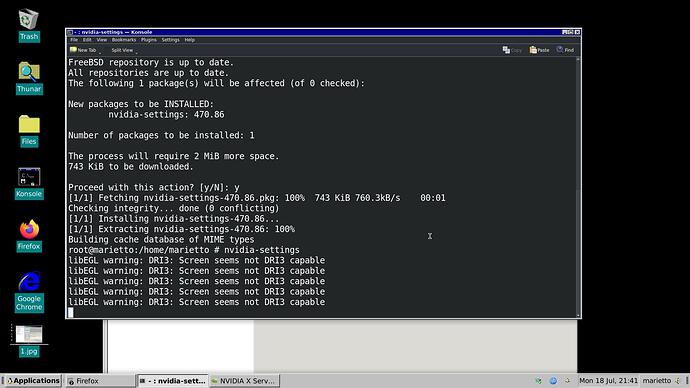 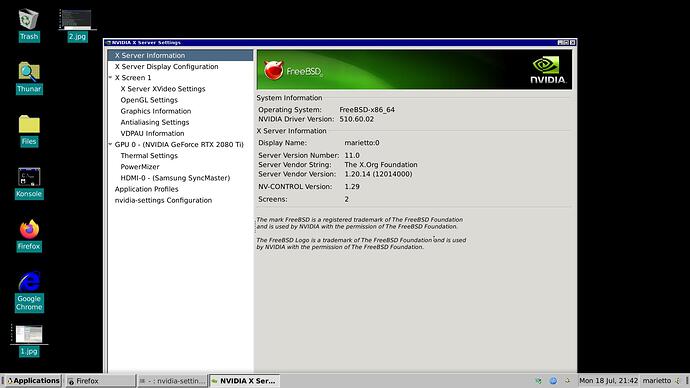 Monitor 2 is turned on and I can see the mouse pointer that can go over it,BUT there is nothing inside of it,it is totally black.

I tried also with this xorg.conf :

Using modesetting the monitor does not turn on at all. I forgot to say that on my BIOS I have configured the intel graphic chipset as primary.