I’ve been experimenting a bit with signed-distance-field (sdf)-based collisions and am generally impressed with the results!

But when I read out the mass value of the prims that were assigned sdf collisions, I found that the mass is inaccurate.

If I import a 3D model of a gear that should weigh about 2.68 kg (calculated in CAD program with the same density as in Omniverse) into Omniverse and apply sdf collisions to it, I get a mass of about 4.83 kg. A cube about the same size as the sdf bounding box (see picture) and assigned the same material also weighs about 4.83 kg. 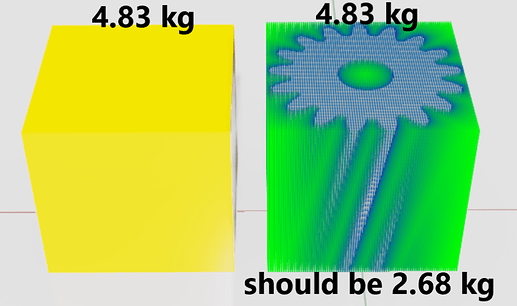 I used the mass information in the physics debug window (see image) to read the object mass. 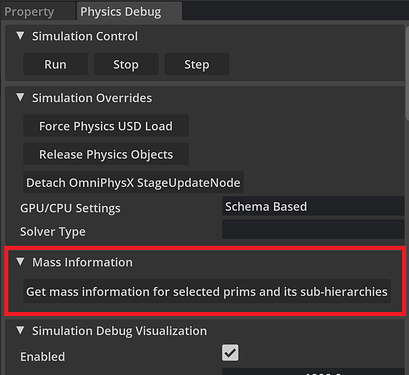 Is this a bug? And is this mass also used for the physics calculations?

Many thanks in advance!

We are aware of this issue, and it will be fixed in the next release. The SDF tri-mesh collider feature still needs more work to get it from preview to full release status.

For now, please use the Mass API to define the correct mass and inertia manually: 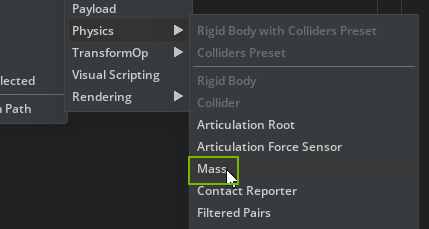 thanks for the clarification.

Then I will assign the mass manually until the next release.