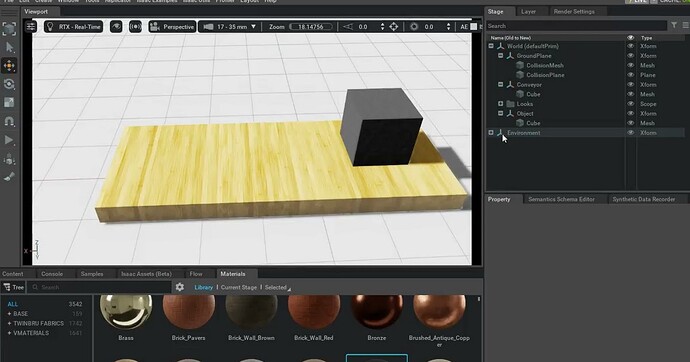 Thanks for your feedback! Deleting the node indeed does not clear up the Rigid body properties It’s made by design this way to let people have a leaner simulation scene if they so desire once the conveyors are set up (in case they don’t want the animation, and also don’t want to update the velocities). If you scroll down in the Properties pane, you’ll see the Rigid body tab, which contains the checkbox for kinematic, and the sliders for rigid body speed. you can uncheck the kinematic option, and also set the velocity to zero, and the body will stop moving the box.

your code should work to control the conveyor speed, though.

Thank you @rgasoto , it looks like what I need to control is the Rigid body’s properties if I don’t need the animation.