No GUI when running Graph Composer on remote machine

the output number correspond to the desktop number I am currently using.

I followed the same command as described in the guide

The docker container is successfully instantiated, but once I run the composer command no GUI is opened. In attachment you can see the error that arise. 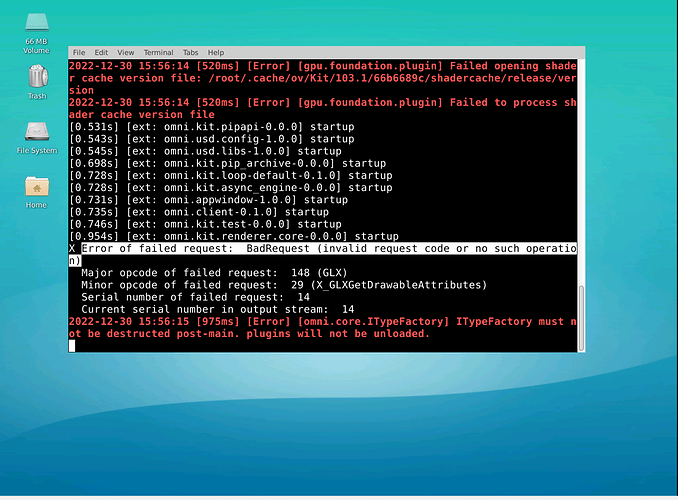 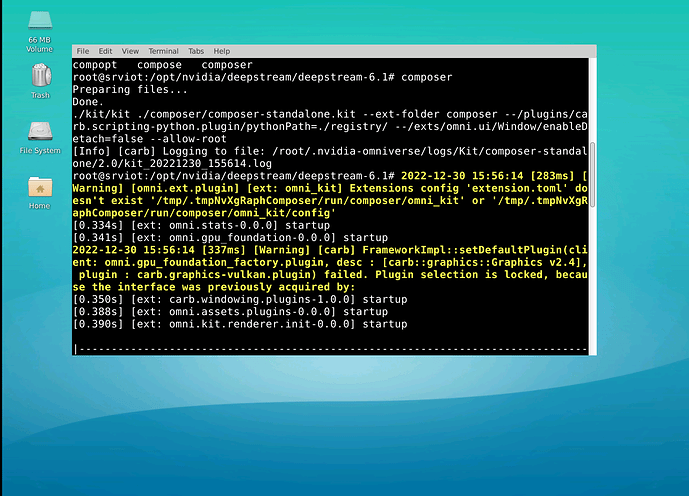 If u have any suggestion on how to solve this issue and/or why I have it, it would be really helpful!
Thanks :)

Is there a physical monitor connected with the A100 machine?Can the Graph Composer work on the A100 directly without remote access?

al monitor connected with the A100 machine?Can the Graph Composer work on the A100 directly without r

There is no physical monitor directly attached to the A100 machine. The only “monitor” i can have is via ssh connection with VNC viewer.

I managed to get the graph composer GUI by authenticating the container to access the X Server without the need of VNCviewer. First, I got an X authentication token from your host machine (A100) by running xauth list and note down one of the listed tokens. Then, I installed the xauth package inside the docker container itself and I added the token I copied in the previous step.

However, even though I get the GUI up and running it is often lagging and it is not the best user-interface experience.
Do you have other suggestions?
Thanks!!

There is no update from you for a period, assuming this is not an issue anymore. Hence we are closing this topic. If need further support, please open a new one. Thanks

There should be a physical monitor connected with the Nvidia GPU. And please make sure the Graph Composer works well on local machine before you use remote terminal.