When I use the GTX 760 I can’t even start Linux installation. As a workaround, I switched to the integrated graphics card from the processor, installed the OS and then the latest NVIDIA drivers available (version 390.xx, I also tried the version 340.xx). After switching back to the GTX with the installed drivers, the system will never bootup. Interesting is the fact that after having the drivers installed, when using the integrated GC, Linux will crash when reaching the desktop.

I did a small try installing one distro with Hyper-V on Windows and apparently the problem doesn’t happen, I imagine that’s because it is using the Windows driver and not the real Linux driver.

Does anyone have any idea? :) 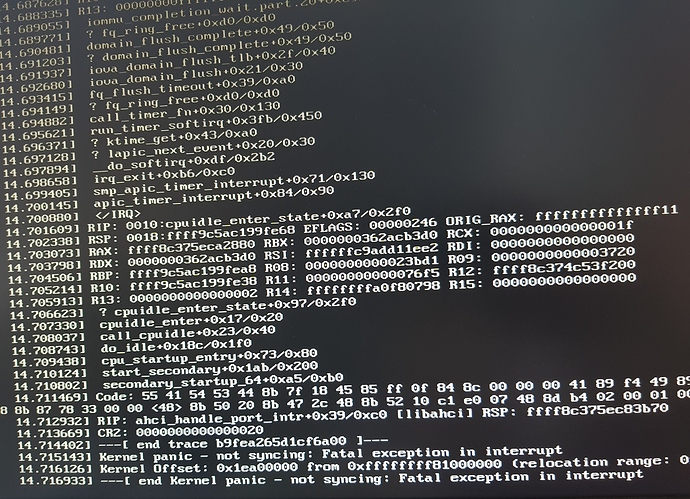 Please run nvidia-bug-report.sh as root and attach the resulting .gz file to your post. Hovering the mouse over an existing post will reveal a paperclip icon.

Just attached the report and a picture when the system crashes.
To generate the report I connected the HDMI cable to the integrated graphics card because the system does not start when connected to the GTX.

Some things to try