Hi everyone! Thanks as always for your support!

I have a few questions re: creating UI via Omniverse Kit/Code:

I’m running Code version 22.1.3, and the workstation specs are as follows:

Thanks for your help in advance!

Hi @natalia1. Thanks for the questions.

Hi @mati-nvidia , thank you so much for getting back to us so quickly and providing really helpful answers! I think this answers most of my questions.

Re: point 1, is the initial VStack necessary in order to view these collapsableFrames? As when I create a window without it and create two CollapsableFrames, only the latter shows (as seen in screenshots) 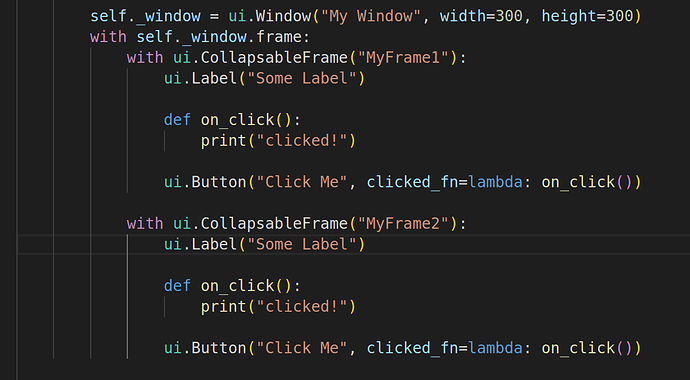 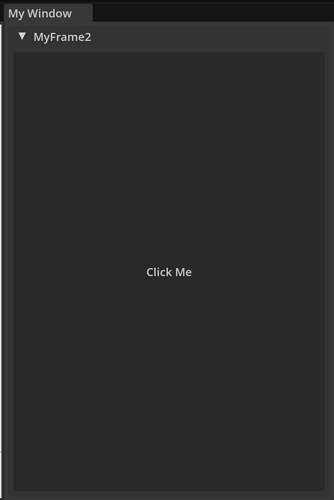 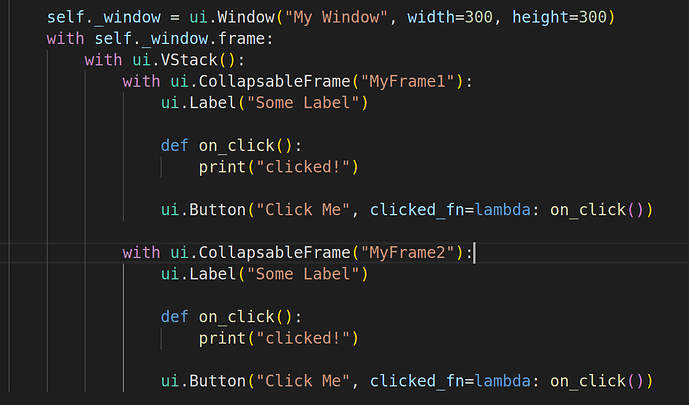 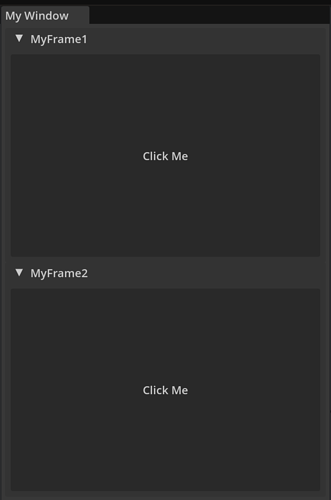 Re: point 3, here’s a video reference of the stutter occurring both with click and drag from the mouse and with the mouse scrollwheel being used to scroll on this UI.

Hi @natalia1. That example has the containers in a Frame. Frames only support one child. If you put it into a container that supports multiple children (e.g. HStack, ZStack, VGrid, etc.) it should work.

Thanks for the video. I’ll try to repro the scroll issue again. If you can share that window code too, it might help narrow it down.

Thanks for the clarification!

Here’s the code for the scroll issue test case:

Thanks again for all your support!