PSA: Building a ML Research Image for the Nano

I’ve enjoyed exploring the Jetson Nano’s potential as an inexpensive tool for ML projects. What I haven’t enjoyed as much has been tracking down dependencies, conflicts, etc. for my favorite packages. So, in an effort to save everyone some time and trouble, here is a process I’ve found works well to create an up-to-date image with:

First, download the Jetson Nano JetPack 4.2.2 image at:
https://developer.nvidia.com/embedded/jetpack
and install and configure it on your Nano, with either WiFi or Ethernet internet access.

Next, open a terminal - here is the sequence of commands to install everything:

Each install will take some time, so you’ll want to have a cup or two (or pot or two) of coffee handy while you do this.

After you’re done, you can test things by opening a Jupyter notebook at http://my_jetson_ip_address:8888 and running some code.

One last tip: since memory is so constrained on the Nano, you may find it a good idea to follow the following procedure before running any memory-intensive code:

Thanks for summarizing the installation steps.
It’s good to know it works fine on your environment : )

Confirm working on my nano as well.

I had some trouble getting scikit installer to work and this just makes it alot easier.

May I suggest you add jetson-stats, very useful tool to see both cpu and gpu load in a terminal. 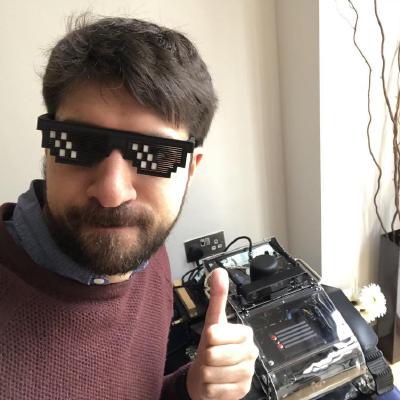