I am using L4t kernel with preempt-rt patch enabled. I would like to use native kernel tracing tools such as ftrace, ptrace and eBPF. However I find out they are not fully supported in L4t. For example, according to the tutorial on LWN.net as below.

Following kernel configurations should be enabled and I can’t turn FUNCTION_GRAPH_TRACER on.

And for ptrace, I even can’t see man page of ptrace on Xavier. Second, I try to compile pyflame which is depend on ptrace and I failed due to not defining PTRACE_GETREGS.

I wonder if there is any tool which is recommended to trace function and syscall in the kernel. Or maybe how can I use ftrace-related tools to do what I want to do.

The ftrace should be enable by default configure.

You should be able to get below trace node after boot.
sys/kernel/debug/tracing/

I mean part of ftrace functions are enabled. For example, the plugin function-graph is not enabled. Anyway, I solve my issue of identifying hotspot in my process by perf. However, I meet another issue. When I trace the function, I keep seeing undefined symbols in call-graph. My application is pretty simple. 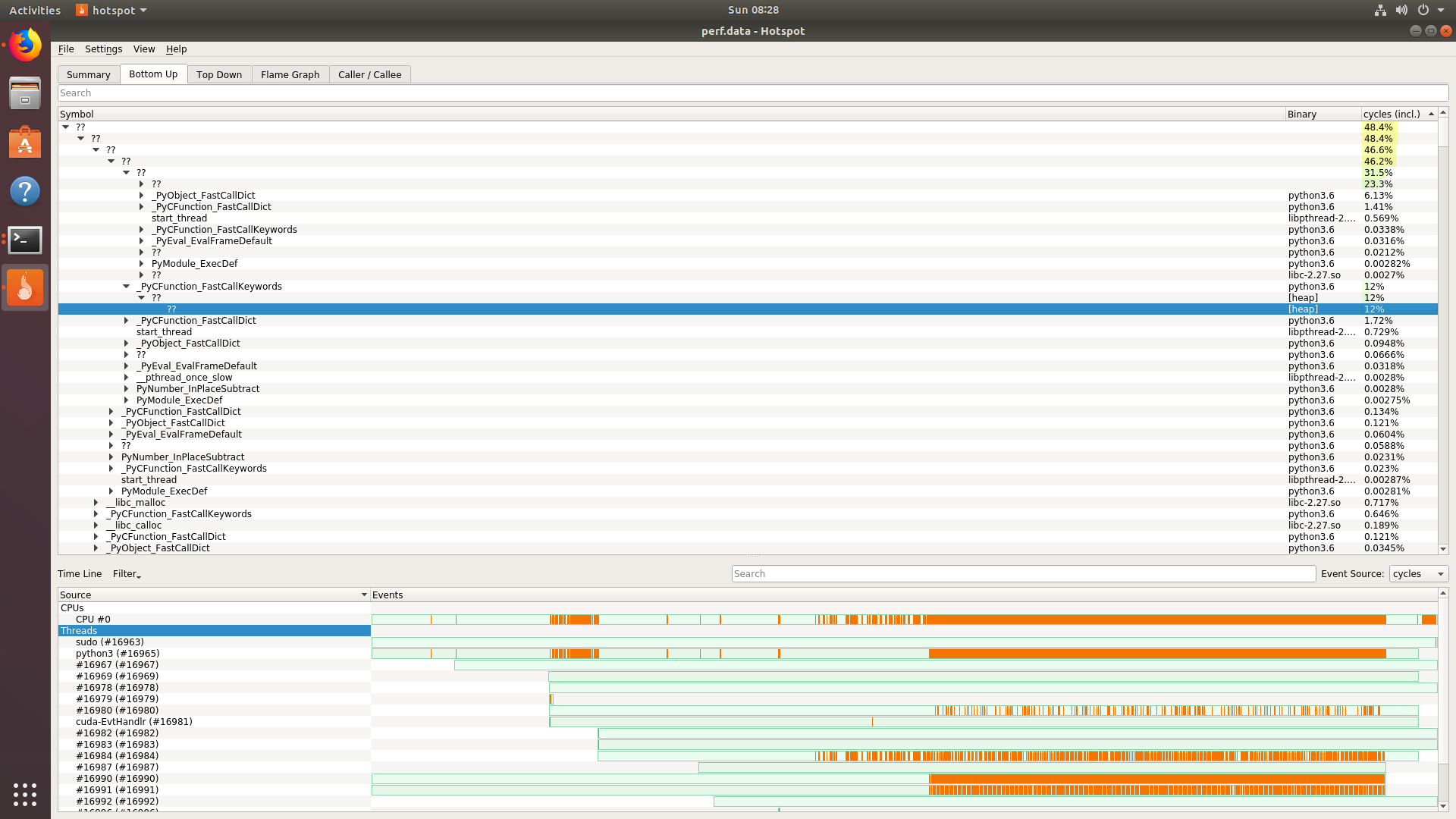 I use TF-TRT API to do inference. Those “??” are the symbols which are not defined. I wonder the root cause is from TensorRT or CPython interpreter itself. Following is the perf command for tracing.

Also, the tensorrt module in python seems not available on arm AArch64 such as Xavier. I can’t import it. Will you recommend me to use C++ API to build my product.

FYI, it looks like “PTRACE_GETREGS” is not implemented on all architectures. It is likely (but not guaranteed) that arm64 does not support this. There are many kernel tracing features and tools which are specific to a given architecture.