Some menus disappear after we close Console of Omniverse View

Hi, I encountered the issue regarding UI by Omniverse View.

Once we close “Console”, some menus in “Advanced” menu disappeared.
I confirmed this issue by several environment so I think environment is not regarding. 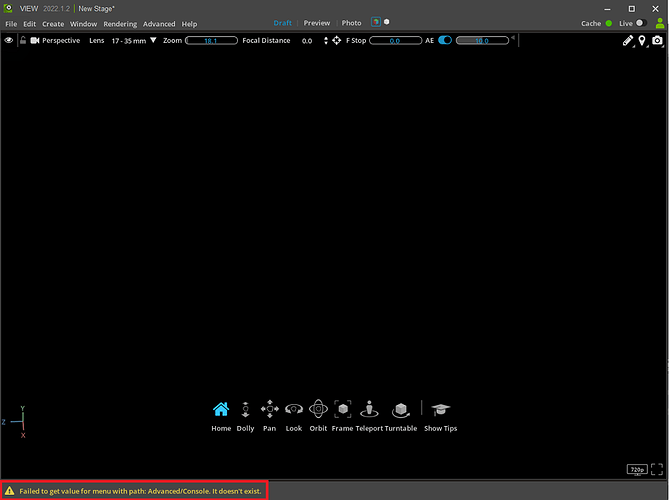 Hello @masahiro.suzuoki! I’ll forward this post to the dev team. I’ll post back here when I have more information!

Hi @masahiro.suzuoki! I wanted to inform you that we were able to reproduce the issue on our end. We created a bug ticket on our end (OM-55352). I was informed that the dev team is working on a fix for this now and that we can expect it in the View 2022.1.3 hotfix release.

Thank you for the answer.
It’s good to hear that this will be fixed.