I’m developing a vr application with ue4 vrworks branch by nvidia, but i still trying to check if SLI is correctly set: according to nvidia control panel it is so, but there are a couple of clues that are making me souspicius about it.

i also tried to enable and disable the vr.MGPU variable from console log to 1/0, but it gives no explicit nor clear answer about it, just repeat the new variable value, moreover nvidia-smi tool still display a similar amount of workload on both the gpus while changing vr.MGPU value.

the only confirm that sli is working is that opening the same application from standard ue4 editor make the second gpu having no workload (0-5% according to nvidia-smi).

Also, from VRWorks.cpp it looks that vr.MGPU = 0 by default, but there’s no available flag from project settings in the editor, opposite to InstancedStereo and SinglePassStereo

Is there anything i am missing? 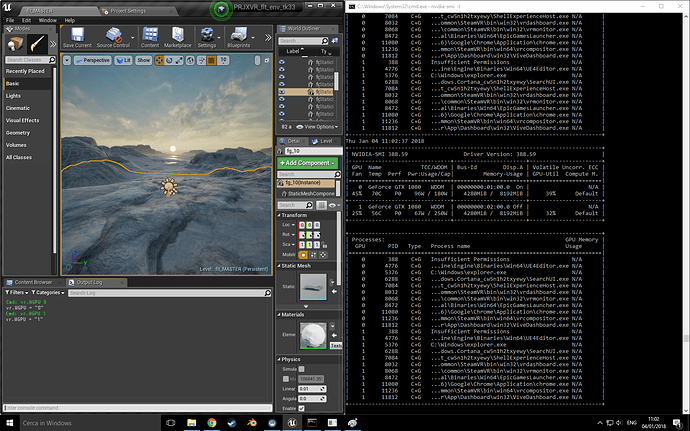 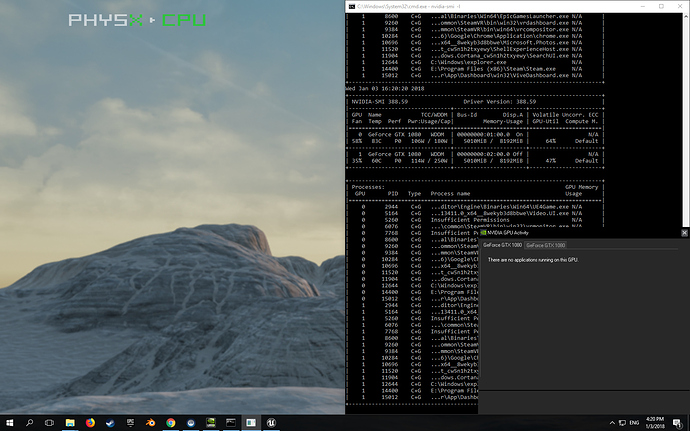 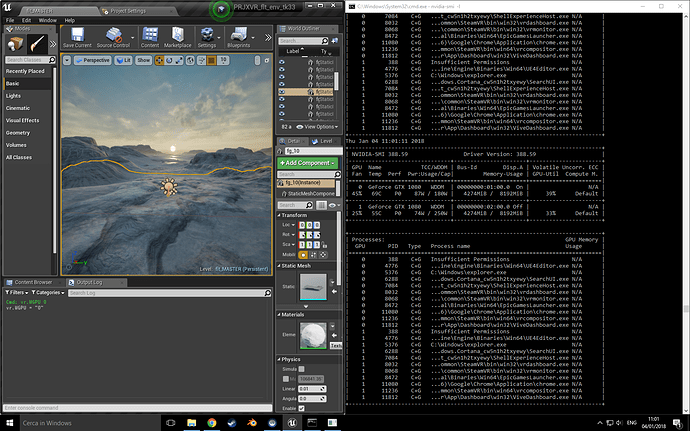 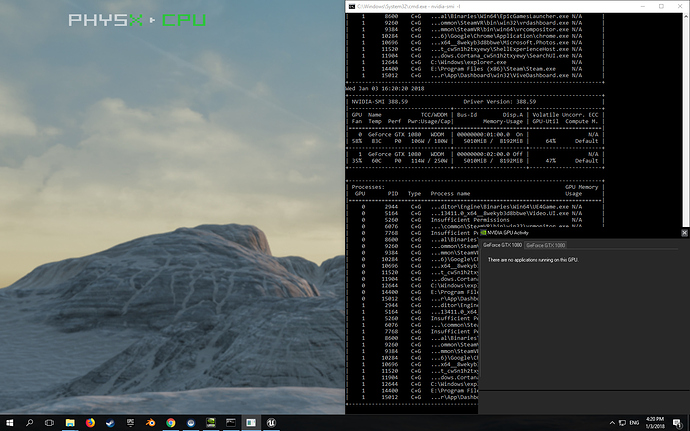