Hi
DeviceQuery shows that the maximum core frequency of 3080 is

On the other hand, I did a test with Nsight Compute for a program with a bunch of kernels. As you can see in the picture below, the cycle numbers and kernel times are shown (output of raw summary). I then added another column which shows the frequency which is 1/(time/cycles). 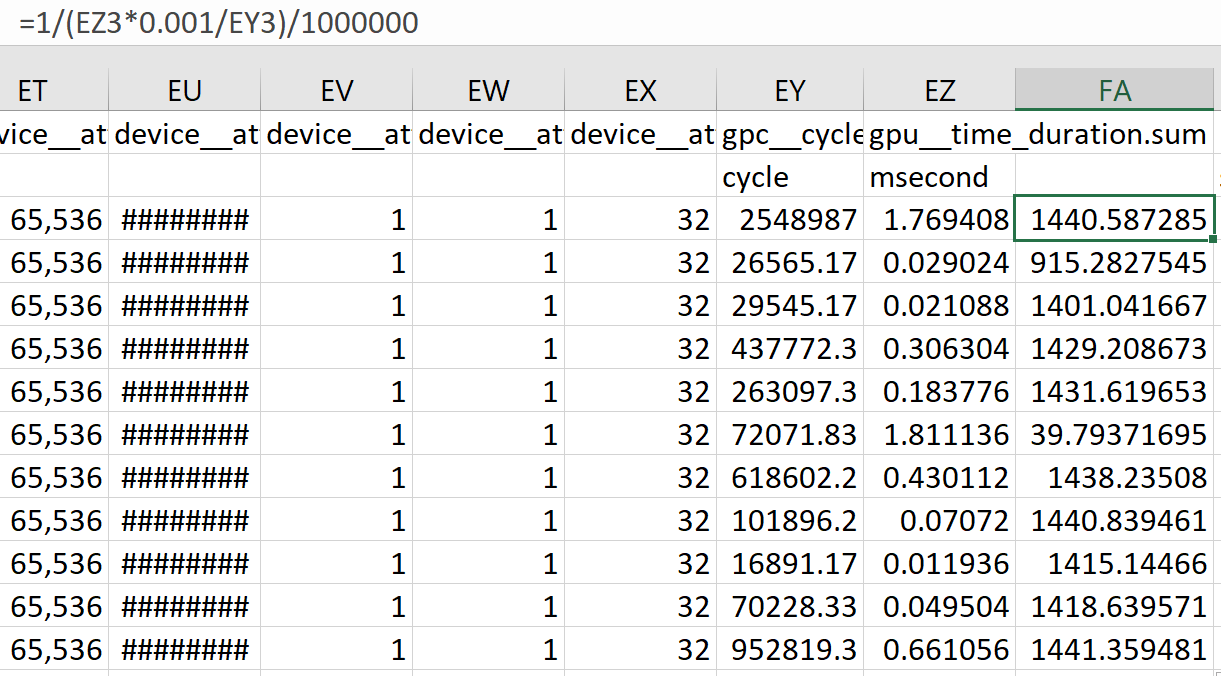 The numbers show that the frequency is around 1400 MHz and that is similar to the device specification in techpowerup (base clock). However, I have a couple of questions:

1- Does that mean the 1.9 GHz is an overclock frequency or that can be achieved automatically by the firmware depending on the load?

2- I see the frequency is 39 MHz for one kernel with duration of 1.8 ms and 72k cycles. That sounds weird compared to others. Is there any way to get further information about that?

Nsight Compute by default locks the clock to it’s base clock in order to produce consistent results, but can run unlocked by changing the “Clock Control” setting

The Max Clock rate is a legitimate speed, but how long the GPU will run at that speed at any significant load is likely to be short, based on strict thermal and power consumption constraints.

Starting "nvidia-smi dmon -d 1’ in a terminal, prior to running your test, (outside of Nsight Compute), will give you some idea of clock de-rating with time.