Hello. I’m having a problem with the NVIDIA drive AGX Xavier…
I was running the script “install_oprncv4.11_Jeston.sh” in the " OpenCV - compile OpenCV 4.1.1 on Drive Software 10.0 - DRIVE AGX Xavier / FAQ - NVIDIA Developer Forums"

I had to leave earlier so I had another engineer to turn it off once it was finished. He did turn off with the “shutdown” on top right corner in the target device (Nvidia Drive agx), as he stated
But when I arrived this morning, I couldn’t seem to turn it on again. I mean, It was on, the power was on, the gree LED was on but the screen was completely black. I checked if it was the HDMI cable (changed it three times) but it wasn’t. I also tried to connect to a remote server (sudo putty, ttyUSB3) to see what the problem was but apparently no message was popping up.

Do you have any Idea what the problem might be? Am I missing something?

I apologise in advance for any inconvenience. 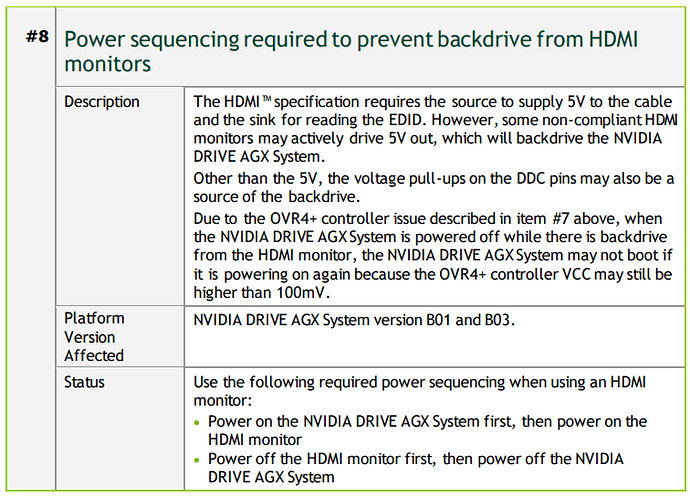 Sorry. It wasn’t really useful. I was working fine with this monitor until the day before. The monitor still works. I’ve checked. But apparently the HDMI cable connected to the nvidia isn’t being recognized even with the NVIDIA on

I also tried to connect to a remote server (sudo putty, ttyUSB3) to see what the problem was but apparently no message was popping up.

Did you check the Aurix messages during its booting? It should have messages printed out. 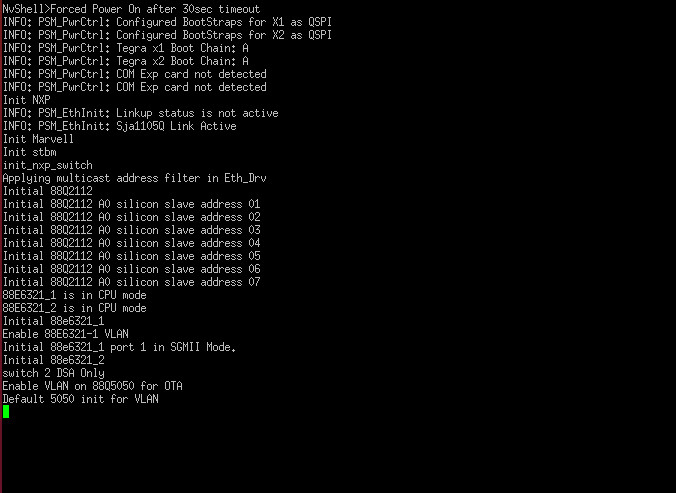 I would suggest you reflash with SDK Manager. It can easier clarify whether you’re encountering a software or hardware issue.

Hey, I reflashed it and the screen is now active. I still don’t know what the problem was, but it’s solved.