NVIDIA has been constantly working to improve power management in Linux but there are still certain situations when the Linux driver needlessly uses a lot more power than Windows 10 (haven’t tried W11 yet).

It would be great if NVIDIA addressed these scenarios.

Better yet, it would be really great if there was a special list of applications for which the NVIDIA driver was allowed to clock up GPU and VRAM.

Would be great if people chimed in and reported other scenarios where the Linux NVIDIA driver uses more power vs. Windows 10/11.

Some images from my own app showing this: 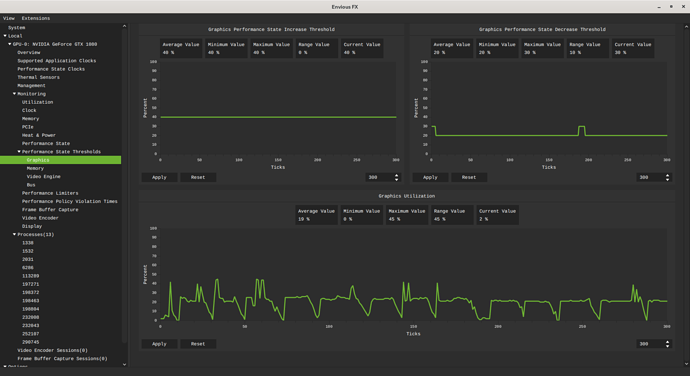 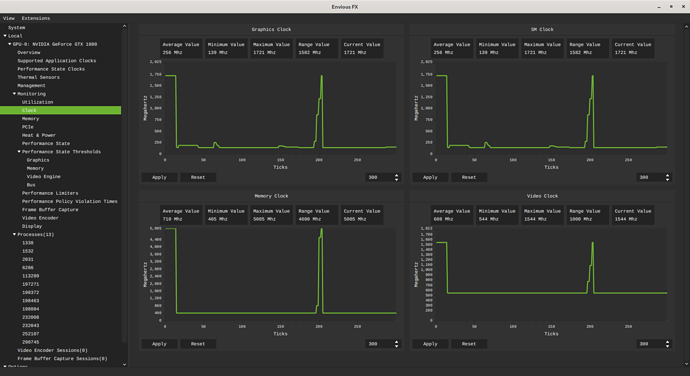 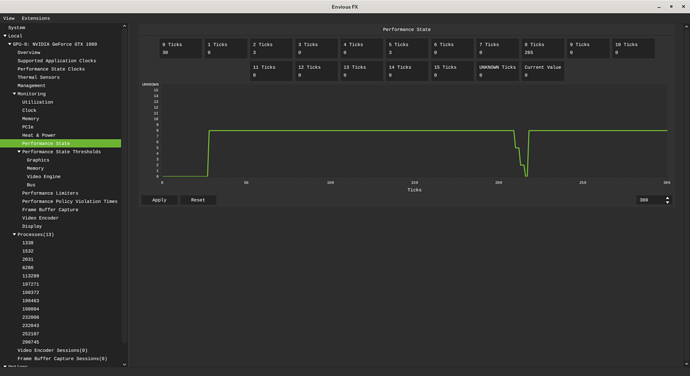 I think there needs to be a way to tune these thresholds based on whether you prefer faster clock boosting or power savings. It seems like the option in nvidia-settings doesn’t do anything.