I have noticed that the attached shader drops to approximately half of the original frame rate when the driver is updated from version 470.xx to version 495.xx, 510.xx or 515.xx on Windows or Linux. In addition, the procedural noise function used to generate the clouds and mountains breaks down with the newer drivers, as can be seen from the blocky sky and the white flecks on the terrain.

Steps to reproduce:
Windows (observed when updating 472.12 to 516.94 on a 960M GPU):
cd vulkan-shadertoy-launcher-master\build_scripts\build_mingw_win
VK_shadertoy_mingw.exe

but I suspect that it breaks many implementations of Perlin noise. This appears to be identical to the issue reported here:

The performance issue seems to be particularly concerning as there does not appear to be a workaround short of reverting to the old driver.

The example is derived from the following sources with a couple of minor tweaks to highlight the issues: 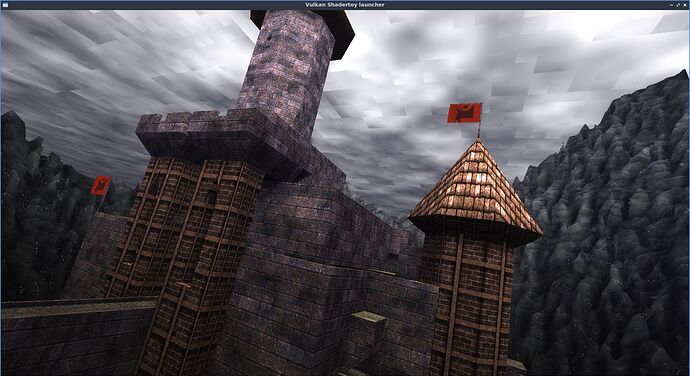 To help quantify the loss of performance, here are two screen grabs taken at similar points in the sequence:

With nvidia-driver-470 installed on Ubuntu 22.04, the frame rate reported by renderdoc is 20fps:

However, with all else equal, the frame rate drops to a measly 8 fps when the driver is switched to nvidia-driver-515:

Can anyone on the Vulkan driver team explain what changed and what could be done to fix this in future driver releases?