I’m a physicist with plenty of experience doing simulations, and I’m looking to learn CUDA so I can use it for work. I’m designing a machine to learn CUDA on, and to be able to eventually run one set of simulations on, with the possibility of having a smaller CUDA card that I could do simple tests on as well. Here’s what I’ve put together.

Down the line, I’d put the good card (470 or whatever) into the x16 slot, and move the 240 into the x4 slot, so that I could do simple tests, prepare small changes to the code and test them out, etc., on the 240, while allowing the 470 to crunch the serious calculations. The performance hit for the x4 slot isn’t important for these little tests. Obviously, in the initial setup, the 240 would be in the x16 slot.

This combination would enable me to get started for around $550, buying from NewEgg and taking advantage of a combo for the Case and PS. It’s loosely based on the most recent Tom’s Hardware $750 gaming build, with tweaks to make it better for my purposes (like the Mobo, I’d rather have x16/x4 than a system that goes to x8/x8 - I don’t want to run SLI or crossfire, and would only put one powerful CUDA board in.

The EVGA GT 240 has 96 cores, 1 gig, runs off of slot power, no supplemental connectors, and is a single width card. Also, many people have had success unlocking the 4th core of this processor - AMD’s process is pretty reliable, and I don’t need to overclock the processor, so I could get a 4 core processor for $75 US.

So, now, for my question - do any of you see potential problems or issues with this setup? I think ASUS also has a x16/x4 motherboard with one of the AMD onboard video chipsets. Would there be compatibility issues with the onboard ATI video and nVidia CUDA cards? I like that I wouldn’t have to worry about putting the monitor on a computation card - I’d just plug into onboard. Do I have enough power for the full build? (470 = 225W, 240 = 75W, Proc = 90W, …) Will the case be able to vent enough heat? I think there’s space for a side fan (there’s definitely a mounting spot,) which would help with the airflow to the 470. And will the GT 240 have full CUDA capabilities and be enough to let me learn how to write good CUDA code, or would I need a more powerful card for that?

I’d run some flavor of Linux on it, so are there any Linux issues any of you are aware of with these components? I’ve tried to do my homework and check on compatibility, but would appreciate some experienced hands sharing a little wisdom.

You will want a different power supply if you plan on adding a GTX470 or GTX480. Those 500W Antec supplies only have a single 6 pin PCI-e power connector and two 5v rails. For a top end GPU you need either 2x6 pin or 1x6pin + 1x8pin PCI-e power connectors with something in the region of 18-20 amps per connector, ie. both off separate rails in typical designs (although there are some PSUs, like the Corsair range, which have a comment rail with 40+ amps on the 5v tap).

The GT 240 supports Compute Capability 1.2 which gives you some new features but if you’re particularly concerned about double-precision floating point then you might want to get a device that supports 1.3.

If you don’t need double-precision then the GT 240 is a nice and inexpensive starting point. (There are good deals on the GT 240 if you look for them). 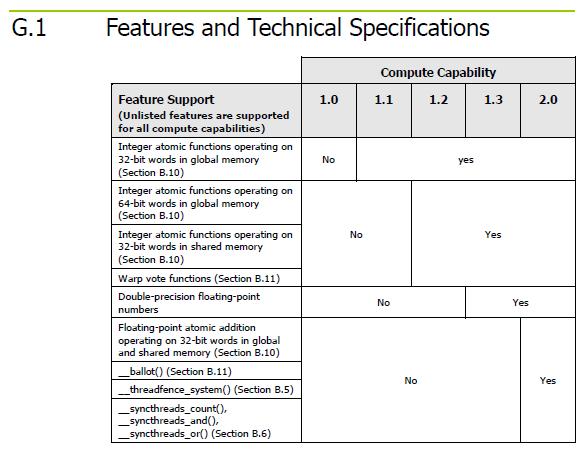 [*]I second avidday’s comment. A good 650W or 700W modular power supply that is 86% efficient can be had for $50-65 after rebate. That should give you headroom to expand. You can go much higher for $40 more. (I bought an OCZ ModXStream Pro on rebate)

[*]You may find you want a second “headless” GPU for debugging. Never mind, I see that the mobo already has onboard graphics that can drive two monitors.

[*]Don’t try to build a quiet PC and look for lots of airflow. You can always slow the fans down… :D

If you’re just beginning with CUDA, then there is no need to overbuy especially since the Fermi chips are just arriving. So I think your plan sounds pretty good!

Not to turn this forum into a deal site, but since you asked, there is a nutty good deal on a 750W 80+ modular power supply: [url=“Deal of the week: Graphics, power, and mice - The Tech Report”]http://techreport.com/discussions.x/18746[/url]

Thanks to avidday and allanmac for their replies. Rethought stuff.

I’m revising the buy list, and will post it in the general CUDA forum (more appropriate, imo, than here.)

Thanks again for the info.