I would like a description of the ACPI device power states and the allowed transitinos between these states in the Amere family of Nvidia GPUs.

I have an Ampere GPU, specifically the GeForce RTX-3050 Mobile, and from messages during boot, I can see it supports the D0, D3hot and D3cold ACPI device power states.

Also, as you can see from the image, display device power state characteristics and transitions are only described generically for the entire class, with exceptions only briefly mentioned for the full screen display and video controller device sub-classes. 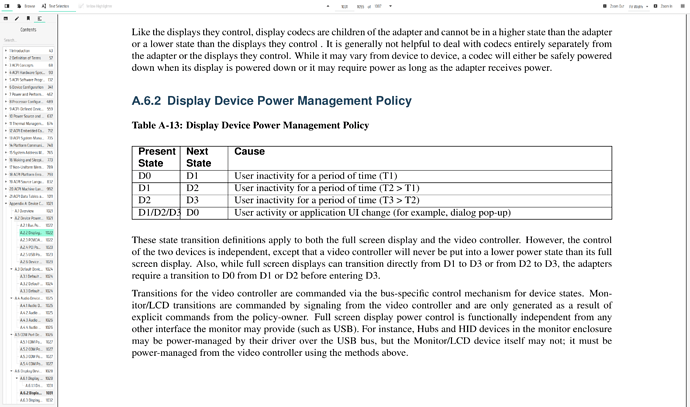 Could you please fill in these missing details for the Ampere GPUs, including the D3hot and D3cold states, and the allowed transitions from each device power states?