While testing the F1 2017 game, I noticed a significant performance drop when using the Transform Filter feature of nVidia GeForce driver for Linux to achieve blur-free gaming.

It is important that this happens regardless whether the Nearest or the Bilinear scaling method is used. So this is apparently an issue of the entire Transform-Filter feature and not a result of that Nearest-neighbour scaling is implemented programmatically unlike the hardware-accelerated Bilinear method.

When using transform filter with the game running in Windowed mode, the game is much smoother, but still somewhat jerky compared with regular full-screen mode with no transform filter. Also, the game’s window is partially overlapped by the the OS user interface (e.g. left sidebar in Ubuntu), and partially hidden because it is shifted to bottom since top screen space is occupied by Ubuntu horizontal panel and by the titlebar of the game’s window itself: 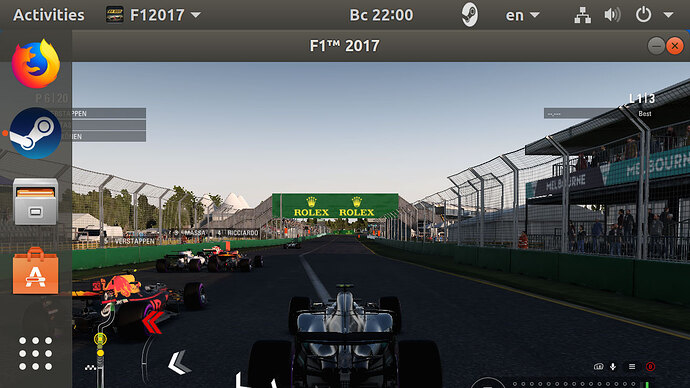 We probably need a better solution. Thanks.