When I profile gemm kernels on a100 GPU and plot the hierarchical roofline of the GPU and achieved values of the kernels, I see the L1 peak traffic (BW) is around 58 TB/s. That seems too high and unrealistic compared to numbers reported in the literature, for example here

This number is the bandwidth from the L1 cache, which is much faster than device memory. Are you seeing numbers for L1 cache at that link? I see the DRAM bandwidths in the table at the link you provided.

Thank you for your response.

Yes, I can see the L1 cache BW in the link I shared to be 19TB/s which is less than the number I see in Nsight roofline. 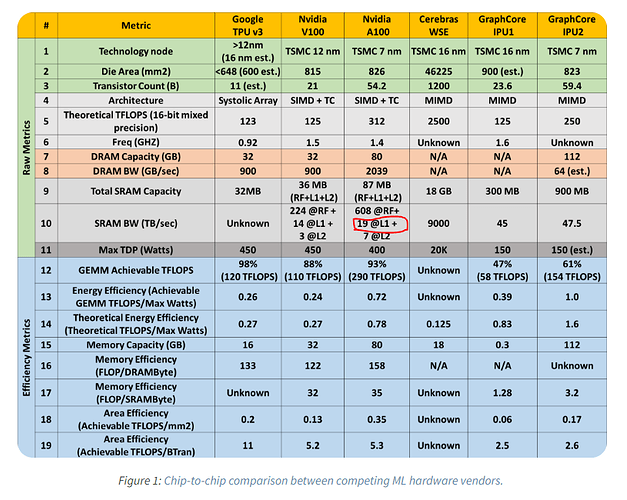 Thanks. I missed that somehow. Do you know the source of that number? This looks to be a chart that wasn’t created by NVIDIA. Having said that - I talked with the engineering team and it sounds like there may be an issue with the number used in Nsight Compute. I will file a bug to get it investigated and can update here if there is more information.

As far as I understand, the numbers in this blog was derived from the official NVIDIA documentation and got confirmed through running benchmarks.