Version v0.45 is special. It has outstanding Multi-GPU workload balance. 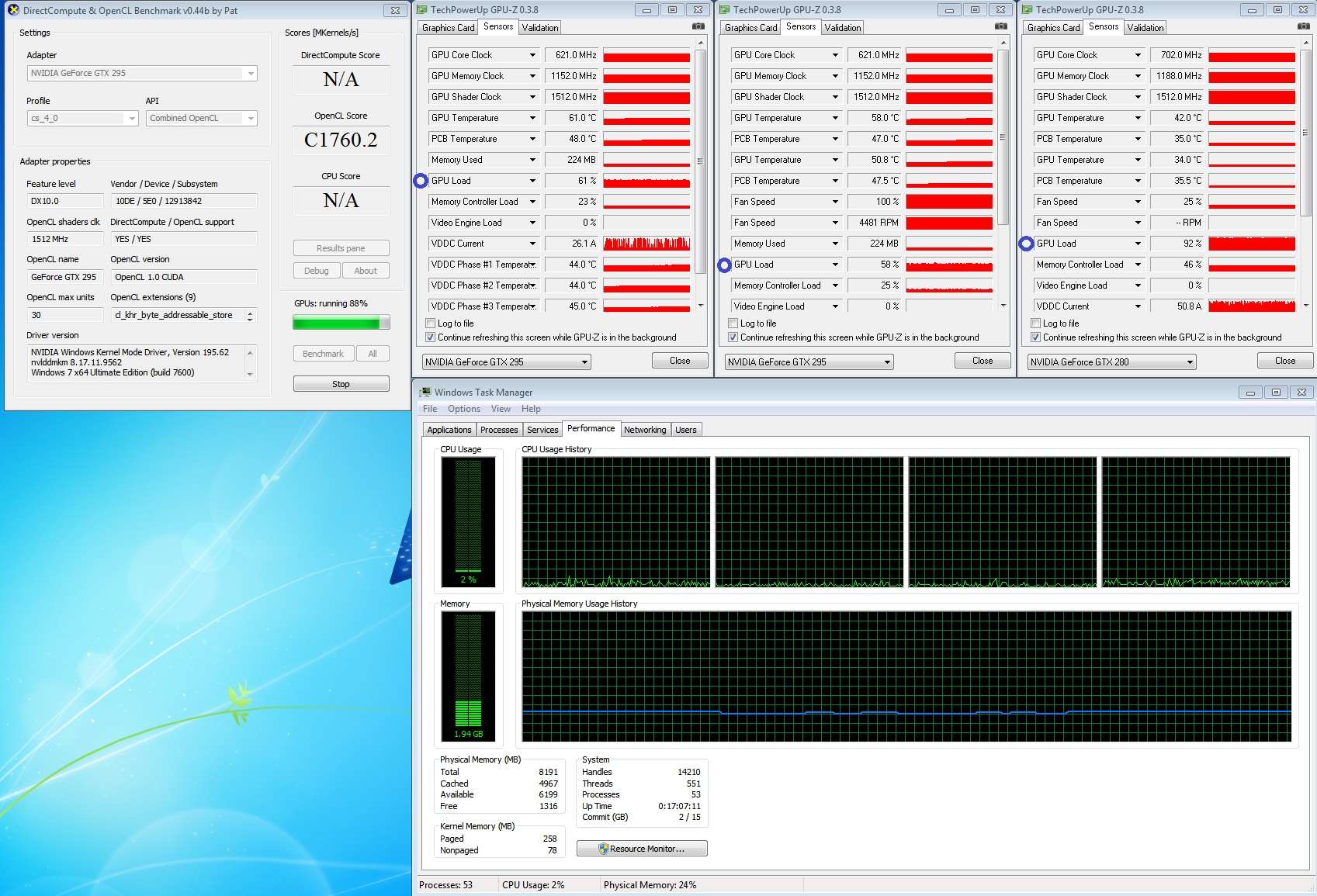 280 checking in at a whopping 92% utilization… (Go Dedicated PhysX processor!) 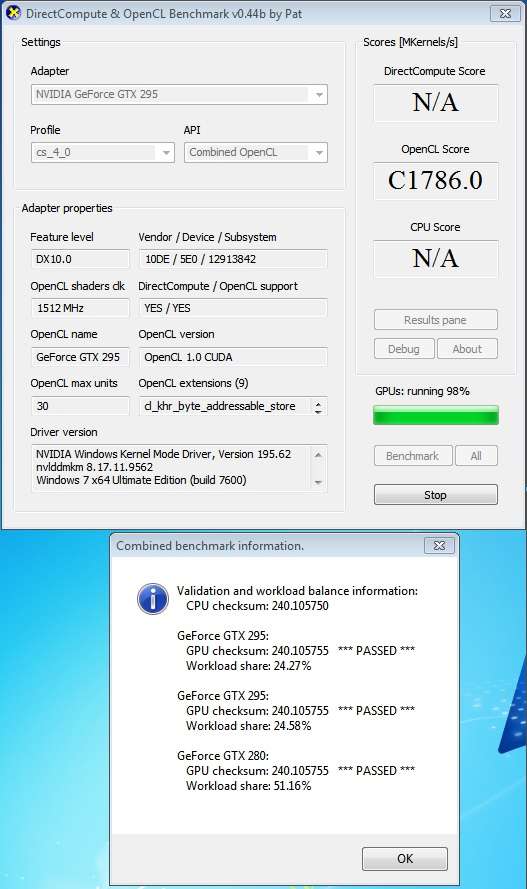 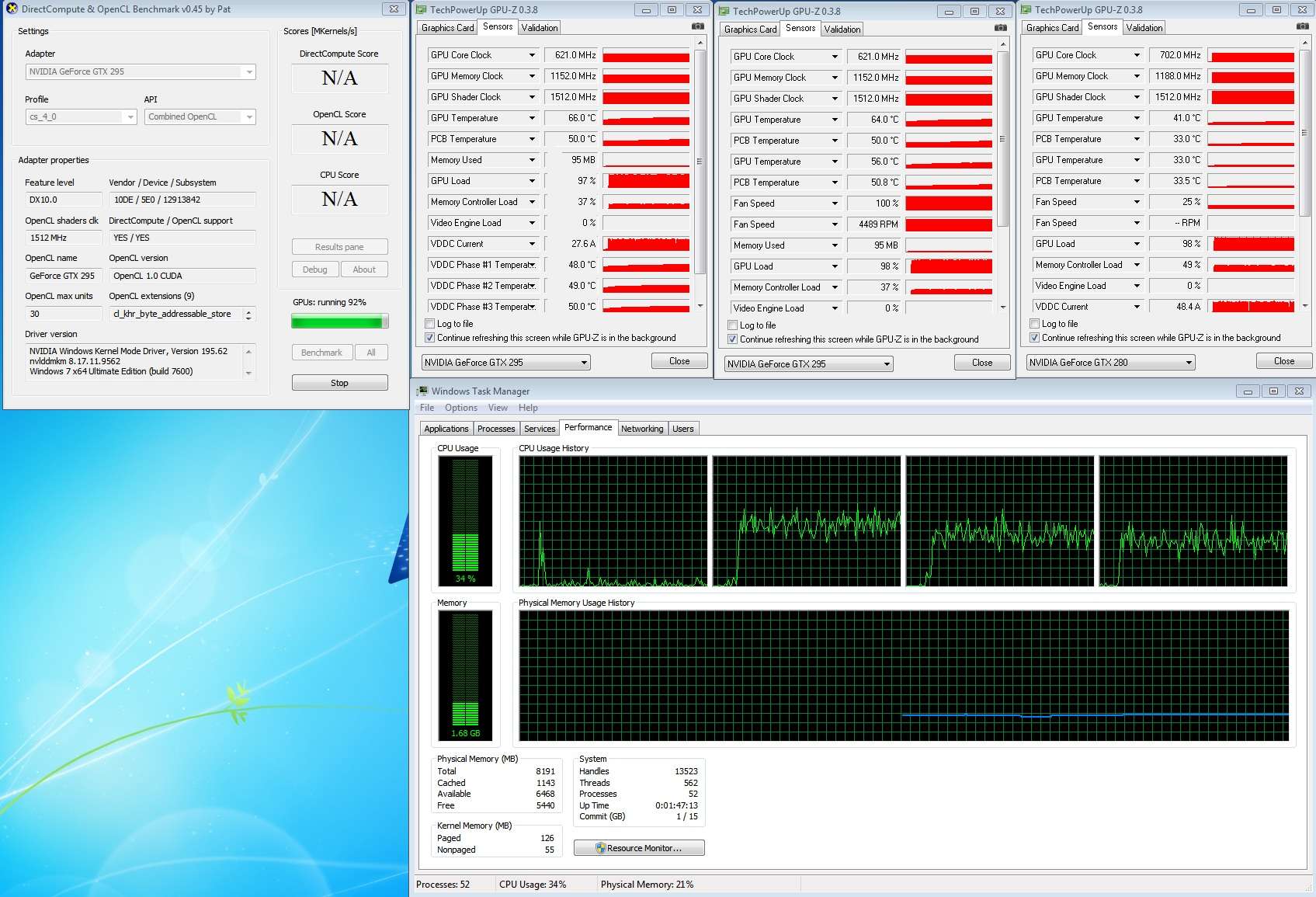 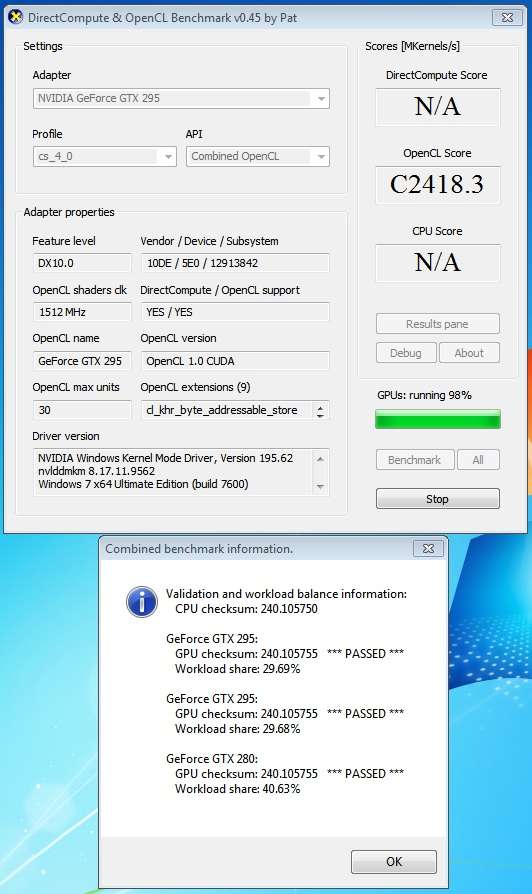 This is a good OpenCL test to show off Multi-GPU Rigs.

We have some OpenCL scores being posted.

I noticed Pat had posted on page 2…

The profile combobox is only enabled in DirectCompute tests and force the DirectX shaders compiler to build the GPU code for specific shader model.

The score you get is simply the number of mega kernel loops (10^6) per second that your CPU can process (using 12 threads). Higher number = better CPU performance.

The scores for different APIs are comparable so getting C1000 and M10 means your graphic card can handle 100x more calculations per second than your CPU. Thats mainly because the GPU can process thousands of threads at the same time without threads switching and the CPU usually can process 2, 4 or 8 threads."

Question: If scores for both CPU’s and GPU’s are generated by counting mega kernel loops (10^6) per second…

I know Nvidia Shaders do more work in 1 clock cycle than ATI.

I wonder if just counting kernel loops will equate to real world performance, when comparing ATI to Nvidia in OpenCL apps?

I still have a hard time accepting that a single 5870 would actually deliver more performance, than a 295 and 280 working together, all with high utilization.

The ‘counting kernel loops’ thing has me wondering now… :)