After initially following https://developer.nvidia.com/embedded/linux-tegra to install the R28.2 version of Linux for Tegra, I manually grabbed the debians from the Jetpack 3.2 developer preview (I couldn’t get Jetpack to work) and installed CuDNN 7 and Cuda 9.0 (9.0.252) onto the Jetson TX2.

I then used the Python wheel provided here (https://github.com/peterlee0127/tensorflow-nvJetson) to install TensorfFlow 1.5 on the Jetson and was successful in starting up basic TensorFlow sessions.

However, I am testing out the implementation of a deep neural network for object detection. I have successfully tested the network on a desktop station running Cuda (9.0.176) and CuDNN 7. When I implemented the same network on the Jetson, it worked periodically. However, Tensorflow will sporadically begin throwing error when an inference is performed on an image.

The first error relating to the NUMA node occurs every time running and appears to have little effect on the program. However, when the second error occurs, it catastrophically kills the program. I only have been successful in getting the program to execute again after rebooting the Jetson a number of times.

Any insight that could be provided into the cause of this error would be greatly appreciated. I do not believe that this is a problem with TensorFlow, as this program works successfully on both my laptop (without GPU support) and on a desktop NVidia machine using a GTX 1080 Ti. However, if it appears to be so, I will bring my concerns over to the TensorFlow Github issues instead.

As an update, I was able to get image inference running on TensorFlow 1.5 by using the wheel (https://github.com/peterlee0127/tensorflow-nvJetson) provided in this post (https://devtalk.nvidia.com/default/topic/1028840/jetson-tx2/available-tensorflow-1-5-for-jetson-tx2/). Note that the author of that wheel has recompiled TensorFlow 1.5 utilizing Cuda 8 and CuDNN 6, not Cuda 9 and CuDNN 7 as mentioned in the GitHub page.

It appears that the error is within the Cuda 9 or CuDNN 7 libraries, as I have continued to utilize L4T R28.2 with the downgraded Cuda libraries with success. Hopefully this helps someone else get TensorFlow 1.5 inferences running on the Jetson!

After running the above-mentioned solution for a day, the original errors popped up again. It appears that an internal CUDA call in TensorFlow is returning an error. cuEventCreate() is returning CUDA_ERROR_UNKNOWN. Is this an issue with the drivers available for the Jetson TX2?

After some discussion on the Github TensorFlow models issues list, it was discovered that these errors are likely due to the Jetson TX2 running out of memory.

Please see https://github.com/tensorflow/models/issues/3390 for more information. By limiting the amount of memory available to the GPU in a tensorflow session, CUDA errors can be avoided by ensuring that the Linux system and the CUDA system both have the memory that they require. There are code samples at the provided link describing how to do this in TensorFlow.

Thanks to keep updating information with us. 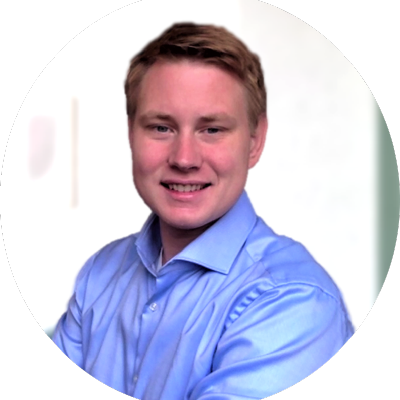 thanks for the updates