The current xorg.conf settings always default to the Primary monitor being on the LEFT. This is fine if it IS on the left!

I can change this via nvidia-settings but I am unable to save the settings because I get the error:

I have tried being ‘root’ with the same effect.

I am hoping somebody in this forum has enough knowledge of this card when used with Ubuntu (maybe other NVIDIA cards) to be able to make and save an xorg.conf file. Or, even has a basic dual screen.conf file where I can edit the screen locations.
nvidia-bug-report.log.gz (259.6 KB)

Please use the gnome control center to set monitor arrangement and primary monitor.

Do you mean the app from nvidia-settings?

If so, that is the app I am having problems with using:

When I try to save the settings to X Configuration File. It is the obvious way to make changes but not if I cannot save them.

Also I generated an xorg.conf file of the current settings to edit but can’t make head nor tail of it.
xorg.conf.new (2.5 KB)

This was suggested in this link:

Why have you pointed me to fractional scaling?

I have two monitors and would like one to be primary and the other secondary. I should then be able to drag a window from one monitor onto the other monitor screen as I can in Windows 10

Because that’s the gnome control center. It’s like the settings app in windows.

It does have a ‘Display’ option.

Primary with desktop on the left monitor (2) and secondary on the right monitor (1) with blank screen on boot. Opposite of what Display shows. 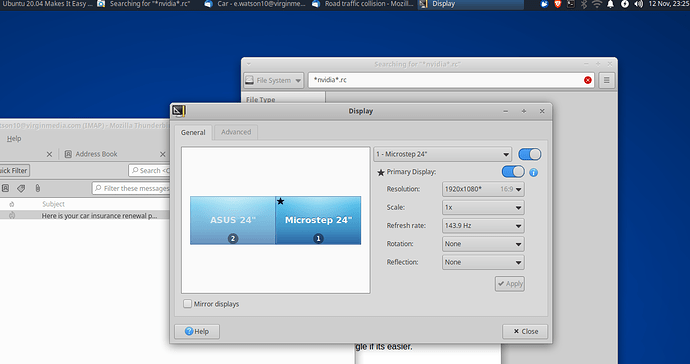 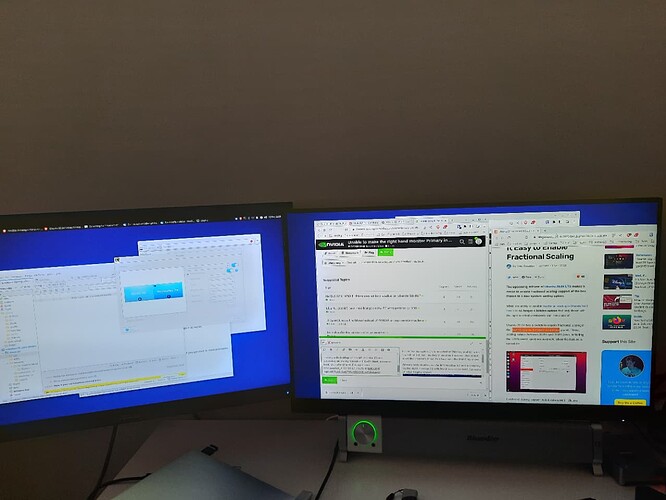 One pic showing display and one showing both screens as they are seen by me.

Also see this result which shows the reversed settings to what Display has set. 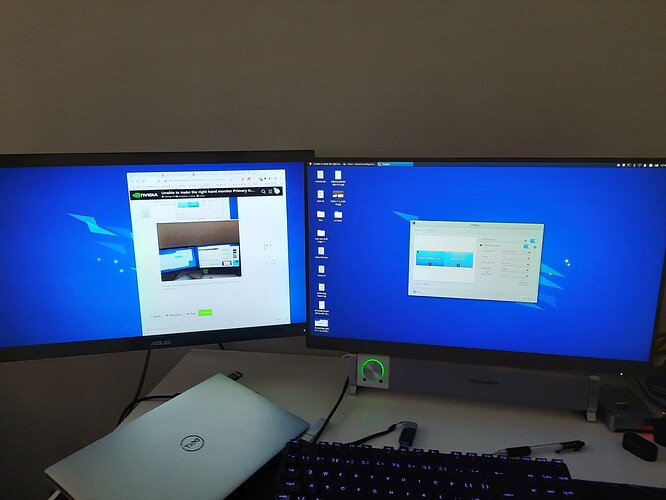 Seems to be a bug in gnome, should be reported to ubuntu bugzilla.

I am using XFCE desktop, not Unity.

Will that have any bearing on this problem?

I see Unity is integrating with amazon too.

The Unity desktop was dropped after Ubuntu 16.04, shifted to Gnome instead.
When you’re talking about a Unity that includes support for the Amazon Marketplace, I suspect you’re talking of Unity 3D, a game engine. Has nothing to do with Ubuntu.
The only impact you’re using Xubuntu istead of Ubuntu is that the bug is in the Xfce settings, not the Gnome settings. Should still be reported to ubuntu bugtracker.

In 3 operations solves the problem which survives a reboot.