Has the display port been tested on the Jetson TK1 board?
Any tips for making a mating connection board? (recommended mating connectors to use, routing, etc)

Is the behavior basically the same as a desktop kepler card, or should we expect some special Linux configuration to use the port? I believe I saw that display port mode had to be turned on or something in the schematic?

Same question here: What needs to be done to use the eDP port?

Is the eDP port supported by Linux for Tegra natively ?
Do I need to load additional drivers ?

I want to mention that my question about “whether it was tested” isn’t stupid since it is common to only test 1 protocol (or just electrical connection) in production test.

Nvidia said that they have tested 2 different display port displays on these Jetson kits according to the FAQ. However they have NOT tested LVDS on these boards. But if the faster display port signals work, then hopefully LVDS will too.
http://developer.download.nvidia.com/embedded/jetson/TK1/docs/Jetson_TK1_FAQ_2014May01_V2.pdf

Hopefully Nvidia will provide details on what displays were tested and how the drivers were set up, but since they have gotten it working already there should be some driver support in the current or next release.

NVIDIA support can you help with which LCD have you go them working.

Anyone manage to get eDP-to-DP working? I’m looking to test 4K/60Hz output.

Can someone from NVIDIA suggest where to buy a custom cable or “cape” with a mini-DP socket that can press directly onto the necessary pins?

Check out this page:

I’m still thinking about making such a board but I haven’t started on it yet.
I have picked out all of connector parts already that I will use so I might order some samples soon.

I should probably ask, if I make an adapter board, do you guys want a mini-DP connector or full size DP connector on the adapter? I will probably only make one version.

There is also a chance that my board might cover up the signals on the row above the ~26 pins that it would connect to. Once I get started I can figure out how close I can get it but it would be a tight fit if you guys wanted to also use the GPIO above.

My board will probably also connect to the relevant power/enable signals as well so you can hook into those for testing. The Jetson has standard pins for LCD on/off, backlight on/off, PWN output specifically for LCD backlight, etc.

@Bill, that would be great!

I think a mini-DP socket makes the most sense since it would allow people to reuse cables or converters that they might have already acquired for their Apple MacBooks. Plus it’s smaller!

I’ve done a bit of research in this area. eDP does not require compatibility to HDMI. That makes sense, since the idea behind eDP is to support connecting a display inside a tablet/smartphone, so they’re usually not user-accessible. For example, there’s a super-cheap 10" eDP-using screen with 2048x1536 resolution available that is used in the iPad. I guess LVDS doesn’t cut it for those resolutions any more.

There is an extension to the standard for DisplayPort for allowing easy adapters to HDMI called Dual-mode DisplayPort. This is implemented in all of the desktop/notebook interfaces, but I’ve found no hint of that in the documentation for the Jetson.

If you want to connect an HDMI display, the easiest way I’ve found is to use one of the LVDS-to-DVI adapters available. A good contender is the LVDS-DVI-R10. However, I’m not sure whether it is compatible (it’s designed for a different board). You would also need an adapter for the connector. Also, it’s only single-channel, so the best resolution you’re going to get is 1366x768. In addition to that, there’s the uncertainty whether the LVDS actually works.

Alternatively, you could create a board that can convert eDP to HDMI via an FPGA, but that’s far beyond my level of expertise. There’s also the PS171 that does just that, but you’d have to create a board for it (which would make sense anyways, since you could use the right pinout for that), and I couldn’t find a low-volume source. Same goes for the STDP2650 (but STM might be much easier to get).

I’d really like to have someone with more knowledge than me experiment with that :)

My understanding is that eDP>DP can be accomplished with a passive circuit (wires!) for short distances without using a repeater.

Once you have eDP>DP, I’m assuming a standard DP>HDMI/VGA/DVI adapter would work.

From an Intel eDP>DP testing doc: Once you have eDP>DP, I’m assuming a standard DP>HDMI/VGA/DVI adapter would work.

Well kinda. You need an active adapter, not a passive one. The standard $5 ones are all passive, the active ones costs a bit more. Here’s an example. Still it’s not that bad.

Here’s some more info on that

All of this is untested, of course.

I’d like to attach two screens to the board :) One touch screen as a controller and one main display.

@Bill: I’d vote for mini-DP as well. There are adapters available if the large one is really necessary.

Also, just exposing the GPIOs via regular 0.1" pin headers would be great! Then you don’t have to worry about blocking them, and it would make it much easier to use them as well (if your header also includes +12V, +5V, +3.3V, +1.8V and GND).

Am I reading this wrong?

22.1 Overview
The Tegra ® K1 LVDS/eDP Serial Output Resource (SOR) block is a display output controller, with two operating modes, supporting either Low Voltage Differential Signaling (LVDS) or Embedded DisplayPort (eDP). It drives local panels only and does not support an external DP port. The LVDS/eDP SOR block collects pixels from the output of the display pipeline, formats/encodes them to the LVDS/eDP
format, and then streams them to various output devices. The LVDS/eDP block consists of individual resources that can interface with different display devices. An LVDS/eDP block can drive only a single device at any given time and can be connected to any display controller (Head).

I’m putting together schematic for an interface PCB with an mDP socket which covers the whole 5x25 GPIO block with a header to extend the unused pins.

All the DP pins are there, it seems like it would work, but the TRM explicitly says “It drives local panels only and does not support an external DP port.” So, any ideas why this wouldn’t work?

I may be reading it wrong, this is the processor TRM, not the Jetson, but reading this in the TRM made me think twice.

I would say it is safe to assume that only native DP panels will work unless Nvidia tells us otherwise.
For example the MST hubs probably won’t work (those don’t work properly on desktop Kepler either from the testing I have done on 3 different Kepler cards) and also we already know that passive adapters (for HDMI, etc) won’t work from the pinout available on the Jetson board. In addition I would guess that some active DVI adapters also don’t work but this will require testing.
I have just gotten an active adapter that I could eventually test on this once I can plug it in.

We already know from the shield tablet that it can drive the LVDS/eDP and the HDMI output at the same time. The TK1 supports dual displays in such a configuration.

Well, just someone with the expertise has to make an adapter now… :)

Hm, funny, I asked about this (I was also going to do a DP extension board) and my thread was completely ignored… My guess is none of this stuff was tested and/or works, either that or nobody at nvidia cares enough to post on these forums (making them basically useless), and there’s no direct email/contact access to any FAE/etc who would have the knowledge about this stuff… Why bother having these forums if nobody reads the posts?

I found how to connect it to DP. 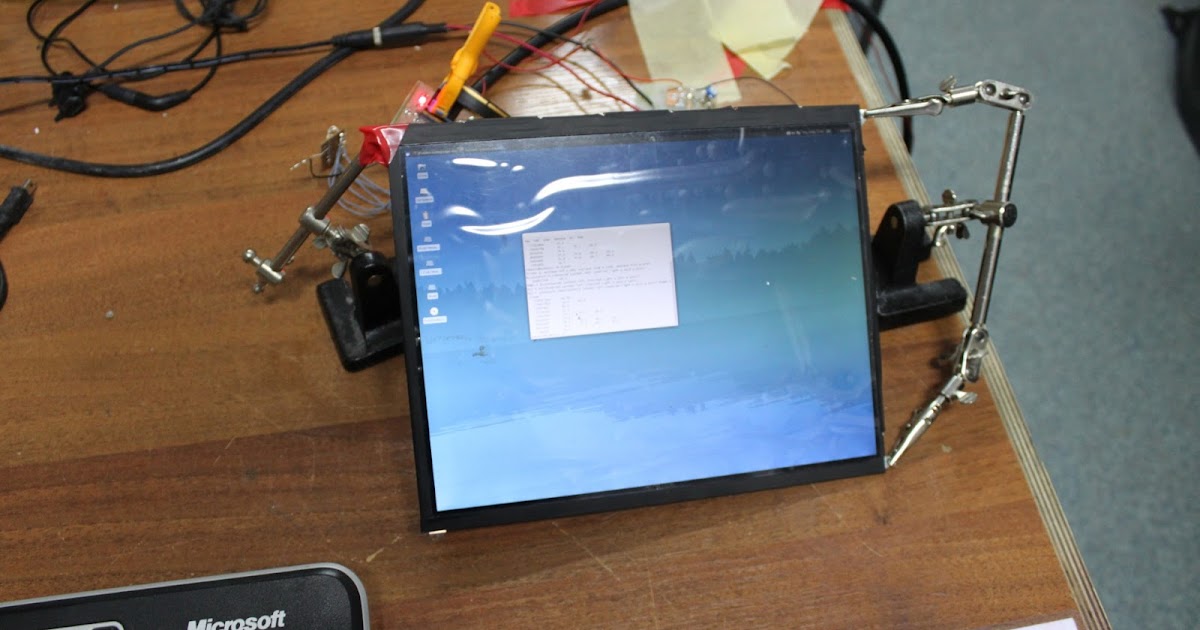 Connecting an iPad retina LCD to a PC

Update: please read this post This project was born at the Warsaw Hackerspace , it was funded by my friend Spin, who wanted to use the d...

I think connecting each back panel LED input to 20V DC with 68ohm resister, and other lines to corresponding port in Jetson TK1 would work.
But it seems this is not so easy.
I hope nvidia provide more info about eDP output on Jetson TK1.

I’m also interested in the iPad display for the Jetson. I’ve got two of those lying around with adapter boards to connect it to computers (like the one available from Adafruit).

I think the chances are good that it can work on the Jetson, but unfortunately I lack the knowledge and tools to do PCBs with high-frequency data connections.

Note that eDP includes lines for LED backlights, so it might be easier to do than on these adapter boards. Using current limiting resistors is not a good idea, because the LEDs change their forward voltage with temperature. You have to use a current sink for them.

Eagle PCB V6+ has support for length matching.
Although the last time I routed an eDP board it was painful as they initially didn’t test it on stuff that precise so it didn’t work correctly. (it couldn’t auto match signals to the tolerance that DP needs) They have supposedly corrected it in the new versions but I haven’t tried them yet. I am in the process of getting my home office area re-organized and then I might get started on these projects again.