After install either driver 455 or 460, boot into ubuntu will always ends with purple screen, I can still go to terminal with ctr+alt-f2. I will have to do apt purge nvidia* to get ubuntu boots successfully.

(Currently on 4.55 but the following output is with driver 460 installed earlier)

I am not sure what causes this issue is or where to look for errors.

You once installed the driver with the .run file installer. You created an xorg.conf.
Please remove it, if it’s still around (/etc/X11/xorg.conf).

Also your kernel does not fully support your cpu. 5.10/5.11 might work better (not that I think that’s directly related to your graphical problem).

You boot with 2 monitors connected (2nd non-boot being your TV), might also try disconnecting the tv (just for debugging).

Thank you for your reply.

I forgot to check for the basic things (like connecting cables) before jumping into the conclusion that something is not working. Silly me.

I think the driver is working (yes, I uninstalled the .run driver before running the test). The card is connecting to 2 displays, the TV was powered off and I only turned on the 2nd monitor, I thought the card would ignore the TV and output the signal to the monitor instead. I didn’t not realize the main output was going to the TV the entire time. I am seeing purple screen because the card was treating the monitor as a secondary display. Thank you for pointing this out. I unplugged the HDMI cable from the TV, I see that everything seems to be working. I am trying to run some machine learning benchmark tests. Just want to make sure do you see any outstanding issues from the log files? Thanks again.

Nothing more than I already mentioned. 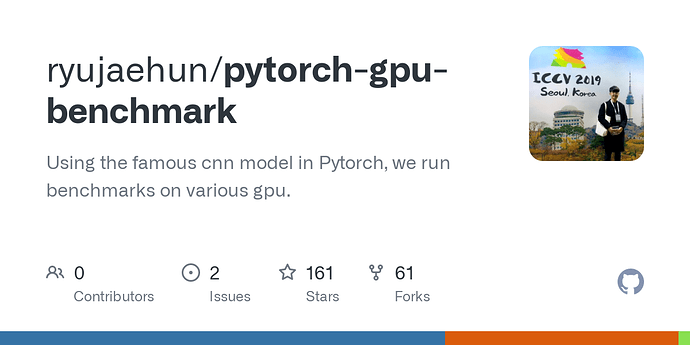 The card crashed the entire system, with the fans going nuts. See the video I posted below: 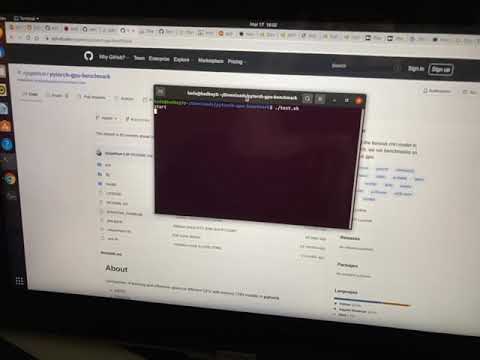 Like you mentioned you don’t seen anything from the logs, I am wondering if there is any test I can do in ubuntu to see if the card is faulty? This is a clean ubuntu install. I just installed the driver, CUDA and pytorch (and I guess the dependency packages) but nothing else.

Can you ssh into the machine after the crash and create a bug report?
Otherwise create a new regular report and also run journalctl -b-1 > journal.txt and attach that.

How to Install Linux Kernel 5.10 LTS in Ubuntu / Linux Mint

Linux Kernel 5.10 was released a day ago as the latest LTS (Long Term Support) release. Here’s how to install in Ubuntu & Linux Mint. Linus Torvalds announced the release of Kernel 5.10:…

You could try cuda memcheck:

The user manual for CUDA-MEMCHECK.

I have installed 5.10 and still experience the same issue with the card when running the benchmark code. The code hangs with the display signal goes out, but I could still ssh into the system from another terminal tab in my mac and created a bug report.

That’s the log output from what is happening.
According to:
https://docs.nvidia.com/deploy/xid-errors/index.html

The reason can be hardware, driver, or overheating.
Please check your cooling. If you can rule that out, there is a crash-dump in the bug report, that nvidia people could analyze.
As far as I see, nothing more I can do.

I’d rather guess this is a problem with the psu, please see this thread for some ideas:
https://forums.developer.nvidia.com/t/pc-restarting-when-trainning-dl-model/168941

Yes. Setting the gpu clock limits let me pass the benchmark code. Any pointer for where to look for potential issues with my psu?

Just want to nail down the issue here before I choose to RMA the card.

I guess there’s nothing wrong with the gpu card, just the specific combination of your 3090 model and psu is problematic. What kind of power connectors does that card have (12/8-Pin?). Is an adapter necessary to connect it to the psu?

The card has 2x 8-pin connectors, doesn’t need any adapter.

Then maybe try using different terminals on the psu.

Thanks for the suggestion. I tried out a few vga terminals on the PSU, don’t think it made any difference - still crash on the benchmark code. Maybe I will look for the offensive line in the code that led to the crash.