I managed to source Arducam IMX 219 on Jetson Nano 4GB. Unfortunately, the detect.py file in YOLOv5 runs for a split second and terminates thereafter.

Here is the command I used, to run the detect.py script:

I changed the frames-per-second in the detection file to a value that corresponds to the FPS of the camera.

However, I am getting a green screen instead of the live feed in the output. To eliminate the possibility of any hardware issues, I ran a command to check if the camera was working. There were no issues with the camera. 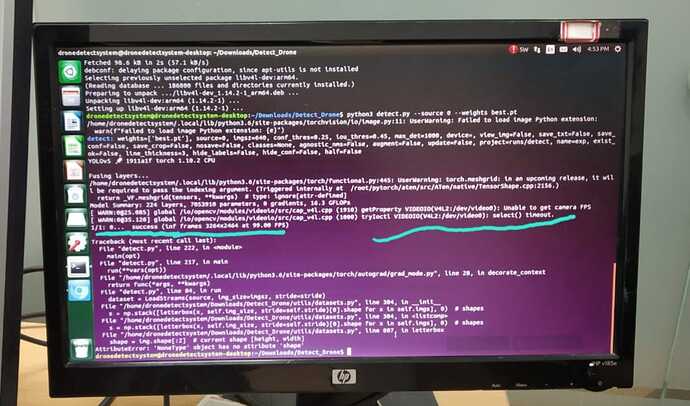 Is there a way to resolve the green screen issue?

Hi,
Please run the command and check camera preview. It is to ensure the camera source is good first.

I ran the command to check camera preview. The camera is opening and seems to be working just fine.

Another observation I made when I ran detect.py script: 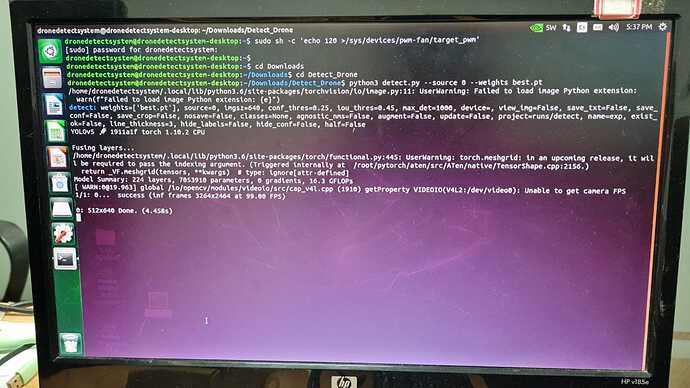 This is the message that appears on the command line along with green screen.

Could you try to feed the script with the Argus-based GStreamer pipeline to see if it helps?
You can find the command in the below comment:

Hi,
Please check if you can run this and see good camera preview:
OpenCV Video Capture with GStreamer doesn't work on ROS-melodic - #3 by DaneLLL

I ran the following command to check camera preview:

However, I get an error when I try to source the same with the detect.py file.
I tried to source camera using three different commands and ended up with the following errors: 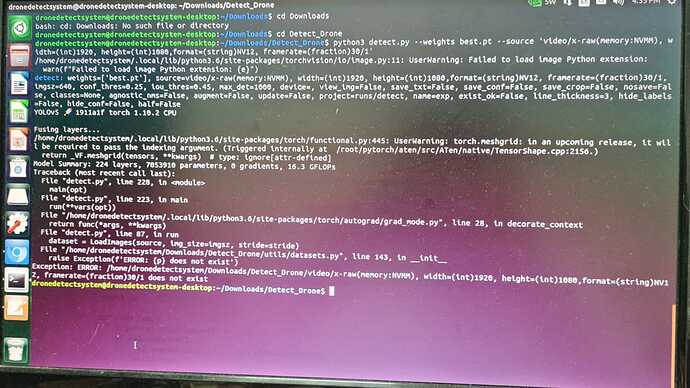 Hi,
Do you run this sample:
yolov5/detect.py at master · ultralytics/yolov5 · GitHub

If you run this sample, please use USB camera. The sample doesn’t support Bayer sensors which use nvarguscamerasrc