This is my first time writing a post here so: Hello world!

We’ve just received the Nano a couple weeks ago and we were really interested in using it with PoE; so we were looking over the forums if someone had tested it before, but we didn’t found anything…
So here we’re, we’ve bought the Rpi PoE Hat and tested it with a Microtik PoE Router, and it works flawlessly!!

I hope this helps anyone interested on using it as us.

I’ll attach a couple pictures of the Nano working via PoE, and of the Router itself, if anyone is interested on the router it is the: RB960PGS of Microtik; I think it’s a good choice if you’re looking for something cheap that works, but you’ve to take into account that you’ll need to change the power AC-DC converter that comes with it, because it’s a 24V DC output, and for the PoE Hat/Nano to work you’ll need at least a 42V DC output (I recall) we’re using a 48V@1.82A.

Great work! Which camera and lens are you using?

For now we’re using Rpi Camera module “Frankestein”, with the lens from a PS3 USB camera (we used the RPI lens for another thing… hahaha).

But we’re having problems making it work with the “detecnet-camera” example form jetson-inference, I’m right now debugging this!

Great work! Which camera and lens are you using?

Great! Thanks for sharing!

I am working on a project testing vio framework on a car, running vio algorithm on a nano which powering over POE Hat.
I will share some photos later.

We too were thrilled when we stumbled on this but the pinning is such that the PoE extends outwards from the back of the Nano, lengthening its footprint appreciably. I guess I can understand not wanting to mount the PoE over the heatsink but yikes! Long, custom 3D-printed case here we come…

We have done testing on RPI POE Hats and all of them fail over time under loads greater than 10W.

As a result, we decided to build our own Jetson Nano PoE Power Supply module utilising a 15W PoE Power Module. It has 6 flying leads connecting both pairs of PoE input from Ethernet header and delivers 5VDC @ 3A to Nano GPIO header.

The module was designed to fit into the Jetson Nano Fanless IP67 Aluminium enclosure we developed previously, link is here… https://www.iotamy.com/nano-case 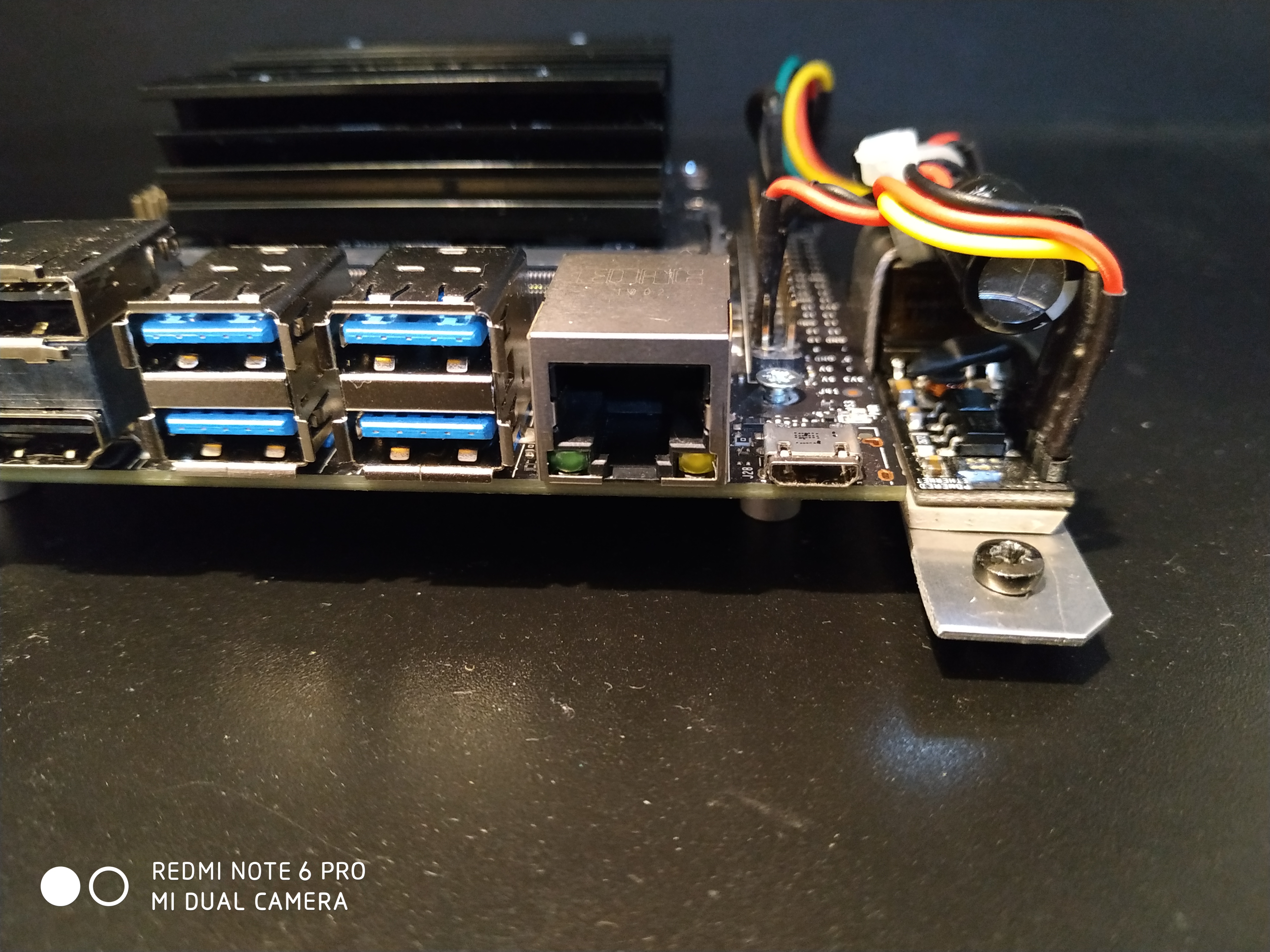 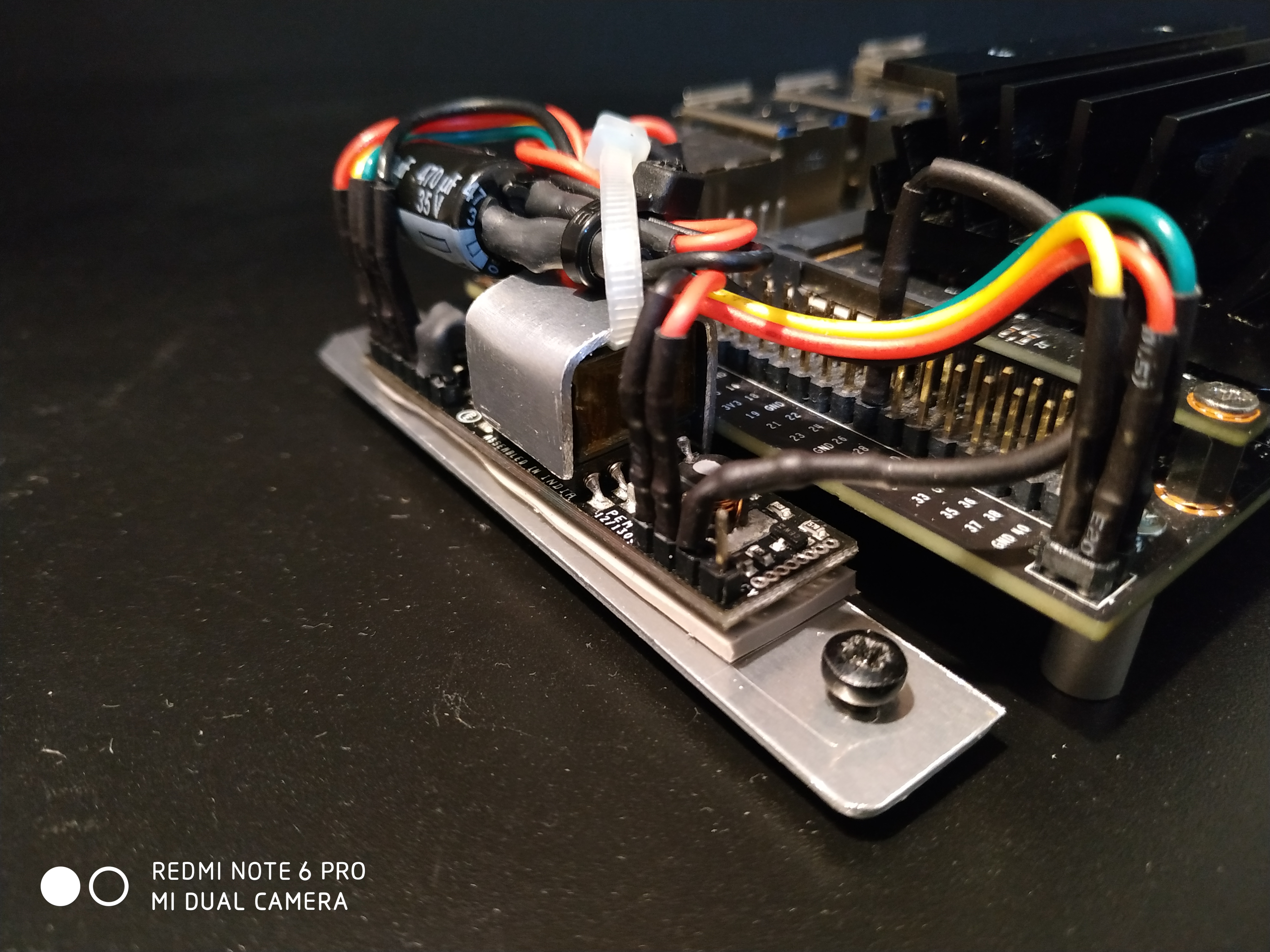 Production units will be sub $50 each, exact pricing to be confirmed.

Please let me know if anyone else is interested in this PoE Module.

It’s really interesting everything that you shared, I think that I may be interested in something like what you are proposing, but I also think that it may be a little expensive taking into account that RPi solution is about 20€… I don’t know :/

Hi s.pesquera, yes the price is higher than RPi and it depends entirely on whether you want to use the Nano in full power mode. If so, then the 20 Euro RPi Hat just wont do the job.

If you only need low power mode (less than 10W) then I recommend the LoveRPi Power-Over-Ethernet (PoE) HAT because its only half width, but make sure to add heatsink and fan options as it gets very hot.

The Nano already extracts the PoE power from the Ethernet jack, and makes it available on a pin header.

You should be able to just hook a 5V 3A DC/DC converter input to that pin header, and the output to pins 2/4/6 of the 40-pin GPIO, and be in business.

5V 3A DC/DC converters can be had pretty affordably from the usual low-cost sources. Just make sure to run it at load and look at it on a scope; it may have too much ripple or poor regulation if it’s too cheap. If you get one with a built in adjustment, you can even adjust it to 5.1V just to make sure you get a stable rail.
Just watch your PoE voltage! Some switches provide 24V, and standard parts will work. Something like: https://amzn.to/31AOEXl or: https://amzn.to/31xvqlm
Ethernet allows up to 48V, though, which means you’d have to find something with a higher maximum input rating if you aren’t in control of the PoE voltage yourself. This one seems rated up to 50V: https://amzn.to/31Dnu29

Hi Snarky, most 802.3af compliant active PoE network switches deliver 37.0–57.0 VDC to the Powered Device (PD). They also require a signature from the PD in order to allocate power to the PD. There is a Class 0 mode where it detects the device but does not allocate a class. This mode allocates the maximum power (15.4W) for that connection. This is good for the Nano because its easier to implement and we want to have 15.4W available (12.95W at the PD when factoring in losses).

Passive PoE is less rigorous and does not conform to the 802.3af standard. It delivers 12 to 24 VDC to any load. This is commonly used in low cost appliances like home security cameras, etc.

So the choice of PoE module depends on the intended application for the PD. The DC/DC converters you identified are perfect for Passive PoE.

Once we get our prototype into production it will also be a potted encapsulated unit similar in appearance to the ones you identified but with 6 wires, 2 input power pairs on a 2x2 header connector and one 5VDC output pair on a 1x2 header connector.

first of all, thanks for all those informations, for a non electronic guy like me it’s very valuable.

So, I plan to connect three nano using a passive poe 24v. here my questions/asumptions:

Here the BOM that I plan to buy (if you think one of those elements seems wrong or not of “good” quality, do not hesitate to say it) :

The PoE switch you identified says “PoE connection standard IEEE 802.3af/IEEE 802.3at” which usually means it needs a PoE Class signature from the powered device (PD).

I think the first step would be to check how these types of PoE switches apply power to the PD. Plug one in and check for power on J38 with a multimeter.

indeed. I have a hard time finding Passive PoE switch 24v that can provide 4A per ports. I am wondering if it still exist…

on the other hand, in this forum, they seems to assume that it’s compatible with the standard :

On the other topics, Do I need to have two buck converters in order to supply pin 2/4/6 ? or can I hook it up in parallel to the buck converter ?

Looking forward to comments and feedback on whether a HAT form-factor is preferred over a separate Module like the PoE-JN-5V20W. The main advantage of using a module is that all of the GPIO pins are still free for other peripherals.

Hi all, I tried using the raspberry Pi PoE hat with my jetson nano and the following PoE switch from TP-link:

It seems to me that the specs should work, however my jetson does not boot with this setup.

The same setup has worked for me with a Raspberry Pi 4.

Any ideas of what I could try to do?

Please check that your Nano jumpers are set for external power, J48.

also check that the Nano is in low power mode in case the Hat is not able to supply sufficient power.

If you have any USB peripherals connected, try disconnecting those too.

If you have a multimeter, look for 5VDC accross J40, pins 2=5V and 6=GND. If there is a power overload problem, you will see 5V appear briefly and then disappear (less than 1 second). This would indicate that the PoE HAT is working but not able to supply sufficient power for the Nano.

Once its working , switch back to high power mode and see if it still works.