Jetson Nano with J101 Carrier board from SeedStudio with Jetpack OS 4.6.1 does not have all necessary libraries

Hi, I have a Jetson Nano Dev Kit B01 4GB with SeedStudio J101 carrier board and I am trying to set up the Jetpack OS 4.6.1 in it following this article:- Install NVIDIA System based on Seeed Carrier Board(Jetson-J101) - Seeed Wiki.

I knew that there was a pre installed Jetpack in the 16 gb emmc but it was without the necessary libraries like CUDA, OpenCV, TensorRT, cuDNN etc.

Upon finishing the steps I got the successfully flashed message at the the end without any errors.

I followed up by setting the newly flashed Jetpack OS in Jetson Nano and after that I checked for libraries using “jtop” command and again I saw that the necessary libraries were not installed which can be seen the image below:- 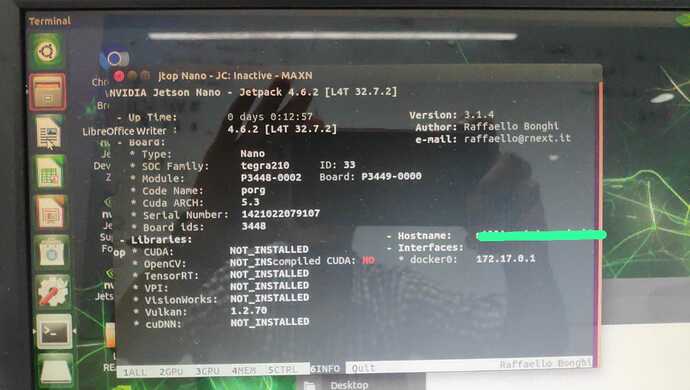 I was hoping that upon setting up the device everything will be downloaded i.e. the full Jetpack OS with everything as mentioned on NVIDIA website and that I can start using it for my projects.

I know that after installing the whole Jetpack OS, very little space would be left in the 16GB emmc , that’s why I was going further flash this OS on to an external SD card and set it up so as to boot it from SD card taking reference form another Seedstudio article & use it, but that was not the case. I am stuck at setting up the OS part itself.

What I am expecting is that all the key features mentioned in this NVIDIA linkhttps://developer.nvidia.com/embedded/jetpack-sdk-461#:~:text=KEY%20FEATURES%20IN%20JETPACK on NVIDIA website to be present in the Jetpack 4.6.1 after the flashing to the board.
(I had to omit the space before the link because i was not allowed to add more than one link)

I am new to this Jetson nano and I am not sure what is missing here? Do I need to do anything else? Am I missing something? I need this issue to be resolved.

Please help me with this issue.

It was probably a good idea to flash a new version, but those extra packages are not something requiring flash to install. I don’t know about the variations for working with Seeed’s carrier boards, but there are basically two steps during flash if using JetPack/SDK Manager: (A) flash, and (B) the Jetson reboots automatically after flash, and then (after first boot setup adds an account), the software uses ssh (to that newly created account) to install those extras, e.g., CUDA, OpenCV, so on.

One trick is that the version of JetPack/SDK Manager used to flash extras, e.g., CUDA, must match the version actually flashed. The version flashed is the L4T release (which is just Ubuntu plus NVIDIA drivers), and you can see which release this is with “head -n 1 /etc/nv_tegra_release”. Your flash process might be different than using purely JetPack/SDKM since it is a third party carrier board, but if either you’ve just flashed and know the release, or have the L4T release version, then you can know which JetPack/SDKM is related to your most recent installation. The L4T URL will lead to the JetPack release, or the JetPack release URL will lead to the paired L4T release. Those URLs are here:

I want to emphasize that if you run sdkmanager, then you can use the most recent release started like this to see older release versions and pick one:
sdkmanager --archivedversions

Also, many items in JetPack can be unchecked and skipped. You’ve already flashed, and it is possible that the JetPack/SDKM from NVIDIA is not quite correct for the Seeed board (just follow Seeed’s flash instructions), but the second half of flash (installing optional packages which are not actually flashed but installed after flash completes) can be left checked and you can use JetPack/SDKM just to install those extras. Make sure you uncheck installations to host PC and to flash the Jetson.

There are also cases on some of the newer releases that the “apt” mechanism can be used to install those without sdkmanager.

Note: Some manufacturers, if they created a carrier board with an exact electrical layout replica to the Jetson reference design, would directly use JetPack/SDKM for both flash and optional package installs. If there is a layout or feature difference in their carrier board (electrically), then they’d use different flashing in order to use a different device tree (and perhaps a different driver). In this latter case this would be the only difference between their flash stage and the JetPack/SDKM flash stage.

Thanks @linuxdev . I reflashed the jetson nano again but this time instead I did it using the Nvidia SDK manager and followed all the steps and everything is fine now. The complete OS has been installed with all the libraries i wanted.