I’m currently trying to get a separate viewport up and running in my extension, and I’ve set up the basic one described in the Omniverse Viewport Next tutorial that loads up with Code. I couldn’t find a link to the tutorial online, but it’s the one that looks like this: 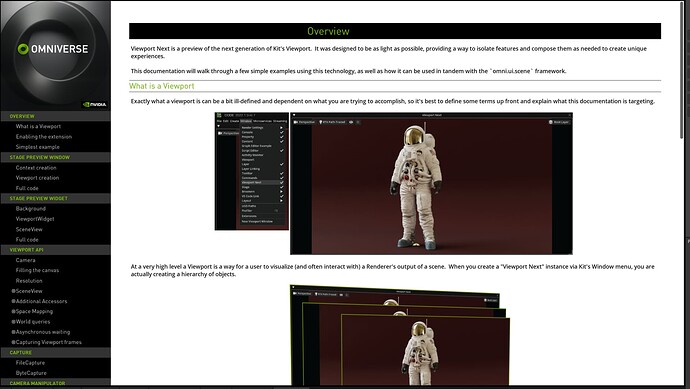 Right now I have a second viewport that I can manipulate mostly normally (scroll wheel doesn’t work for some reason; instead I have to press ALT + RMB), but I’m running into issues adding additional features.

I apologize if these things have already been addressed in other forum posts; I did a quick search and couldn’t find anything relevant, but I may have missed something. Thanks!

EDIT: I wanted to add that I have tried to look through the standard Viewport extension, but because it pulls content from the legacy viewport, it is difficult to determine what exactly it’s doing to achieve the functionality described above.

Hi @jlw387. I would start with omni.kit.viewport.utility.create_viewport_window()

Here’s a snippet to get you started:

I think that should answer most of your questions. For #4, if you create your window in on_startup() it should work. Let me know if that’s not the case. 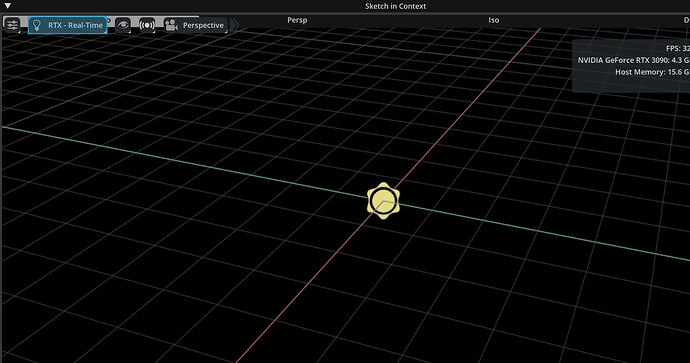 If I recall correctly, each of these buttons is located in its own extension separate extensions, so unless I can call some method on the viewport to remove those buttons, it seems like it’ll be difficult to stop them from being added (this was the reason I had started with the StagePreview extension code originally). EDIT: I’ve also now noticed that I can’t change the slider’s position with this new viewport, though it’s possible I need to resolve some other things that broke when I switched to using create_viewport_window().

To address 4) I do create the window in on_startup(), and yet it doesn’t load the window until I refresh the extension (disable/re-enable). I’ve included the relevant code from a few of the files for your reference, but I can also include the rest of the code if that would be helpful.

Looking back at my code, I noticed that I forgot to pass in the context name to the window constructor, but that shouldn’t be causing the problematic behavior. I’ll post an update if fixing it resolves anything.

Update on this; I switched back to the original code based on the StagePreview extension, and I’ve now resolved 2. The issue was that I had some improperly named variables (width and height instead of window_width and window_height) that went unnoticed due to the inclusion of*vp_args and **vp_kw_args in the constructor for the window object. 3) and 4) are still unsolved.

HI @jlw387. I got some answers from dev team. In the future, ViewportWindow will allow for more configuration so you could hide the menubar, for example. For now, you’re headed down the right path creating your own ViewportWindow from the ground up like Stage Preview does. ViewportWindow is rather complex though so it’ll take some leg work to implement all or most of the features. For scroll wheel zoom, you can find an example here that it is handled differently than the other camera manipulator operations: omni.kit.viewport.window.events.delegate

In regards to the window not showing up on app startup. This doesn’t appear to be working anymore in Code-2202.2. I’ve logged OM-66153 and hopefully we can get it fixed for the next release of Code.