Hi, I’ve watched this video and tried to follow the steps in it to bring the facial animation of my character from blender into Unity 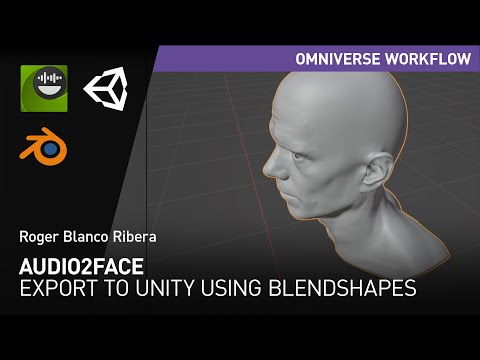 But my character’s face is not moving 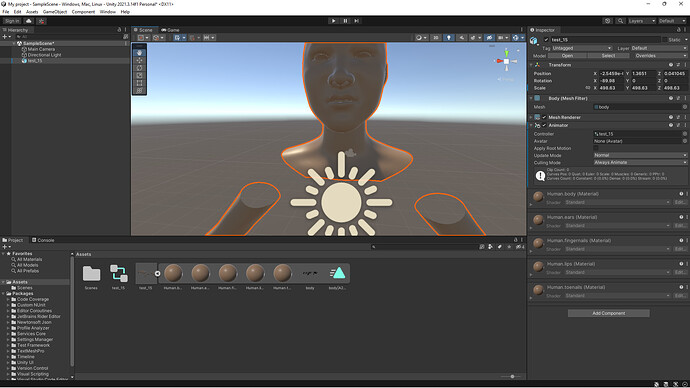 What can be the problem?

Any help with this, guys?

Waiting for him. BTW I for blendshape export I’ve used json and a blender script that allows to import data from json file into your character in blender

Here is the video about that script starting at 14:10 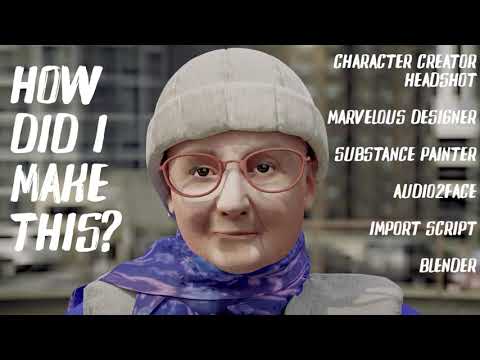 After inspecting your file, I think the issue is probably exporting the FBX with the “apply modifiers” option enabled.

Please make sure that it is not enabled: 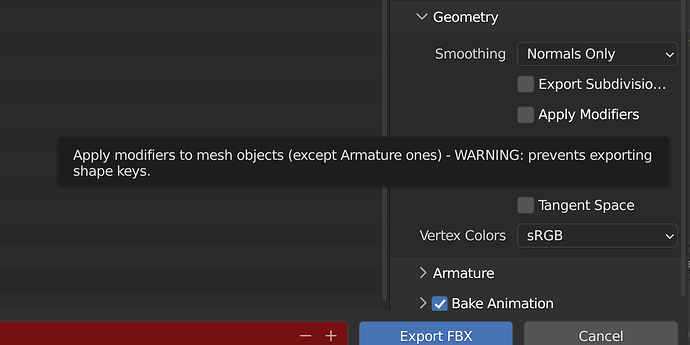 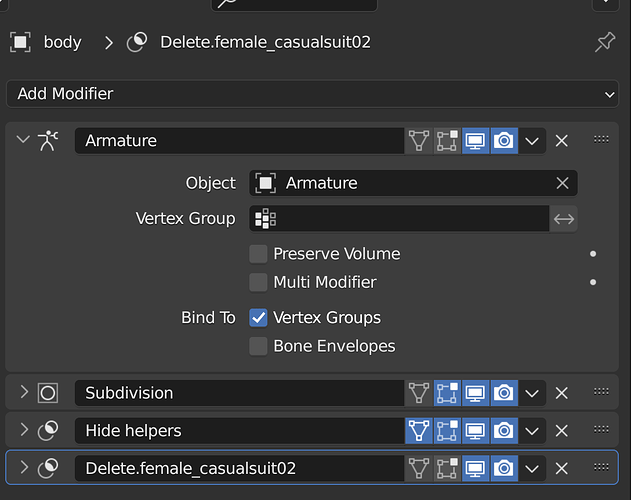 For example if you don’t want to export the inner body mesh ( Only the head, arms, legs as seen in the viewport)
you would have to apply the hide helpers and Delete.female_casualsuit02 manually before exporting.

However it is not possible to apply modifiers if character has shape keys.

You would need to first clean the mesh with all the necessary modifiers applied, then import your A2F animation shape keys, then export to Unity

Let me know if something is not clear !

Thank you so much, I’ve finally make it work for the animation!

Glad I could help !

If you want to use modifiers for preparing your characters that’s fine but when they are ready for Unity or A2F then make sure you apply all the modifiers that won’t be able to be exported, that’s what I meant by cleaning the mesh.

You can always duplicate the character ( so you can always go back to the original if something goes wrong), then apply all the modifiers to so that your character is composed of simple meshes without modifiers.

Also, I noticed that you have 2 mask modifiers ( hide.helpers and Delete.female_casualsuit02) that hides some part of the mesh.

A simple way to avoid the mask modifiers would be to separate your meshes instead of having them combined into a single mesh (“body”). This way you would not need to use modifiers to hide the parts that you don’t want and you could also select on the outliner which meshes you want to export. That would simplify working with A2F and also Unity in many aspects

Cus of me being really dump it’s hard to understand huge parts of your message.

About being sure that my character is Unity ready and then applying the modifiers. You mean there is a way to apply modifiers in Unity or what? For example can I export my character from Blender to Unity without modifiers, make the A2F animation running and then somehow apply modifiers inside Unity? However I accept that my version sounds weird.
Or how can I use modifiers on the character that is ready for Unity, cus Unity just won’t import the belndshapes if I apply the modifiers. Or maybe I need to switch off the modifiers, then export the character to A2F, then export it to Blender and apply the modifiers there? In this case maybe I can export my character to Unity with modifiers?
I really can’t understand the workflow for this, but in message earlier your wrote the next sentence " You would need to first clean the mesh with all the necessary modifiers applied, then import your A2F animation shape keys, then export to Unity" As I understood now this is the workflow on how I can use the modifiers and shape keys together in Unity?

Hi,
Feel free to ask more details any time, I will be happy to clarify !

I mean that modifiers are mostly exclusive to Blender so its not possible to make them work in Unity or A2F.

Armature and Shape keys can be exported and you don’t need to apply them.
However, most of other modifiers ( for example, the Mask modifier that you use to hide some parts of the mesh ) cannot be exported to Unity.

My suggested workflow for working with Unity :

1- make your character in Blender ( use any modifier you need )
2- when character is ready, apply all modifiers so you have only a mesh with no modifiers
3- Rig your character ( this process will create a Armature modifier)
4- export the mesh and make your A2F animation
5- import the animation back to blender ( This will create the shape keys )
6- export to FBX file wihtout applying modifiers ( this will prevent the shape key animation from being deleted)

In your particular case, you need to apply the 2 mask modifiers that your character has in “Body” mesh

However, Blender will not let you apply modifiers if the mesh has some shape keys.
So you will have to first delete the shape keys on your character, then apply those 2 modifiers and then re-import the A2F animation

Hope this is more clear, let me know if I can clarify some part

Thanks for the reply, I need some time to understand your message and a free time from my job also :D

UPT
I’ve managed to delete that 2 modifiers hide.helpers and Delete.female_casualsuit02, honestly saying from modifiers I just want the subdivision surface one, I still can’t understand how to make it work with blendshapes in Unity, but I’ve didn’t read your long message with instruction yet, need just a more free time for it. However for now there is another problem for me, to make my character look more realistic in Unity. My character had skin pores in Blender and it looked awesome there, but when extracting to unity it lost the pores. Now I’m struggling to understand how can I apply skin pores created with nodes in blender into my character in Unity, I know it is off topic, but never mind, those are my problems with that skin pores.