Hello,
Lately there seems to be a very serious VRAM Allocation Issue with dxvk/vkd3d and even native vulkan applications.
It seems to push the VRAM usage towards it’s absolute limit(much much higher than anything on windows) and even enabling DLSS(which if you compare windows to linux it does NOT free up VRAM).
To provide as much details as possible, firstly as a start the following games seem to be highly affected:
Star Wars Jedi Fallen Order, Ready Or Not, Doom Eternal, Gears 5, COD WWII.
Observed behavior in each title:
SW JFO: the game keeps consuming VRAM but does not go over the limit maximum of total usage it gets to xorg/wayland + DE apps + the game itself total is 7.5gb out of 8GB(in my case), what happens after entering the pause menu a few times on all settings set to EPIC including textures, the game goes into a crawl and becomes unplayable.
Relevant bug report: [d3d11] Jedi Fallen Order: fps has a massive drop after acessing the menu · Issue #2552 · doitsujin/dxvk · GitHub
Ready Or Not: in dxvk(dx11) it goes into extremely high VRAM usage and using DLSS does not affect it at all(changing in-game settings between low and epic make no difference) the game goes into 7.9-8.0gb of vram usage which causes the entire desktop to be unresponsive or web browser not being able to be opened(again for both xorg/wayland applies). on vkd3d after it hits 8gb of vram the game goes into a crawl mode.
Doom Eternal is affected by Ready Or Not issue, which also prevents recording with obs + nvenc being possible(can’t initiate recording), while Gears 5 struggles from a similar issue as SW JFO but that one triggers when cutscenes change/acts change after a while.
COD WWII degrades performance after a sometime as well(usually it doesn’t take long approx.5-30mins of playtime).
It could be that other games are affected too, but in general this seems like a very high VRAM usage regardless of the in-game settings(to some titles even decreasing the in-game settings doesn’t help).

Just to update, this doesn’t seem to be a DE issue as I tried Gnome, Cinnamon and both observe similar behavior +/- taking slightly longer to trigger.

VRAM allocation bug has existed for over a year now and Nvidia refuse to fix it: https://redshift.maxon.net/topic/42190/super-slow-redshift-ipr-and-rendering/ - not sure if it’s the exact same bug, but obviously the drivers suck at VRAM management.

Hi,
Unfortunately it isn’t possible to open the link provided.
However if the issue is like this → VRAM tops to fill it, for example full 8GB used out of 8GB the entire session might also crash(outside of the issues mentioned above), it also never frees or recovers during said application runs.
It also does seem to not take into consideration the actual VRAM on the GPU and goes on to use as much VRAM as the application wants(while on windows it adjust the application to the GPU’s VRAM…) which completely fails the allocation, a good example is a native vulkan app as Doom Eternal if you enable DLSS, Ray Tracing and set everything to ultra nightmare(incl. textures) it straight up crashes when you load with error “failed to allocate vram”. This does incline that it could be something from the driver itself. Haven’t ran into an issue with applications, but it could become a problem later down the line.
Unfortunately I am unable to debug more or see what is causing it to go into such excessive VRAM usage.

On this report this also seems to have some effect on windows, it can be observed on this video: NimeZ Modded Drivers vs. AMD Legacy in 2023 - YouTube
Yes it is AMD, but at the timestamp I’ve set it show cases nvidia 471(or 470 for linux) how it barely uses 3.3GB VRAM while on the 526(or 525 for linux) it goes into excessive VRAM usage causing it to go over the budget and start using system RAM.
This does incline that it is a driver bug.

EDIT: Just to confirm, yes it is a regression. I downgraded the drivers to 470 and to my surprise it doesn’t go into excessive VRAM usage and uses far less. On 525 however it keeps growing more and more and more until it goes over the budget(examples below).
This issue is far worse with dxvk/vkd3d titles than native vulkan, but in all cases it is observed.
Mangohud showcases VRAM usage on DE + Apps + Game itself combined. 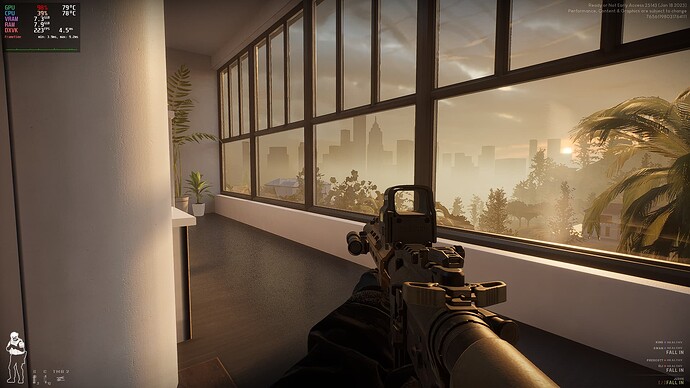 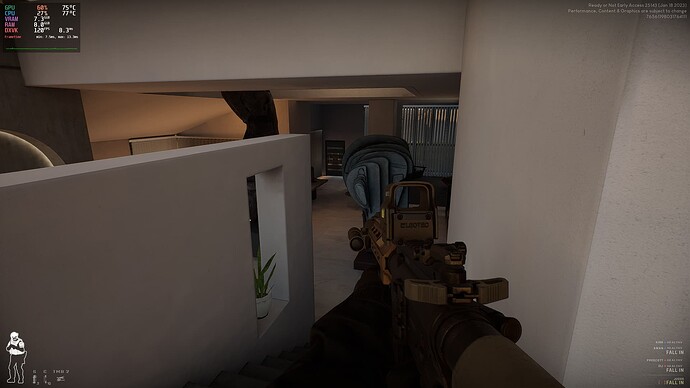 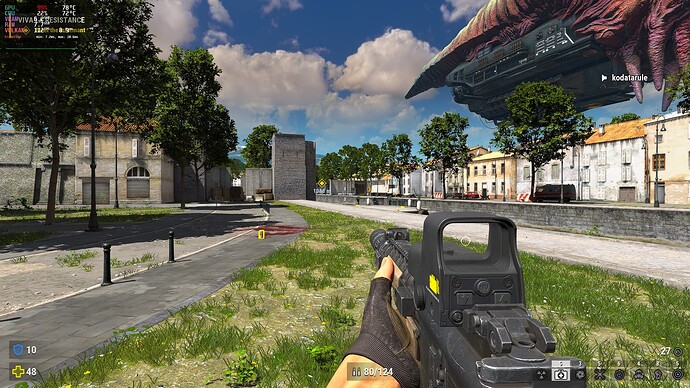 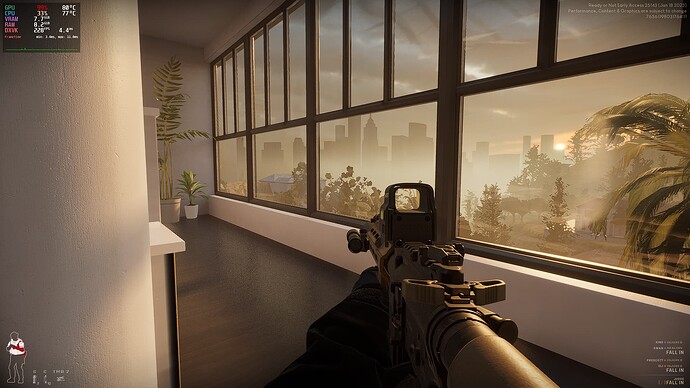 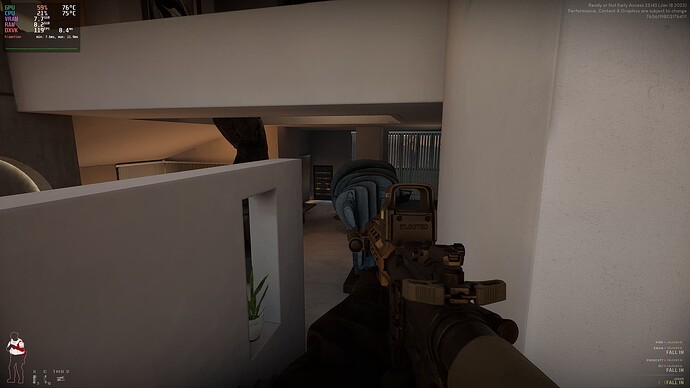 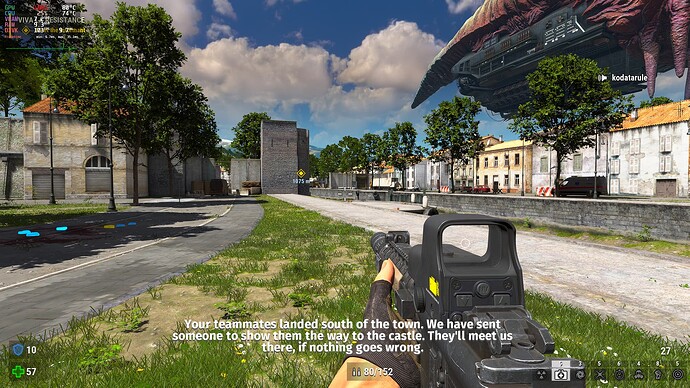 EDIT 2: After some digging I was able to narrow down the search, unfortunately I wasn’t able to boot into neither 495 nor 510 but one of these two drivers introduce the regression.
Just FYI a very interesting thing is observed on 470 the reported VRAM is 7973MB and it stays within that limit, HOWEVER on 525 the reported VRAM is 8192MB and as time passes it goes at about 7960MB and even beyond that, so I believe the problem is of how VRAM is reported showing more than what is available. Hopefully this can be addressed in a future update. 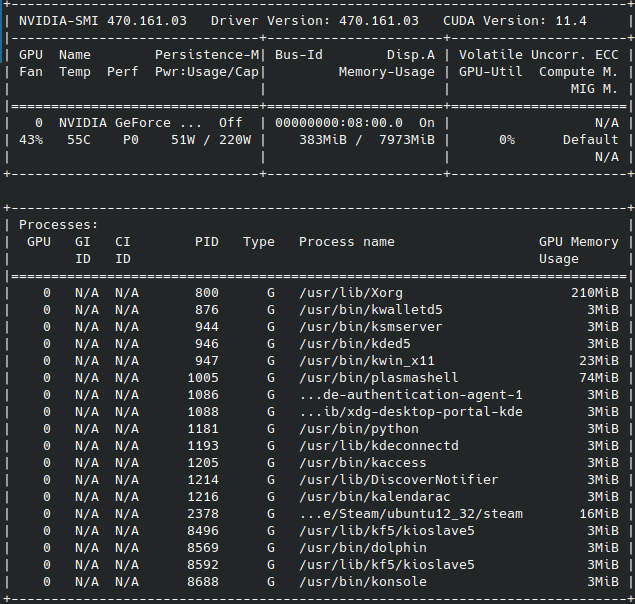 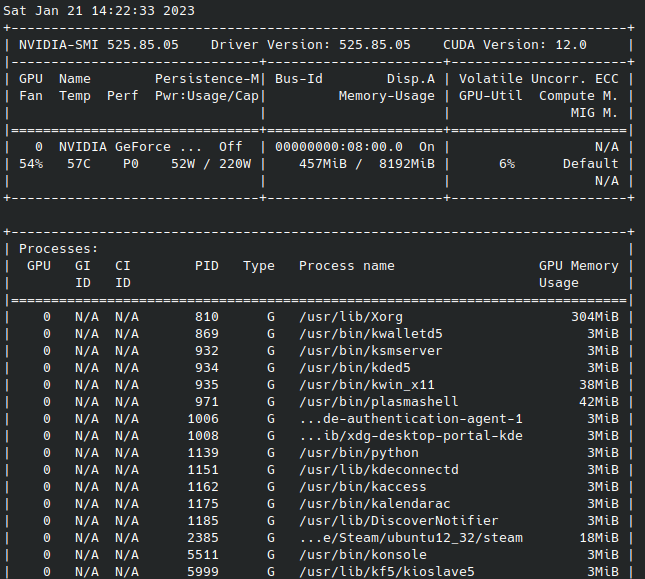 EDIT 3: That may not be the reason as well as checking on the model it seems that 8192 is the correct one, but something definitely changed to cause this effect either 495 or 510.

Final edit: Tinkering a little bit it also doesn’t seem to be the VRAM itself you can have 7,4GB of vram used and it would still degrade performance(good example: portal with rtx)…

I also very hope that this weird issue will be fixed. It makes 4gb GPUs (for example my rtx 3050 mobile) almost unusable on linux. Once vram usage reach 100% fps drops to 3-5 and never recover. Very strange that so critical bug don’t fixed so long time.

Do somebody know is it possible to submit issue directly to NVIDIA somehow?

Here is some other issue description:

## System Information - GPU: any nvidia laptop gpu (didn't test on desktop), te…sted on gtx970 and rtx3050 - Driver: nvidia 525.78.01 and older - Kernel version: 6.1 and older - CPU: Intel 10500h (hybrid graphics) - Proton version: all proton versions - Distro: tested on fedora (35, 36) and manjaro On all dx12 games (for example cyberpunk and star wars: jedi fallen order) when vram reach 100% fps in the same moment drops significantly and never back to the normal value (drops from for example 70 to 5-10). GPU load in this case displayed as 100%. So, looks like it start to use dynamic memory (ram) as dedicated (vram) instead of putting something don't needed to dynamic and using this free vram space (on windows it produce stutter, but not complete drop). I didn't test it with dxvk (i don't have so vram heavy dx11 game). Also I don't know is it actual for AMD GPUs. Issue is very critical for the 4Gb GPUs. Maybe this issue should be reported to some other place (nvidia? vkd3d?) but I have no ideas how to figure out which.

Definitely, if 8GB cards can feel such an impact, for anything less I’d be surprised if it is somewhat ok.
In regards to the topic I was able to find another regression, using DLSS instead of lowering VRAM usage it increases it(again no parity with how it is on windows) on a title like Ready Or Not, this behavior is not seen in Cyberpunk for example, but it is still a concern as to why it’s happening.

I have filed a bug 3958948 internally for tracking purpose.
Shall try to reproduce issue locally and get back to you if require any additional information.