Yes, the streaming works with the devtalk1065378_Oct25_prebuilts.tar.gz binaries. Ideally we’d be able to have all six cameras stream indefinitely (assuming no thermal issues). In practice, we’d have them running for ~8-10 hours at a time. The longest test I’ve done so far is ~2 hours.

I’ve been testing in a typical office environment with fluorescent lighting and some sunlight coming in through a window. It’s not low-light. I will try enabling ae-lock tomorrow morning.

I’m also curious what was changed in the binaries you provided? You mentioned increased internal queue buffers, was that the only change? It still seemed to hit the ISP related error, but there was no message spam or timeout in acquireFrame() when the error happened. Why was that exactly? That is actually the behavior we would like - if the ISP encounters an error on a frame, simply drop that frame and keep going - versus having the CaptureSession completely stop working.

camera architecture already support multi-cam use-case.
there’re several buffer transmit from low-level sensor driver layer to internal camera core stack, and finally rendering to frame display.
such Argus failure is due to a race condition between the buffer transmit to each stages, which only observed with high CPU loading.

FYI, according to Jetson TX2 Series Software Features of CSI and USB Camera Features.
you’ll also note that it did not claim running multi-cam solution with CPU stressed.

since I’m not able to recreate the failure in comment #6 with argus_camera application.
suggest you should also review your application implementation.
thanks

Also, it isn’t only observed with high CPU loading. High CPU load just triggers it more easily. If there’s a race condition that can happen with high cpu load, then it can happen with low cpu load. You’re just hoping that it’s infrequent, which isn’t a viable plan for something in production.

And then I get the high-rate repeated message spam:

What is the definition of CPU stressed to know when it should work or not?

What is the definition of CPU stressed to know when it should work or not?
it is NOT a realistic use-case by executing a test tools to stress CPU, (i.e. $ stress --cpu 5)
please share what’s your real use-case.

in addition,
we could share the pre-built libraries to tune the buffers in queue, the major purpose is to avoid the crash, also make the error decoding stats as non-fatal, just to return bad status.
please tried another pre-built libraries, devtalk1065378_Oct29_prebuilts.tar.gz
these also increase the timeout values and also configure the internal queue buffers.

again, a stress test tool to maximum CPU usage will induce frame-drop, that’s life.
you’ll need to evaluate the real workload, to have system optimization, to adjust priority…etc.
suggest you should also have system configuration, please refer to comment #2 for the steps.

to evaluate the workloads, you may use ubuntu default tool (i.e. $ top) to evaluate your system loading.
or, you could access nsight-systems tools to profile CPU usage.
thanks

>>> it is NOT a realistic use-case by executing a test tools to stress CPU, (i.e. $ stress --cpu 5)
please share what’s your real use-case.

This was mentioned in the other thread, but you are focusing too much on the use of the stress program. It is only an accelerant. It doesn’t have to be stress --cpu 5. It happens with stress --cpu 3 or 2 or 1… just not as often. I’ve hit them with only the argus_camera app running in multi-session mode and nothing else, and we have hit them under normal load. For example, just doing some image pre-processing and depth on the gpu with minimal cpu usage besides Argus. That’s why I came to the forum. The stress program is simply a tool that helps to trigger the issue more readily.

>>> again, a stress test tool to maximum CPU usage will induce frame-drop, that’s life.
you’ll need to evaluate the real workload, to have system optimization, to adjust priority…etc.
suggest you should also have system configuration, please refer to comment #2 for the steps.

Frame drop is perfectly acceptable. I expect that to happen as the system load increases. The issue is not dropping frames, the issue is errors happening under the covers with no clean way to recover as mentioned by ben.lemond in the original thread. The current behavior results in a huge amount of log spam and the CaptureSession gets into a non-recoverable state. Trying to get the cameras going again after this happens only occasionally works and sometimes results in a segfault. Those are the issues. Currently, it seems that all of these errors are treated as fatal even though it’s possible to drop the frame and continue (at least for some of the errors). Argus should provide a better way for client apps to deal with these errors that can happen under the covers.

>>> we could share the pre-built libraries to tune the buffers in queue, the major purpose is to avoid the crash, also make the error decoding stats as non-fatal, just to return bad status.

OK, that’s what I was wondering. So you made the decoding stats error non-fatal, which is why it can continue after it happens. That behavior is much better for us, but it only helps with that one error unfortunately.

My intention is not to be combative. It’s to get a reliable system in place. You say that CPU stressed isn’t supported, but don’t define what that means. If necessary, we can restrict our code from running on two cores in order to reserve them for Argus, but I have not seen evidence that this will eliminate the issue. Only make it less likely to happen - in the same way that lower cpu load does. Since it happens with only argus_camera running, it seem unlikely to me that reserving cores for Argus will fix things. Maybe you could explain why these issues become impossible if we reserve two cores or more for Argus?

I’ve hit them with only the argus_camera app running in multi-session mode and nothing else, and we have hit them under normal load. For example, just doing some image pre-processing and depth on the gpu with minimal cpu usage besides Argus. That’s why I came to the forum. The stress program is simply a tool that helps to trigger the issue more readily.

okay, I might jump to conclusion too fast.
according to CSI and USB Camera Features, Preview performance of 30 frames/second for 1920×1440 resolution with six OV5693 sensors running simultaneously.

I was working on a streaming application using argus with a 3-camera setup. I ran into the same issue:

And then I get the high-rate repeated message spam:

I am running R28.2.1 on my TX2 board with 3 IMX185 sensors. The drivers were provided by Leopard Imaging. Currently, Leopard Imaging does not have driver support for R32.2, which seems to have fixed some of these issues. Would R32.1 have the same fixes? Or, would I need to just wait for LI to come out with support for 32.2?

to clarify, we did had bugs for R32.1 for multi-camera use-case.
therefore, the next l4t release, R32.2 include the fix to address some race condition failures.

since we suggest based-on R32.2 for multiple camera use-case implementation,
suggest you should ask your sensor vendor for R32.2 driver support,
thanks

Let me clarify the L4T version you mentioned.

there’re JetPack release and also L4T sources packages.
however, it’s pre-built library update which only release with the JetPack images.

Sorry for the late response. I was focused on other tasks. To answer your questions:

>>> 1) may I know which sensor you’re working with, what’s the outputting resolution and frame-rate settings.

>>> 2) besides running with argus multi-session mode, could you please tried launching six argus instance to check if could reproduce the same failures.

I should be able to test this tomorrow, and will let you know the result.

>>> 3) you might also have confirmation to setup 6-cam streaming with v4l2 standard controls,

I tried 6 camera streaming with v4l2 and stress --cpu 5. It ran for 30 minutes (twice) without problems, maintaining 30fps. The commands used were:

Was that using argus_camera in multi-session mode with six cameras and stress --cpu 5? Or some other setup? and running for how long?

With 32.2, as long as we set a high (-20) priority for argus related threads, this issue happens pretty rarely under our normal system load.

I tested running six separate instances of argus_camera in capture mode, and am able to trigger the issue.

I also observed a separate issue related to multi-session mode, but it sort of fits here since it results in the high-rate repeated error spam. When running argus_camera (single process) in multi-session mode, if I switch the sensor mode it almost always triggers the following error (which is then followed by the high-rate repeating error messages):

Interestingly, the behavior appears different between single and multi process builds of argus_camera. If I repeat these steps with the multi-process build, I don’t see any errors show up in /var/log/syslog. The argus_camera app just hangs and becomes unresponsive.

I’ve hit this same problem on a Nano with a single raspberry (v2) camera attached, with the system sitting doing very little:

Created 15Gb+ of syslog until the disk filled. Seriously guys, if you’re not going to fix the underlying problem, at least fix the syslog spamming so it doesn’t take the entire system down with it. This is a ridiculous bug to have around for years without a simple fix.

System is quiet except for all the logging activity. It runs a process doing simple video streaming through gstreamer. Perhaps the nvargus-daemon is self-triggering stress conditions with the insane amount of logging?

This insane logging activity only occurs when gstreamer is active. The system is running Jetpack 4.4 with the latest kernel 4.9.140-tegra.

@kes25c were you able to resolve these issues? I am on Jetpack 4.3 and seeing the same error messages when streaming multiple cameras using gstreamer.

The issue was never fixed AFAIK. However, the combination of the 32.2 release (jetpack 4.2.1 IIRC) and bumping the thread priority for argus threads way up (we use nice -15) basically eliminated this particular problem for us. We run six cameras with pretty heavy system load for several hours a day, and haven’t hit it in a while. We are using the argus library directly, not going through gstreamer.

Any update or plan of fixing for this bug? at least if something crash inside can this service be restarted without rebooting the whole system?

@kes25c @SanjayD @sunxishan I add a repo with a description of all fixes for the camera work. Included information how run python opencv example and avoid error (Argus) Error InvalidState: (propagating from src/api/ScfCaptureThread.cpp, function run(), line 109)
and fix for the rebooting system (bludroid_pm module)
Hope it helps. 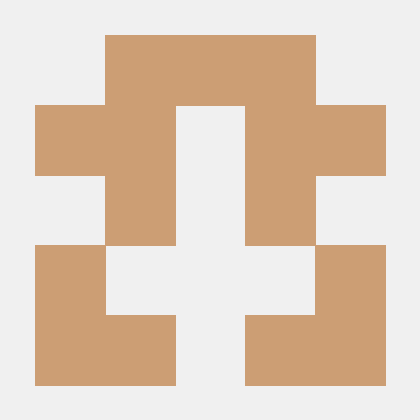 Camera streamer on jetson Xavier. Contribute to stanislavkuskov/jetson_gmsl_camera_streamer development by creating an account on GitHub.