Is Android be an option for K1? I am expecting CUDA(opencv) on Android in particular.
Though Google may support renderscript but is there roadmap heterogeneous computing from Nvidia’s perspective?

Android is not an option for the Jetson TK1 board.

However, production Android based Tegra K1 devices will support OpenCV+CUDA. Look for this in an upcoming Tegra Android Development Pack release (https://developer.nvidia.com/tegra-android-development-pack).

Why would android not be an option ?

If Tegra K1 devices can get it, why jetson could not get it ?

Can you please elaborate !?

Many folks out there would love to have a dual boot linux/android on such board.

Are you working for Nvidia ?
If no, can someone from Nvidia answer the easy question here, i guess if a product is just released it’s the right thing to do to answer the first questions, then the community knows and can answer itself for the newcomers who will more likely ask the very same thing again and again if we don’t hear from Nvidia officials.

It’s scaring that a new product reach the market and we see no one with a Nvidia profil or name answering anything… Hope that will change soon.

By the way, on the link you provided, there is a list of dev kit for previous SOC, quoted below:

Also, i have tried to google “Cardhu”, “ventana”, “dalmore”, “pluto” and “ceres” to find out how to get those dev kits from, haven’t found anything useful, do they really exist and where did we get them from ?

Please be aware that this library looks like a wrapper for actual CUDA function implementation with symbols end with @plt to link the body.

My question is, if Android OpenCV releases the CUDA wrapper, NVIDIA should have the CUDA library for released on Android also.

While it might be possible for somebody to make an android image that will boot on the TK1, I would imagine that Nvidia probably has 0 or close to 0 work done on a Kepler driver that will work on Android.

For TK1 they had to port almost the full desktop Linux driver from x86 specific code to something that will run on ARM. This probably didn’t take that long to do as the Linux driver already exists.

Android is pretty different so it would take a lot of work to get a full Nvidia driver working on it.
So I wouldn’t expect any decent android experience (with proper Nvidia graphics) on the K1 for a while.

One thing that I also speculate is that many of the important Kepler features can’t work on Android properly anyway. Or at least not the same way we use them on Windows/Linux. So major features would need to be redone from scratch just for Android, etc. 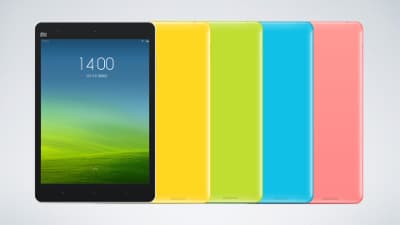 Fast. Xiaomi does everything fast. They sell phones fast. They develop blazing fast devices. Its Tegra 4-powered Mi3 was the world’s fastest phone at launch. They’re growing fast, too: Xiaomi is now one of the world’s largest smartphone vendors. And...

Very interesting. Now we have TK1 with Android for commercial market with all good functions enabled. The problem is do we have CUDA support on Android? Can someone in Nvidia CUDA team share us about this information?

I see in Tegra Android Developer Pack 2.0r9 it include:

I hope Nvidia update TADP, above all after Xiami MiPad release, for Jetson as soon as possible/

Any news about Android by nvidia team?

We too would be interested in having the ability to setup a Jetson board as an Android test platform, it’s much better suited to some kinds of development work than a regular tablet is since it can host a large external SSD :-)

Any news? The board will be available in Europe this week and Android support is important before to invest on this technology

From what I read, the outlook doesn’t look good :( 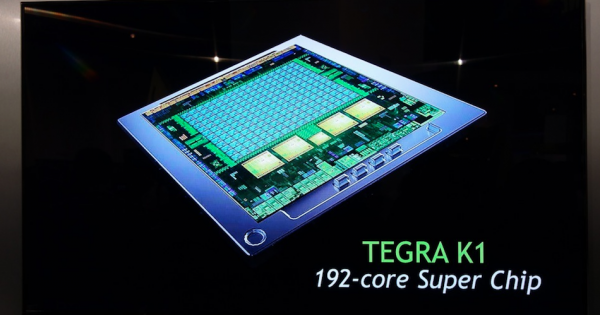 NVIDIA No Longer Focusing on Smartphones, Unless It’s the Porsche...

In an interview with CNET, NVIDIA CEO Jen-Hsun Huang has for-the-most-part admitted that his company is moving on from the smartphone market to instead focus its efforts elsewhere. After their Tegra 4i failed to catch on in the main-stream market,...

Edit: And just after posting this, I read rumors that a 64-bit tegra chip is going to launch in a Nexus 8. I will remain hopeful. I still remain hopeful for an i500 device too. I want one. Give me a K1 with an i500 radio please! :)

NVIDIA currently does not have plans to provide an Android BSP for the Jetson TK1 Developer Kit. Direct support is limited to Linux for Tegra.

Far cry from what your reps were saying at the GPU tech conference. I believe “Should be available late spring” was what I was told. Kinda money thrown down the drain from my point of view. Wonder why the rep even said this to me. What’s the point?

Quite disappointing. Is there any type of dev kit available for K1 on Android? Could be in NVidia’s interest to put those into the hands of the developer population at large, instead of only a select few. (I.e. Epic Games, Google, etc)

To be fair, the future of proprietary stacks and APIs is probably limited anyway. Android devs like me are probably better off focusing on the official offerings from Google.

I would love to see Android on Jetson TK1 as well. NVIDIA why dont you support Android, too? Ubuntu and Android dual boot would make this device perfect for many more things such as Android gaming. When we already have such a powerful GPU, expanding its usage to Android would be amazing!

Also, I am disappointed at the decision NVIDIA about support for Android. However, I hope that this will change. Just like my previous speaker, I believe that it is not okay.

Not for Jetson-TK1 Developer Kit but for Gaming Tablet (TK1) yes : http://shield.nvidia.com/gaming-tablet/

If you want to develop for Android on K1, use the Shield tablet…

If you want to develop for L4T (Ubuntu) on K1, use the Jetson…