I am porting the optixPathTracer sample that came with OptiX 7.2 SDK to my framework.
There is something wrong with the way the ceiling light (emissive material) is painted.
What should I check for this? 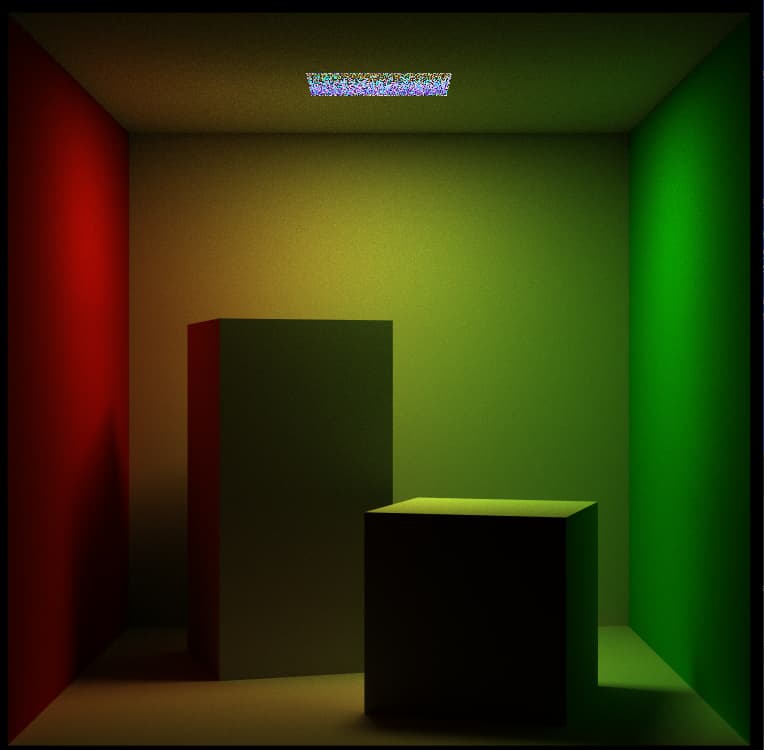 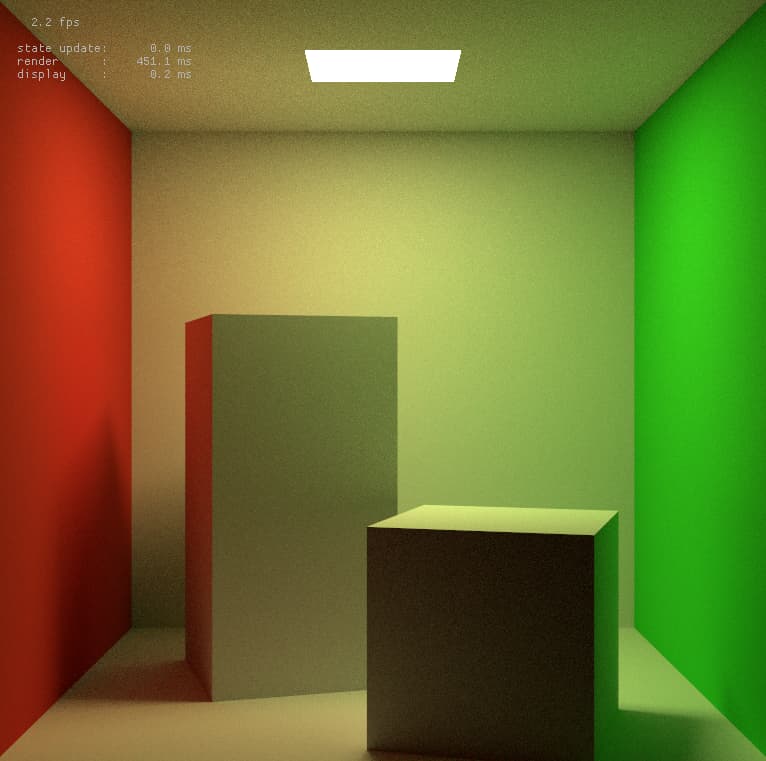 There is a known bug with the emissions inside the OptiX path tracer example which can be easily fixed.
See this thread: https://forums.developer.nvidia.com/t/trivial-bug-i-guess/196124

Thank you for your response.
I was inquiring what might be the reason(s) mine paints the emissive source differently

Yes, and I explained that there is an issue with the emission calculation inside the currently released optixPathTracer examples which can result in varying brightness visible on light surface when the path hits the light and reaches the miss program which would only be visible directly when looking at the image in HDR or using light intensities smaller than 1.0.

Since your image is a lot darker, I was assuming that your light intensity is lower, so that could be one of the effects you’re seeing if you used the same code and didn’t fix the miss program.

Questions of the type “I did something and it’s not working.” are hard to answer, so taking wild guesses here what could go wrong:

One of the simple scene descriptions there actually builds a Cornell Box. Looks like this: 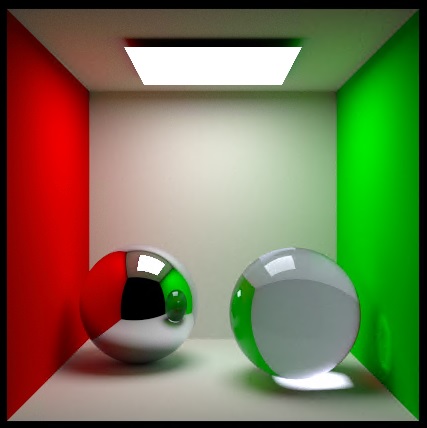