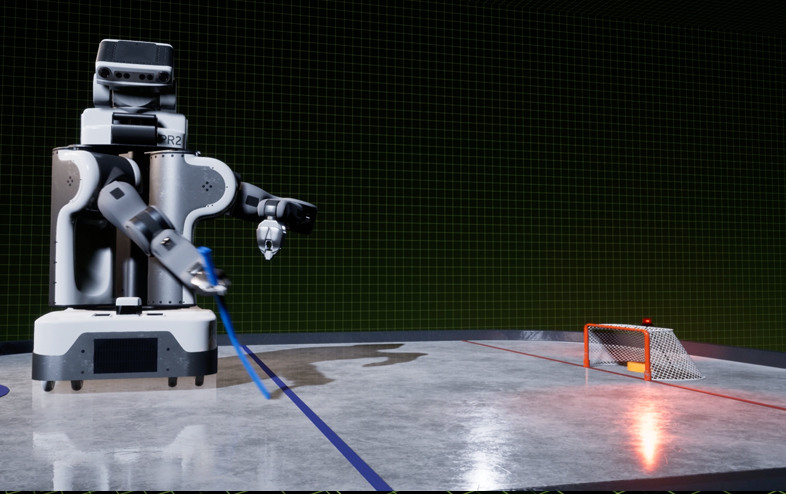 NVIDIA Ushers in New Era of Robotics, with Breakthroughs Making It Easier to Build and Train Intelligent Machines

Today NVIDIA ushered in a new era for the robotics industry, introducing breakthroughs that radically simplify the work of building and training intelligent machines.

In his keynote at the eighth annual GPU Technology Conference, NVIDIA CEO and founder Jensen Huang introduced the NVIDIA Isaac™ robot simulator, which utilizes sophisticated video-game and graphics technologies to train intelligent machines in simulated real-world conditions before they get deployed. The company also introduced a set of robot reference-design platforms that make it faster to build such machines using the NVIDIA Jetson™ platform.

“Robots based on artificial intelligence hold enormous promise for improving our lives, but building and training them has posed significant challenges,” Huang said. “NVIDIA is now revolutionizing the robotics industry by applying our deep expertise in simulating the real world so that robots can be trained more precisely, more safely and more rapidly.”

At GTC, more than 50 companies from around the world are showing robots capable of a huge range of capabilities, all of which incorporate NVIDIA’s Jetson platform, which enables fast, efficient processing of complex data on edge devices. They are capable of handling such critical tasks as search and rescue, elder support and industrial automation of tedious or potentially dangerous tasks.

Prior to deployment, robots must be extensively trained and tested. With physical prototypes, this can be expensive and impractical. Creating the complete environment a robot will interact with can be unsafe or very complex. Modeling all possible interactions between a robot and its surrounding environment can be highly time consuming.

The Isaac robot simulator advances these tasks by providing an AI-based software platform that lets teams train robots in highly realistic virtual environments and then transfer that knowledge to real-world units.

Isaac is built on an enhanced version of Epic Games’ Unreal Engine 4 and uses NVIDIA’s advanced simulation, rendering and deep learning technologies. Working within this virtual environment, developers can set up extensive test scenarios using deep learning training, and then simulate them in minutes – which would otherwise take months to perform.

Once a simulation is satisfactorily complete, the information can be quickly transferred to real-world robots. Developers can then iterate and tweak the robot testing methodology, trading intelligence between the two environments. Since simulations within Isaac are highly realistic and can be performed quickly, fewer adjustments are needed to the final product compared to traditional development.

To accelerate the development of advanced robotics on Jetson, NVIDIA partners are releasing open-source reference platforms for drones, submersibles, robots on wheels and other devices. These platforms provide building blocks for developers to easily create prototypes, helping reduce the time and money it takes to build robots from the ground up. 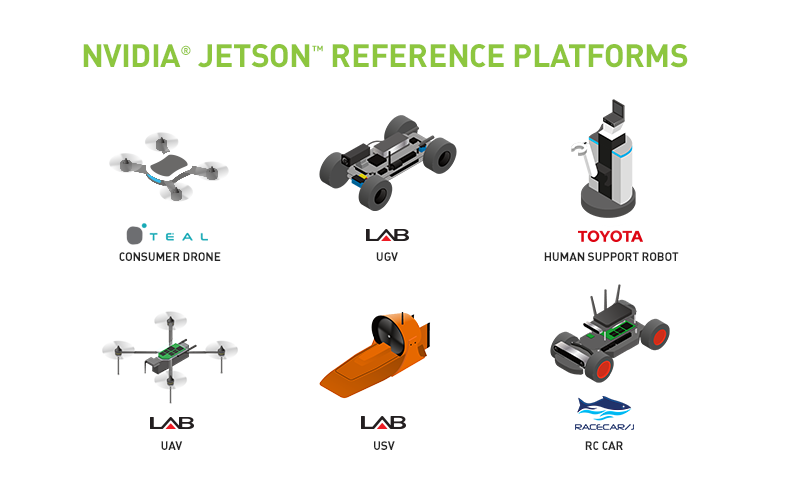 Among the companies at GTC using Jetson are Fellow for industrial robots; Starship, Marble and Dispatch.AI for delivery robots; Enroute Lab and Aerialtronics for search and rescue drones; Toyota HSR; and FIRST for high-school robotics programs.

Hi siquike, yes there are various point clouds available, we are looking into exposing the segmentation. Thanks for your question.