i was looking into this Orin document nvidia-jetson-agx-orin-technical-brief.pdf. 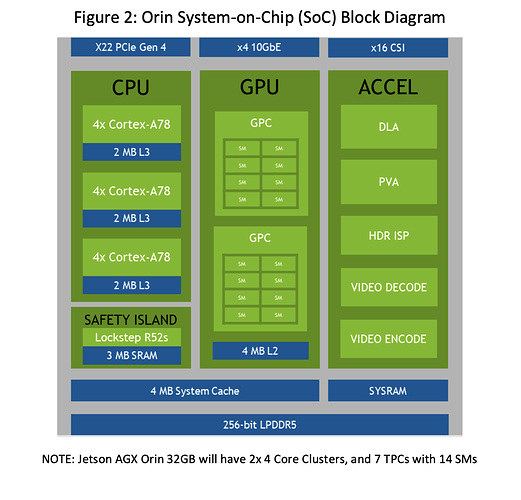 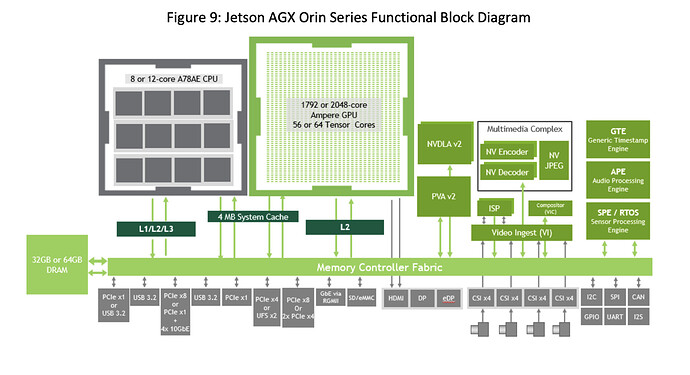 Could someone confirm what exactly the cache hierarchy is?

So the system cache should be a “L4” cache. Figure 2 is correct, and it would be great if the Figure 9 can be improved so people like me don’t get confused.

Yes, the 4MB System Cache acts as an L4 for the CPU.

Thank you for confirming that.

Meanwhile, I did some profiling using Rodinia-3.1 compute benchmark suite with various data size in Nsight Compute. I noticed that L2 writes always hit. I run the same workloads on a Tesla V100, a 2060 and a 3070. Non of them shows the same behavior. Could this be something potentially related to the system cache?