Can you add an [optional] auxiliary time-stamped text that can be used to assist in automatically cutting the audio to avoid false animations caused by background noise?
Because some long audio has non-speaking parts, there may be some noise, audiotoface will be animated in such cases, timestamp text can cut and mask the audio.
If you have timestamped text, you can omit the following steps:
Cut the audio manually into small segments, then enter each segment into audioToFace, then set the parameters one by one, then export them one by one, and finally merge them together

I can´t find the audio2face tool window, can you help me please?

It is own app. it should open like this: 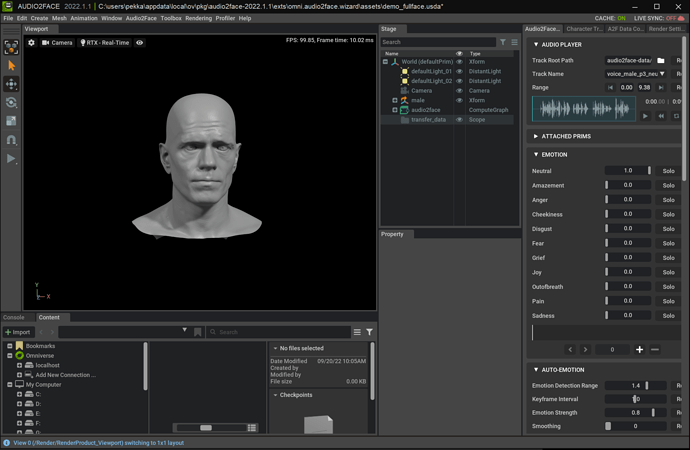 If you start two A2F apps at the same time, the other might not have that audio2face -tab.

We can consider that for future.

For now you do have a range setting that you can use to limit the in and out times of your clip.