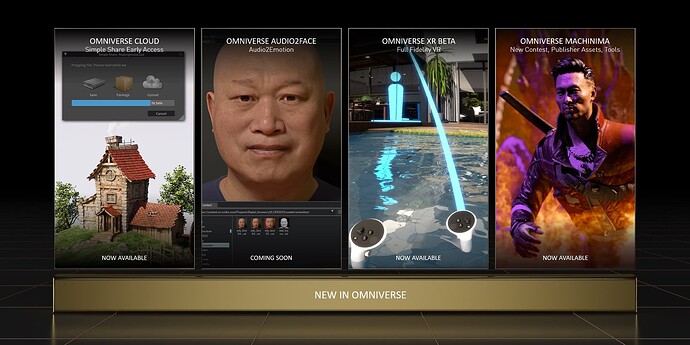 We hope you got a chance to watch the Computex 2022 Keynote. If you missed or would like to watch it again, a replay of the keynote can be found here.

Be sure to watch tomorrow’s presentation at Computex from NVIDIA’s Richard Kerris (Vice President of Omniverse Developer Platform), A New Era of Digital Twins and Virtual Worlds with NVIDIA Omniverse (Wednesday, May 25 from 8:00 p.m. - 8:30 p.m. PDT). Richard will share the enormous opportunities simulation brings to 3D workflows and the next evolution of AI. He will also touch on how enterprises can get a headstart with the NVIDIA Omniverse™ platform that enables real-time 3D simulation, design collaboration, and the creation of virtual worlds in the 3D evolution of the internet. Additional info and reminder tool: COMPUTEX Taipei - May 23-27 2022 | NVIDIA