But the installation failed with : ERROR: Unable to load the ‘nvidia-drm’ kernel module.

That doesn’t really look like a GTX780, the driver detects it as “unknown G9x” meaning some geforce 9000. Furthermore, it also doesn’t have an audio subdevice. This might be some reflashed fake card or badly damaged. What kind of monitor connectors does it have? 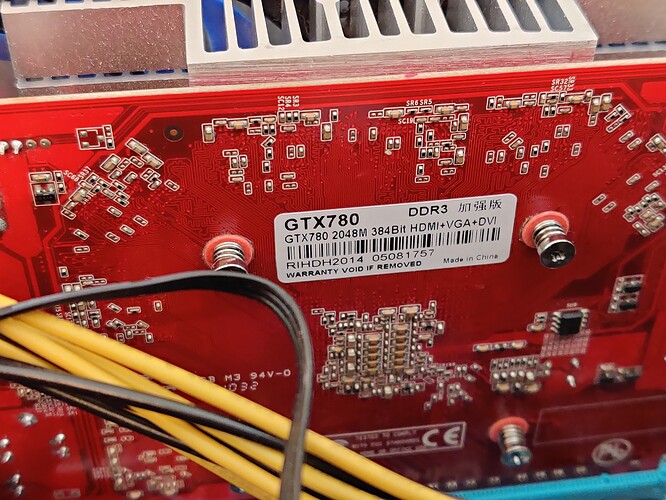 If you just bought it, try to get your money back.
What kind of brand did they sell it under?

Thanks for the reply.
it’s an old card i found at home. it’s very likely to be damaged or fake one . i will throw it away.