The KDE developers responded, “not my problem”, pointing fingers to the NVIDIA driver.

Look at this photo: 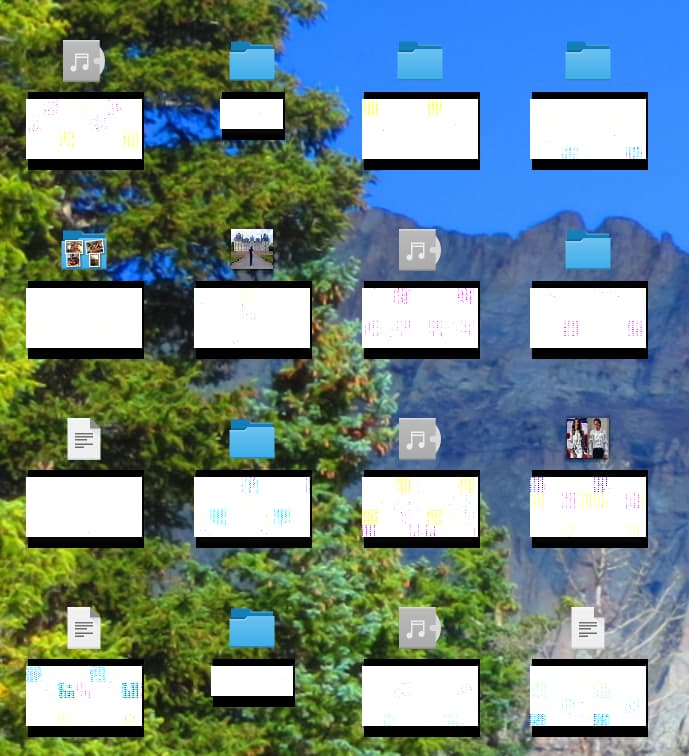 This happens when resuming from suspend, or when the whole desktop is covered. When repainting, for some reason the text part of the icons gets corrupted like this.

This is probably the result of a quirk of the way the nvidia driver manages memory for “volatile” data like framebuffer objects. The contents of FBOs are not preserved across VT switches, which includes suspend and resume. Recent drivers support an extension called GL_NV_robustness_video_memory_purge that applications can use to be notified when they need to re-render FBO contents.

You might want to chime in there to help direct the Qt devs.

This is EXTREMELY annoying and also happens to me every time I resume from suspend:
[url]http://i.imgur.com/LdnYQhB.png[/url]

If I were the Qt guys I wouldn’t bother doing anything as this “quirk” is really all nVidia’s fault. As is stated at https://www.opengl.org/registry/specs/NV/robustness_video_memory_purge.txt
“GL_NV_robustness_video_memory_purge” "will have a limited lifespan, as planned architectural
evolutions in the NVIDIA Linux driver stack will allow
video memory to be persistent. Any driver that exposes this
extension is a driver that considers video memory to be
volatile. Once the driver stack has been improved, the extension
will no longer be exposed.
"

The question should be what is the ETA of the improvements to the nVidia driver stack so that this serious issue will be fixed?

I got the same, and I agree that “This is EXTREMELY annoying and also happens to me every time I resume from suspend”.

Besides I got kernel conflict (every time) during the installation of Linux. Which EXTREMELY annoying as well.