Hello, I’m trying to import MetaHuman from Unreal Engine v4.26.2 to the Omniverse Create v.2021.1.1 using the Omniverse plugin. But it doesn’t import well. I’m missing some of the body parts like hair, eyes, eyebrows etc. Please see the screenshot below:

Please let me know which setting should I select in the Omniverse Plugin or elsewhere so that to be able to import the MetaHuman properly?

Thanks for trying out the Unreal Connector with Omniverse Create. There are a couple problems that you’re running into:

Thanks @LouRohan. Well, I will be waiting for you to fix the problem with the “grooms” then. Cause these metahumans don’t look good without it :) What is the ETA for that fix?

Pavel, I honestly can’t say when we’re releasing BasisCurve support in Create, but I know there’s ongoing work. I thought I’d paste an image of the BasisCurves from USD View (as I mentioned earlier). Also, note that we’re not exporting any proper color/material on the BasisCurves yet from Unreal. 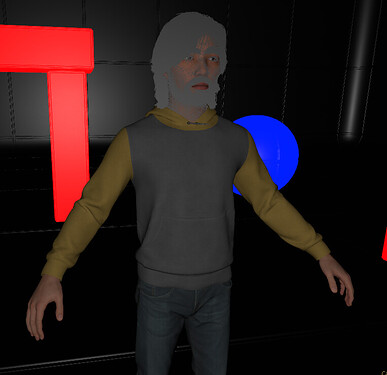 I just wonder if it might be easier/faster to make a plugin for UE4 instead, which would allow us to use the functionality of Audio2Face in UE4?

Also, we fixed the eye occlusion material export in 103.2 so now it will no longer be white or red when opened in Create.