Screen Capture does not work in OBS Studio on Wayland

Currently I do encounter an issue with OBS Studio on Wayland:
Capturing individual display using the Pipe Wire Capture source does not work reliably.

Selecting single displays will only capture the mouse pointer but the captured desktop keeps blank.
If you then intend to switch the screen to be captured Pipe Wire will stop doing so with the error message:
[pipewire] Failed to start screencast, denied or cancelled by user

What does work is a full desktop capture of all displays.
But that one comes with serve performance issues / FPS drops in the resulting footage.

Already reported this to the OBS Studio developers but they seem not to officially support Wayland on nVidia as of now.
That’s why I try my luck here :)

The full OBS Studio log can be found here: https://obsproject.com/logs/BiISQd9LNZcQKoz7

My system information are as follows:

If this is the wrong place to report this issue to I apologize and kindly ask if someone could guide me to the right direction.

Many thanks in advance,
V.

Read the nVidia driver readme for

Read the “Want to test Plasma Wayland?” sidebar on https://www.reddit.com/r/kde/

Hello there,
many thanks for the reply and dropping the very useful links.

Also read the appendix regarding known issues but can’t figure out if any of the mentioned limitations is related to the not working display share.

Side note: sharing individual Wayland and XWayland clients using just the Pipe Wire Window capture works fine.
It seems only the Desktop Capture seems not to work as expected.

According to all the things I’ve read and ensure I have everything setup correctly for this to work as it seems.

Is there anything else I might miss or could check if there is a configuration issue on my end?

Maybe the following will help…

"No matter what browser you are using, the WebRTC code will check that the environment variable :

is set in order to use xdg-desktop-portal.
It is set automatically when recent versions of wlroots and systemd are in use." 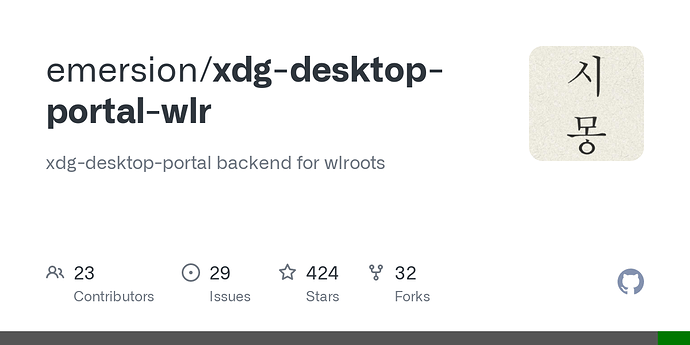 Chromium is the open-source project behind Google Chrome. We invite you to join us in our effort to help build a safer, faster, and more stable way for all Internet users to experience the web, and to create a powerful platform for developing a new...

“A libpipewire0_2 package containing the Pipewire 0.2 client library is also available, so that binaries like Chrome and Electron apps that can’t be patched to use Pipewire 0.3 can still work.”

“Make sure xdg-desktop-portal-wlr and PipeWire are running properly and add a “Screen Capture (PipeWire)” source in OBS.” 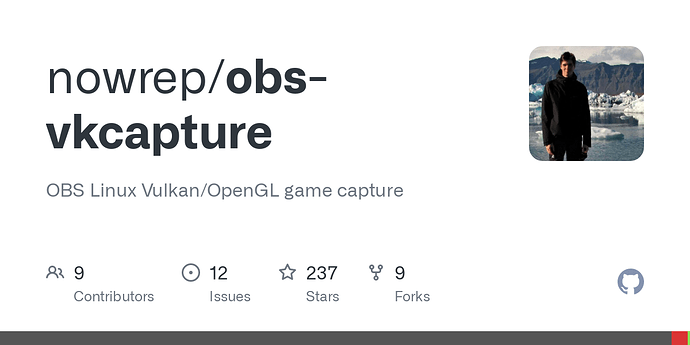 Pretty confident its not an nVidia issue.
Check out the Archwiki OBS Studio - Pipewire - Flatpak

“PipeWire also supports containers like Flatpak and does not rely on the audio and video user groups. Instead, it uses a Polkit-like security model, asking Flatpak or Wayland for permission to record screen or audio.”

It appears that importing gbm_bo's using eglCreateImageKHR() doesn't work on nvidia. Another issue is that Platform::createDmaBufTexture() uses gbm_bo_create(). The nvidia driver doesn't like that, it's preferred...