In the same line as External Extensions: Embedded Jupyter Notebook for NVIDIA Omniverse is the current one, this time for VS Code… 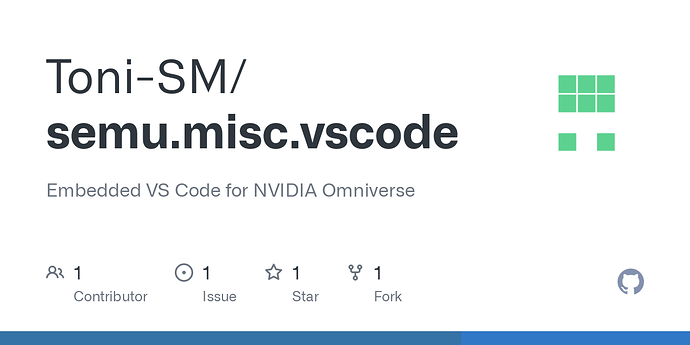 Embedded VS Code for NVIDIA Omniverse. Contribute to Toni-SM/semu.misc.vscode development by creating an account on GitHub.

Check the README for setup, usage, implementation details, and limitations

A new version of the extension (the VS Code extension - version 0.1.0) has been released…
With this version, a custom view container for Omniverse has been included as shown in the image 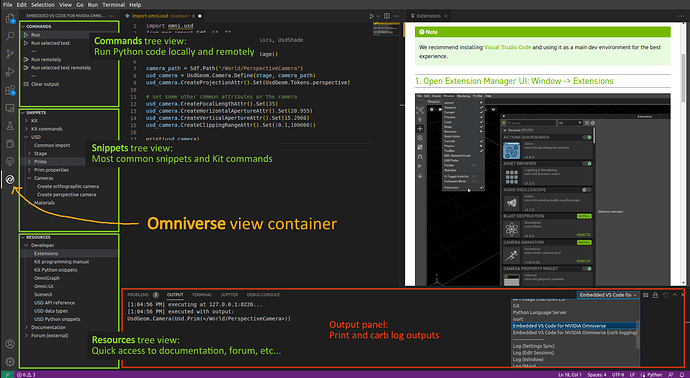 Snippets and specific resources for Isaac Sim and robotics will be added soon!!!

A new version of the extension (the VS Code extension - version 0.2.0) has been released…

With this version, more snippets and resources have been added… with emphasis on those related to Python Scripting Component (Snippets > Kit > Python scripting component) and Isaac Sim Core API.

In addition, a button has been added to expand the list of snippets and facilitate the search among all the available ones: