I want to change UEFI code.

UEFI How do I compile it? How to replace a UEFI system, or how to flash UEFI.

I can’t answer, but here are some URLs you might find useful despite being centered on x86:
http://x86asm.net/articles/uefi-programming-first-steps/
https://www.uefi.org/specifications

Should you be working with stages past the hardware firmware abstraction it should be possible to work with UEFI on the Jetsons the same way you’d work with a PC’s UEFI. 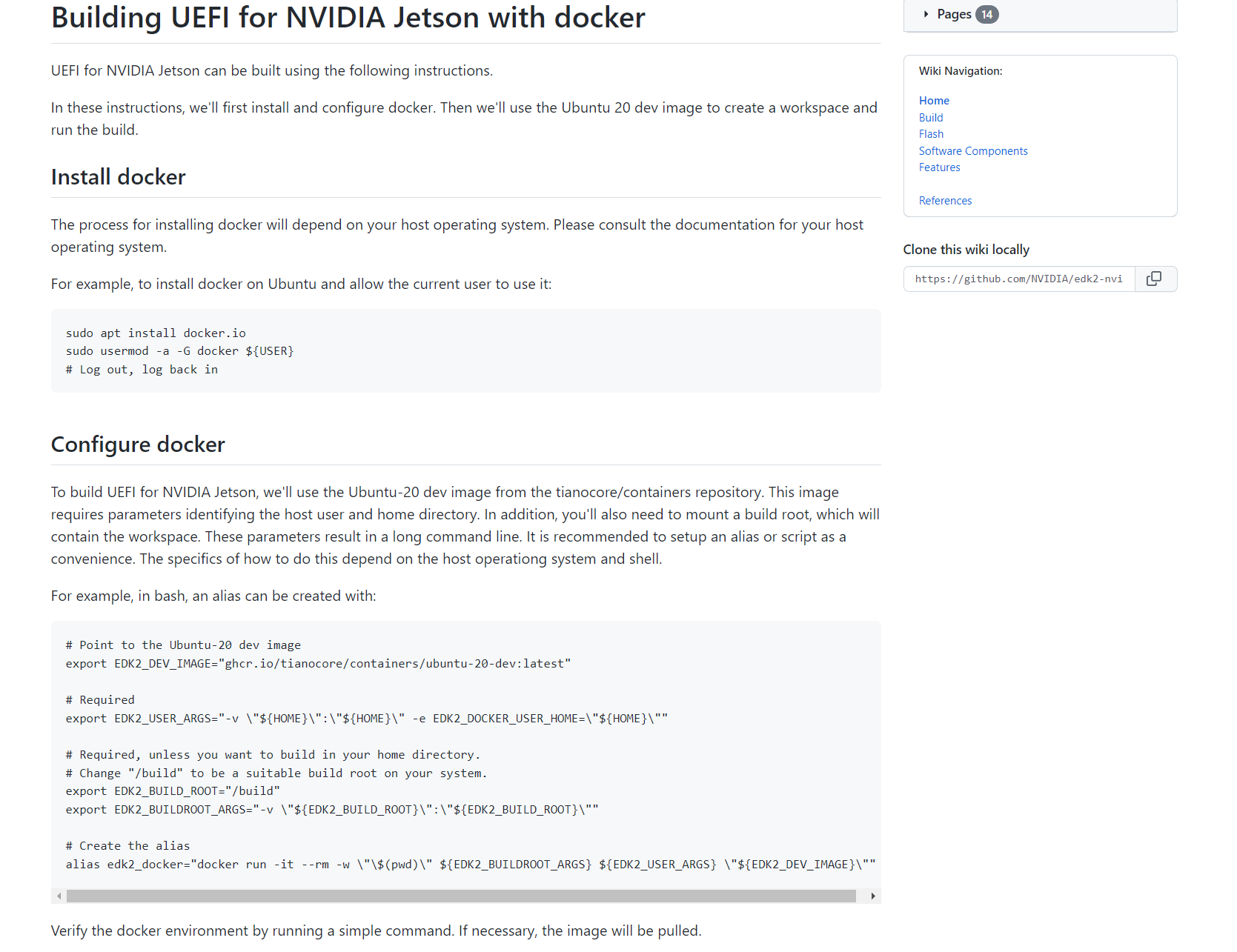 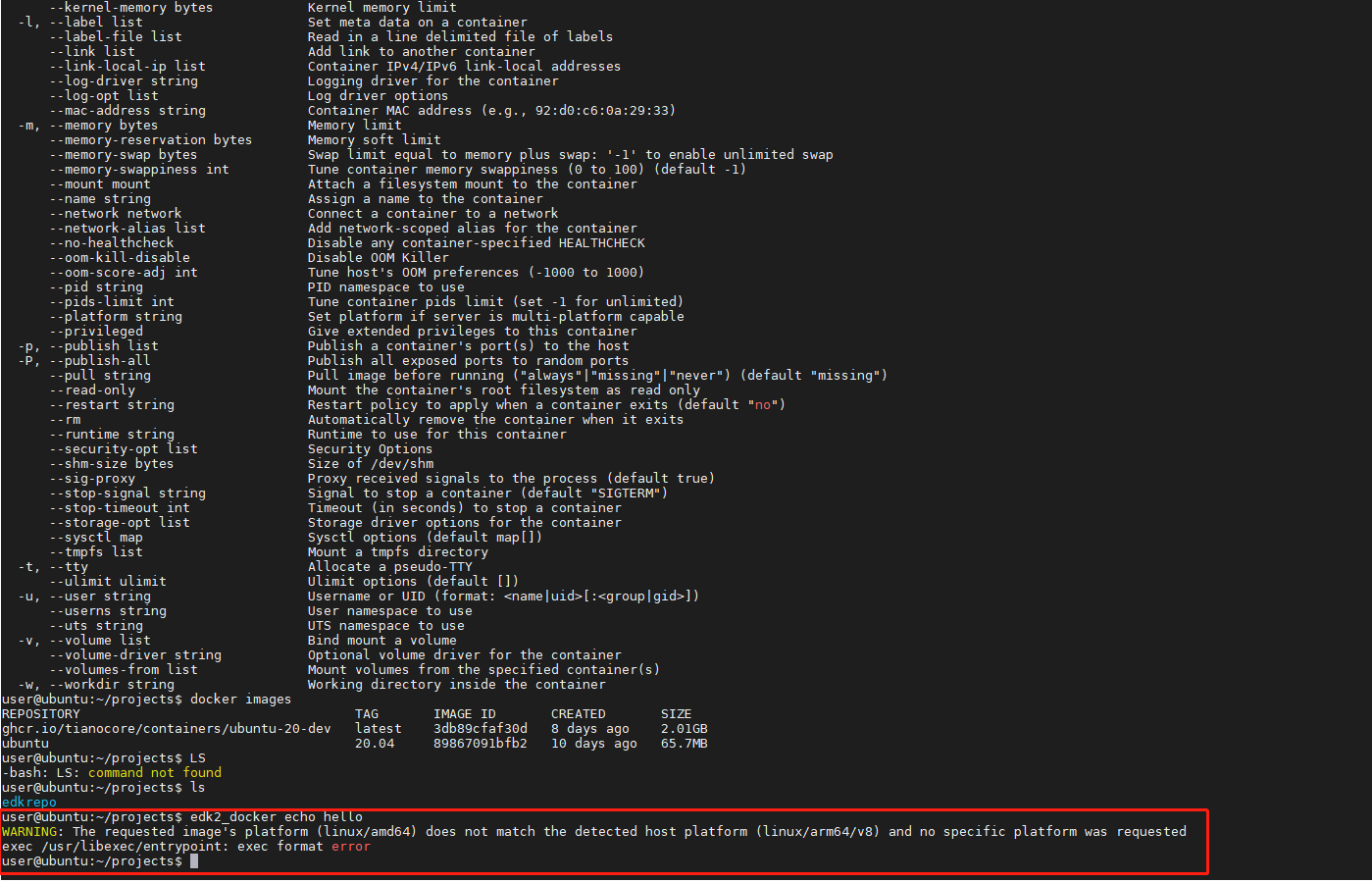 I followed this approach and built NVIDIA Jetson using docker.

When I use “edk2_docker echo hello” to validate the docker environment, it will get an error.

I do not have the ability to answer for your test case. I have not experimented with that. Someone from NVIDIA though probably knows the docker build document you are referring to.

Hi,
Would like to get more information about the use-case. You have the root file system on embedded eMMC. If the rootfs is crashed, you would like to boot to SD card and recover rootfs from eMMC. Is the understanding correct?

Yes, I need this feature.Which section should I start with?

My initial idea was to do this by changing UEFI code.