Sorry for the slow replies. Due to the complex nature of modeset sequencing, it’s taken a while to arrive at a solution that I believe will work everywhere. Unfortunately, I may have missed the cutoff for the next driver build, so I can’t promise that this will be fixed in the next release. I apologize for the delay in getting this fixed and I’ll let you know when I have better news.

387.12 doesn’t work for me; in fact, now I don’t even see HDMI audio as an option, the nvidia sound card has completely disappeared from my system I think.

I think fix for this available in next driver release and it will be available soon. 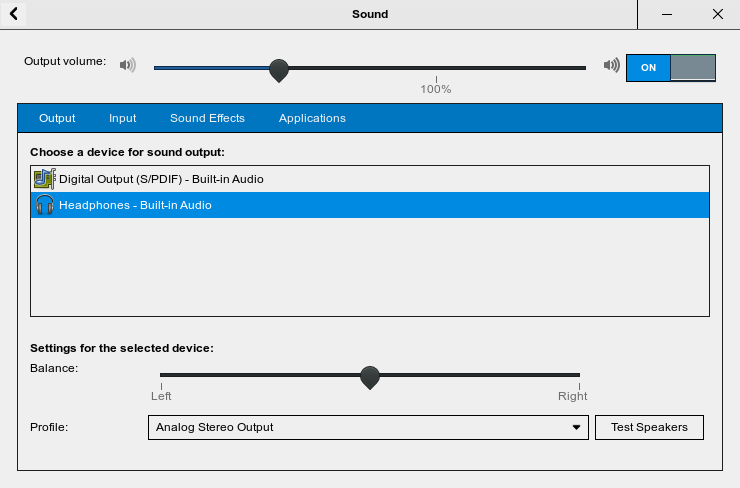 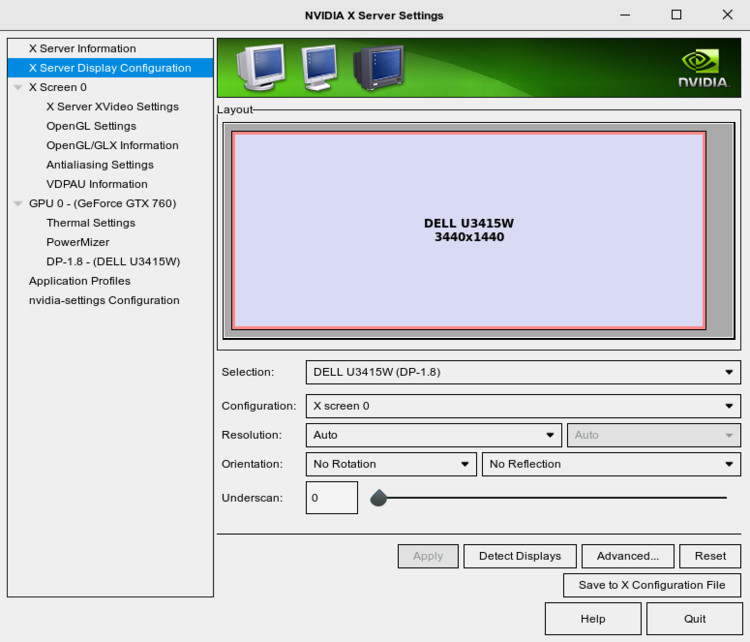 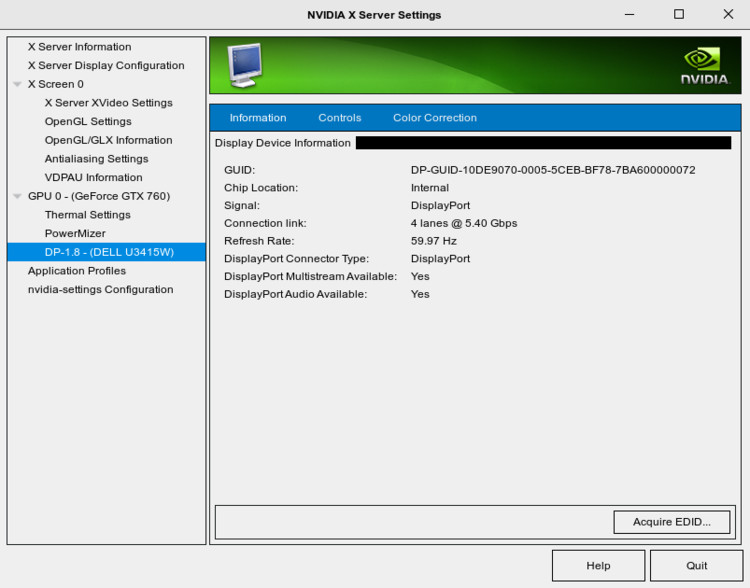 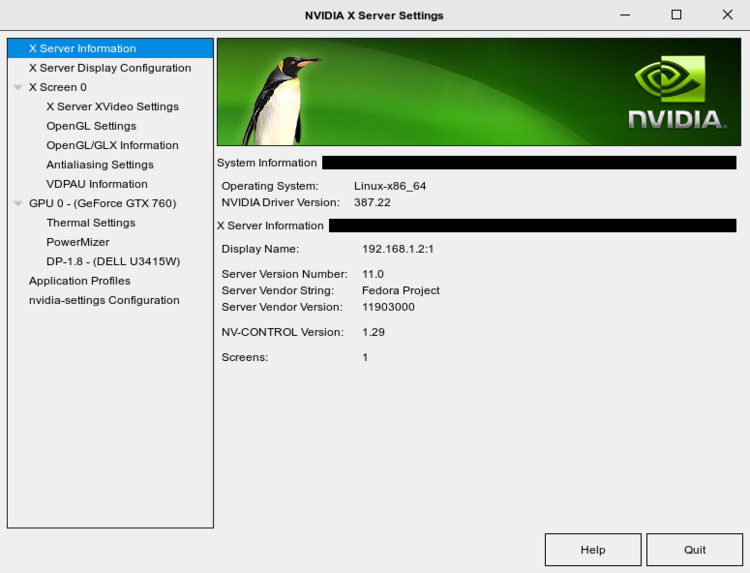 I think your issue may be related to this bug here

Hello! So I get no audio over HDMI, not only that, apparently I can’t get any HDMI audio output to show. I followed this guide but didn’t make any difference https://download.nvidia.com/XFree86/gpu-hdmi-audio-document/#_azalia Kernel 4.12.13 (tried...

modesetting=1 and prime sync is working so well for me, I almost forgot that I can use BIOS to set discrete graphics mode.
When I do this, I see NVidia HDA device output. I’m told that ‘HDMI 2’ is plugged in, and using that, I get audio over my display port connection to to my monitor.

So that’s great. But it doesn’t work when I’m in hybrid graphics, which I like to use since it’s a faster switch to low-power intel-only than flipping in BIOS.

Thank you NVIDIA for support ! 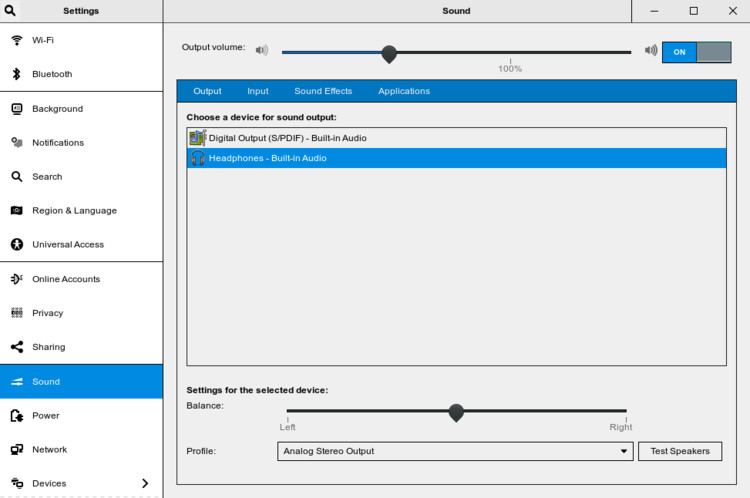 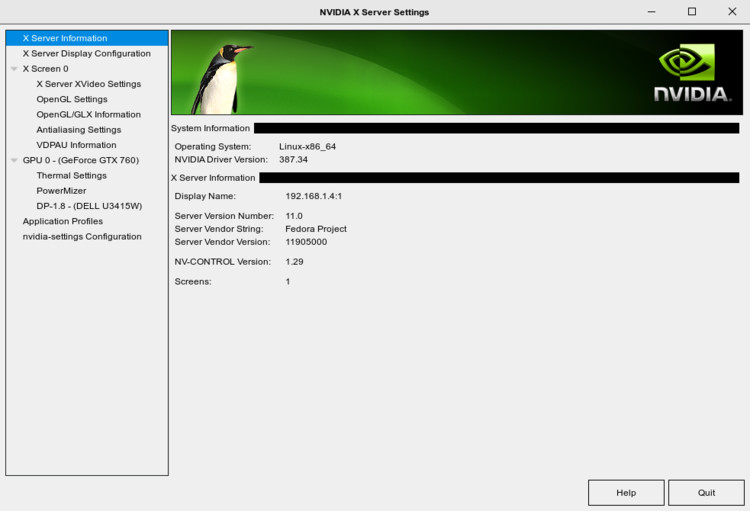 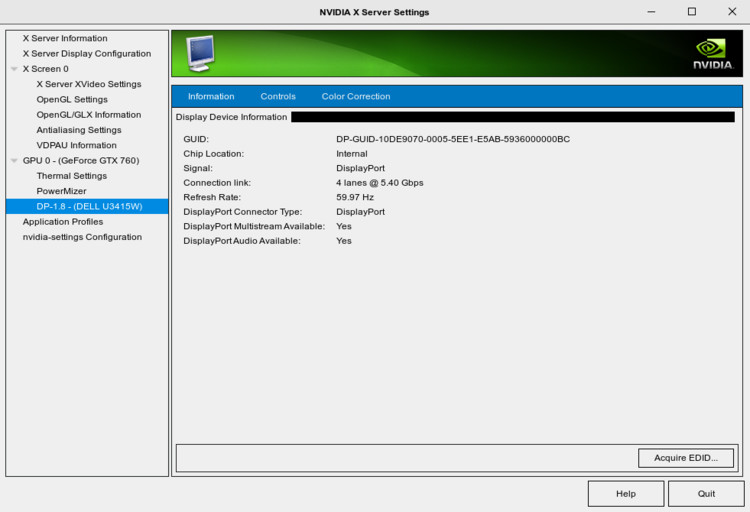 I’ve got some solution guys, I hope it works for some of you as well: I configured my monitor as DP1.1 (disabled DP1.2) and now the monitor device appears in my Sound Output list and sound works fine too.

I guess it’s related to this https://devtalk.nvidia.com/default/topic/982613/eld-is-not-valid-so-i-can-t-use-hdmi-dp-audio , it seems that multistream transport isn’t supported.

I dug a bit into what michael.valenciav mentioned about the missing support of audio over DP MST and it seems that’s a kernel problem. Dave Arlie made patches for that but those were ignored and still not in kernel because nobody cared:
[url]http://www.spinics.net/lists/intel-gfx/msg68973.html[/url]

Hi thx for info
after reported bug to bugzilla.redhat.com
the answer is :
I’m sorry but we do not support the binary NVIDIA drivers, please ask for support in NVIDIA’s forums.

Afaik, HDMI audio is handled by snd-hda-intel driver which is developed at alsa project. Either ask there about general DP MST support or Dave Airlie where he has given up.

A (not very hopeful) update. I was looking info about the kernel (as generix suggested) and in fact I found that DP MST support is added in kernel 4.11 (The New Features Of The Linux 4.11 Kernel - Phoronix). My current kernel version at the time was 4.10 so I upgraded to 4.14.5 (latest stable), reinstalled the Nvidia driver 387.34 … but everything works just like before: only getting audio over DP1.1 :(

Maybe it’s because i have a Ryzen processor, i don’t know…

At least this shows that my impression that the kernel was lacking mst audio support in general was wrong, it was obviously added. So we’re back to the state that nvidia has to make use of it and add it to their drivers, too. So far only intel gpus support this. Don’t know about amd.
Since this was initially a thread about DP audio not working at all, maybe open another thread with a more relevant title asking about mst audio support.

I’m using Display Port to connect my laptop to a LG Ultrawide monitor. With NVidia driver version 340.102, sound was working perfectly. Now with 384.111, no sound!