Hello, I was trying to render an alembic fluid from tyflow in the Omniverse Create, but I have some problems with it. I have separate moving surface where fluid is flowing and it follows it perfectly in 3dsmax, but in the omniverse the alembic fluid follows surface completely unsynchronized. Sometimes it goes 1 frame forward, sometimes 1 frame backward from the original tyflow animation. I tried same files in Houdini and it works fine. I tried converting alembic file to usd but the same problems occurs. Second problem that in some random frames it produces ugly artefacts and it looks like all vertices merged together. I tried to completely remesh fluid surface in Houdini but artefacts still occurs but in other frames. It looks like Omniverse have some problems with animated surface and changing vertex counts in it.

Hi @Aqualonix. Do you have a sample alembic file that we could take a look at to debug this?

Hi! Where I can send you the file? 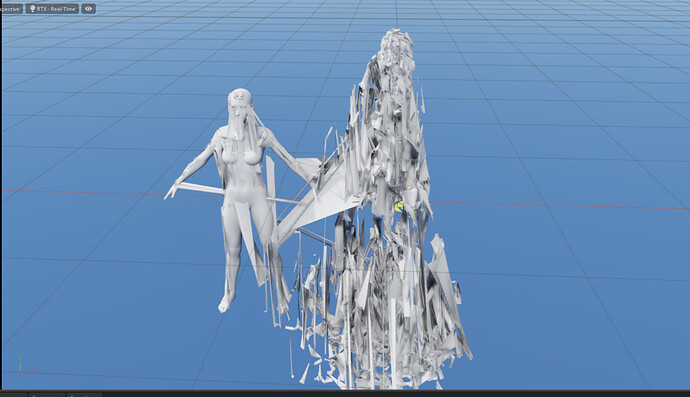 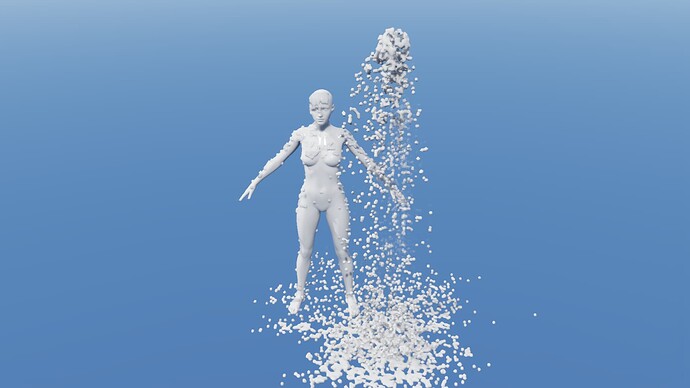 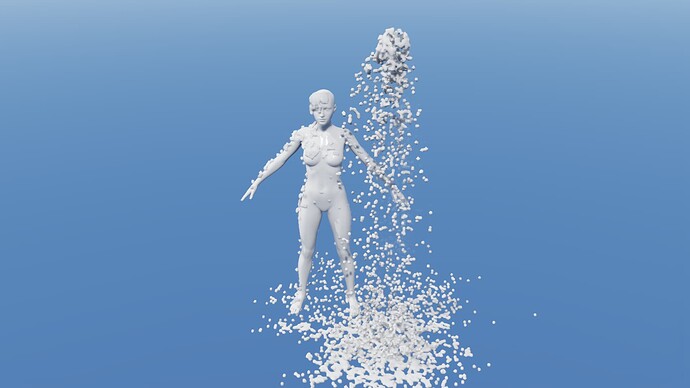 @Aqualonix I received the test data, thank you! Working on triaging this now.

I can reproduce the frame offset issue, but I haven’t been able to repro the tangled mesh. Let me know if you have any specific repro steps for that one.

Hmm, there are no special steps for this. I can just hit play in the timeline and can see the artefacts on some frames.

@Aqualonix I’ve filed OM-52993 for this bug. Thanks for reporting it!

I’ve found that tangled mesh will appear the more polygons object has. So if the fluid gets more complex over time, then the tangled mesh appears more often at random frames.

Hello again, I really hope someone reads it. I’ve found that the tangled mesh wont appear if I set Interpolation Type from Linear to Held in the Stage menu in the Create Preferences. However, it introduces another problem with all other animation in scene! Animation frames starting to duplicate. So on the final render frame 500 and 501 (for example) looks the same. It creates stutters in the final sequence. I hope someone looks into it. It looks like when I set Linear interpolation, app tries to interpolate changing fluid surface, but since the fluid has different number of vertices on each frame the tangled mesh appears. Maybe you should change interpolation type setting from per scene to per mesh. It will help.

Thanks @Aqualonix! All of this info is very helpful. I’ve added it to our internal ticket.

Devs, any chance for a fix? Please look at this, literally one bug stopping me from using the omniverse create for my main renderer.